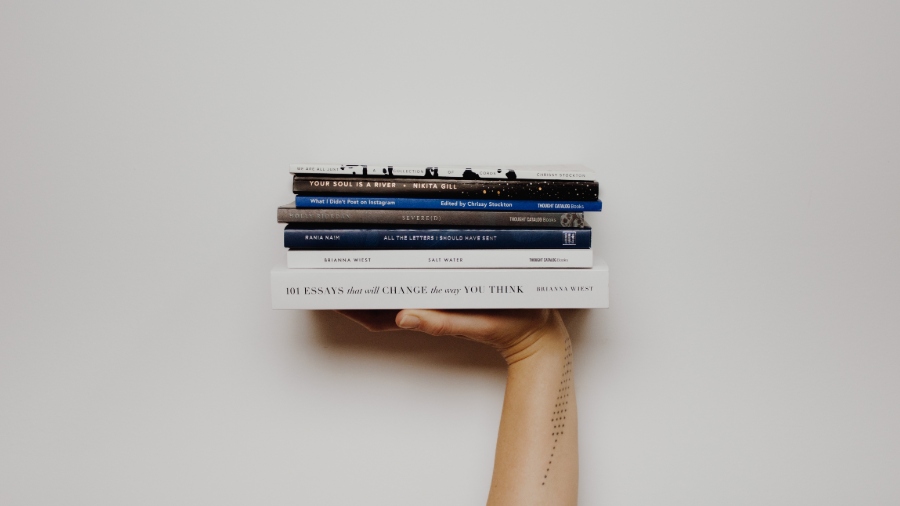 The first book I can remember reading, or rather, looking at, was a book about how babies develop in the womb: A Child Is Born by Lennart Nilsson. Actually, that’s the name of the English translation. My mom is Swedish, and she has the Swedish version, Ett Barn Blir Till. My first sibling, Hanna, was developing inside my mother.

I remember sitting on my parent’s bed with my mother as she showed me the photographs illustrating what my little sister looked like at that point in the pregnancy. My sister was born when I was three years and two months old, which helps to date my memory of Ett Barn Blir Till as one of my earliest. This book helped prepare me to be a big sister.

Recently I pulled the book out of the bookshelf and looked through it again. (A google image search of the book title lets you see some of the amazing images.) It’s become a classic for its photographs of the stages of development inside the womb, from conception to birth. There are some incredible close-ups we didn’t look at when I was 2: sperm and eggs, and live birth.

I remember sitting on my parent’s bed with my mother as she showed me the photographs illustrating what my little sister looked like at that point in the pregnancy.

Looking back over the images in the book, they have new meaning. Human development is so beautiful. There’s no point along the way in which we can say, “Oh, now it’s a human, and the day before it wasn’t” — except for conception. It’s the same being all along, developing rapidly.

This is the second in The Stream‘s summer 2019 “Books That Formed Me” series. Editors, writers, and friends of The Stream will share the books that helped make them who they are. See Managing Editor Al Perrotta’s list here.

Another fond memory comes from a few years later. This time I’m curled up with my father on my parents’ bed, asking him to tell me yet another Bible story before he would make me to go my own bed. They were so interesting. I couldn’t get enough. “Well, let me think of another,” he said.

I remember him telling me the one about Jesus healing a man possessed with a legion of demons. The demons go into a herd of pigs and the pigs run into a lake and drown. By the time I started going to an American Sunday school at age 5, I had a head full of Bible stories. My teacher called me Bible girl. “Put your hand down, Bible girl. You’ve answered enough questions today.”

In grade school and middle school I remember going to the library for chapter book series like The Boxcar Children and American Girl. I was home schooled from third through eighth grade, and my mom read to me and my younger siblings. I remember Little House on the Prairie. These books taught me something about American history. I frequently imagined what it would be like to introduce one of the book characters to all the modern technologies I lived with. What a foreign world the present would seem, compared to the past.

A Modest Proposal’s Impact on My Thoughts About Abortion

In high school I liked To Kill a Mockingbird, though I can’t tell you exactly why. Jonathan Swift’s 1672 satirical essay A Modest Proposal also sticks out to me. The full title is a good summary: A Modest Proposal For preventing the Children of Poor People From being a Burthen to Their Parents or Country, and For making them Beneficial to the Publick.

Swift put forward several reasons for creating a system in which the impoverished Irish women could make money by producing babies for human consumption. Revolting, right? But he had good reasons. This system could lift the women out of poverty by giving them work. It could provide food for Britain. It could reduce the population of impoverished people.

Reflecting, I realized the best reason not to have such a system is because it’s inherently immoral. It might have had all sorts of benefits and might have alleviated human suffering. That’s if you don’t count the suffering of the babies. And the women who would give up their babies.

To me, the parallel to the abortion debate was strong, and I never forgot the lesson: People can rationalize great evil and come up with lots of reasons why the moral evil is better than the suffering of the alternative. It’s still horribly wrong. It violates human dignity by killing the innocent. It seemed to me that this moral principle was simple, and yet fully sufficient to answer the questions of abortion and infanticide.

Happiness, Freedom and Friendship with Boethius and Aristotle

From college, a couple of books stand out to me, both from the first semester of my Integrated Humanities class: The Consolation of Philosophy by Boethius and Nicomachean Ethics by Aristotle.

From Boethius I learned that we all want to be happy, and we all act in the way we think will make us happy. True happiness is found in God alone. But we don’t automatically know that God is what we truly want. This informs what freedom is. Freedom is the ability to act in a way that leads us to happiness. The simple ability to do what we want is not true freedom. Not until our will is in line with God’s will. We find true happiness in God, and true freedom in desiring God. Consoled by this philosophy, Boethius could be both free and happy after having lost everything. He had fallen from power after being deemed a traitor and was locked up in prison, awaiting death.

This definition of freedom informs what I think about the state of our society. How often is our desire for freedom to do what we want totally divorced from that which leads to true happiness? How often do we walk straight towards destruction and death instead of the source of life?

One thing I learned from Aristotle is that our friends can be a law to us to help us grow in virtue. As children we have our parents to discipline us. As adults we need friends to fill a similar role. The laws of the land are limited in their ability to teach the kind of growth in virtue we need. But if we choose the right friends, they will be a helpful law to us. They will stand in the way of us blindly continuing on as the people we don’t want to be.

I don’t want friends who simply sympathize with my struggles and enable me to stay the same. I want to grow. Several good friends in college were willing to confront me and teach me. I pray for more such friends now. Come to think of it, this is a role of the Holy Spirit.

Since graduating from college a couple years ago, I wanted to feel closer to God. A pastor friend recommended The Practice of the Presence of God by Brother Lawrence. I started listening to the audio book on my way to and from work. It’s a very small book, so I played it through multiple times.

What a longing it creates in me to know God with the intimacy that Brother Lawrence did. A Catholic monk from the 17th century, he practiced a continual awareness of God’s presence. He was so satisfied in God. He left an impression on all that met him, so much that they started talking about him to others and asking him how he cultivated this awareness of God. The book is a collection of letters between himself and others, and from people writing to tell others what they learned from him. I long to be this marked by God’s presence.

Another amazing book I’ve discovered since graduating is the one I’m finishing up now: A Heart For Freedom by Chai Ling. Chai tells her story of becoming leader of the student movement of Tienanmen Square. Her memories of the Beijing Massacre of June 6, 1989, help me to understand this important historical event from an insider’s perspective.

I’ve just gotten to the part where she starts All Girls Allowed, a non-profit to fight gendercide in China and around the world. China exacerbated gendercide through forced abortions under the One Child Policy. Her story is one of searching for life purpose and wanting to make a difference. She finds her life purpose in God. God leads her then to fight this battle against the great evil of gendercide. It’s a beautiful life story.

These books express some of my greatest desires. I want to fight for human dignity, inside the womb and out. I want to be a friend and grow into a more virtuous person. Following Boethius, I want to find my happiness and satisfaction in God. Following Brother Lawrence, I want to experience the presence of God and carry it to others. I want to follow Chai in fighting whatever battle against evil God gives me to fight.

Aliya Kuykendall is a Staff Writer for The Stream. You can follow Aliya on Twitter @AliyaKuykendall and The Stream at @Streamdotorg.