Knowing God as a Forgiving Father

Dr. Michael Brown stole from his own father. He shares the lesson he learned about forgiveness and the Father's love. 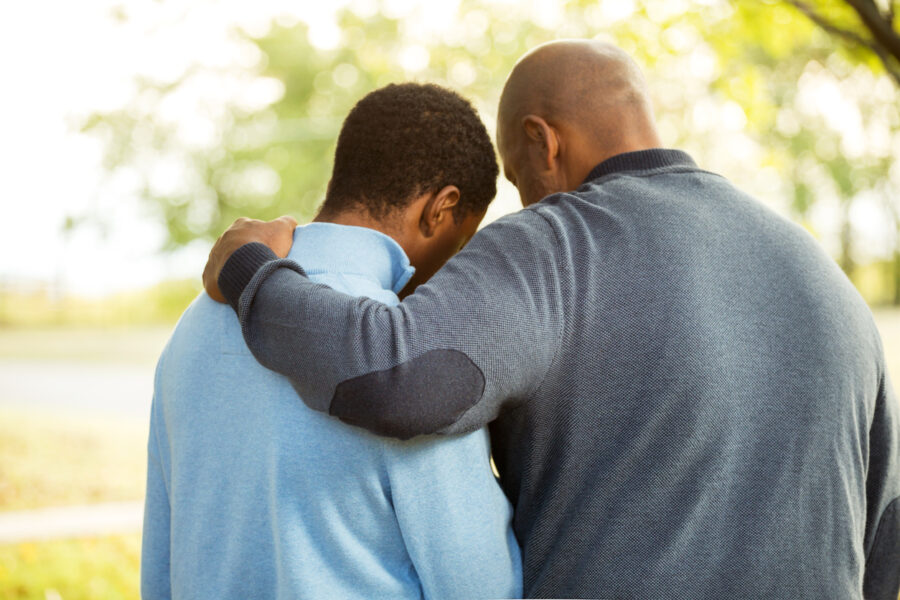 As many of you know, before I came to faith in Jesus in late 1971 as a 16-year-old, Jewish, hippie rock drummer, I was a heavy drug user, even boasting about my drug use. I also broke into a couple of houses with my friends, as well as a doctor’s office. (The primary motivation was just to do something crazy.)

Even more shamefully, I stole money from my father on several occasions when some of my friends needed a few bucks. This was the most despicable act of all.

A few weeks after coming to the Lord, I was sitting in the kitchen one night talking with my dad, who was the senior lawyer in the New York Supreme Court.

As we sat there alone, he asked me a direct question: “Michael, did you steal that money from me a few months back?”

Not only had I stolen the money, but I had cut through the screen door in the back of the house to make it look as if someone had broken in. When my father came home and saw the damaged door and the money gone, I told him friends of mine had stolen it. To punish me, my dad said that none of my friends could come over to the house again. But I was sure he knew I did it.

Since I was a believer now, I couldn’t lie to my wonderful, kind-hearted dad. But I did. I told him I hadn’t stolen the money.

With that I went upstairs to my bedroom and fell to my knees, feeling miserable.

Immediately, I was stricken with the Spirit’s conviction, and I knew I couldn’t lie to my father. So I told the Lord I was sorry for lying and that I would tell my dad the truth.

At that moment, all sense of conviction left, and I thought to myself, “Well, maybe it was enough to tell the Lord I was sorry. Maybe I don’t have to tell my dad.” But like a holy dagger, conviction hit me again and I said, “All right, Lord, I’ll tell him the truth.”

So, I went back downstairs where my father was still sitting, and I told him what I had done.

As remarkable as this sounds, this is how my father responded (and he was not a believer in Jesus at that time).

He said to me, “Michael, when I saw the money missing I knew immediately you had stolen it, and I forgave you on the spot. But what hurt me was that you had a need and didn’t come to me for help.” That was my earthly father! Can you imagine what it was like to have a father like that?

A Friend’s Tragedy Colors His Relationship With the Father

That’s one reason I believe that, for almost all my years, in the Lord I have never doubted my heavenly Father’s love and approval. That’s also part of the reason I walk in a deep sense of security, why I find it easy to receive forgiveness when I have fallen short, and why walking in grace seems as natural to me as breathing air.

But I fully understand that many other committed believers do not have this same experience.

My closest friend at that time was my partner in crime before I came to faith, becoming a believer a few months before me. And as young believers, we were zealous for the Lord, spending hours each day in prayer and the Word.

Yet I also noticed a distinct difference in our relationships with the Lord. When he messed up in some minor way, he would feel condemned, as if God was against Him, making him like he was in the dog house the rest of the day.

When I messed up in the same way, I would immediately turn from that sin and receive forgiveness from the Father, continuing my day as if nothing had happened. This got me wondering why was it so easy for me to receive the Father’s love but so much more difficult for him.

Some time later, he told me about the tragic death of his father before he became a teenager, and I began to put some pieces together.

His dad had been at a Nathan’s hot dog stand on Long Island in the early days of hallucinogenic drugs, and someone secretly spiked the mustard with LSD. His father, having no idea that the mustard was spiked, put it on his hot dog. When he started to have hallucinations, he thought he was losing his mind, and for many months after that he would have flashbacks. Finally, in mental torment, he killed himself.

I immediately thought to myself, could this be why I find it so much easier to receive forgiveness from God than he does?

And that’s why I share this story in celebration of Father’s Day, with two simple takeaways.

First, earthly dads play an incredibly important role in the spiritual, emotional and mental development of their children, even more than we understand. I urge every dad, recognizing our many failings and weaknesses, to do our best to model the Heavenly Father to our own kids. And always do your best simply to be there for them and let them know that they are important to you.

Second, if your earthly father did not set a good example for you (or, if you never really knew your earthly father) and you struggle with your relationship with God, then go to the Father with honesty and candor. Ask Him to reveal His true nature to you and to heal the wounds that may remain from your past. His love can conquer all.

He does not deal with us according to our sins, nor repay us according to our iniquities. For as high as the heavens are above the earth, so great is His steadfast love toward those who fear Him [meaning, to honor Him with reverential awe]; as far as the east is from the west, so far does He remove our transgressions from us. As a father shows compassion to his children, so the LORD shows compassion to those who fear Him. For He knows our frame; He remembers that we are dust.

What a Father we have!