Kate Hudson’s Daughter and the Challenge of ‘Gender’ 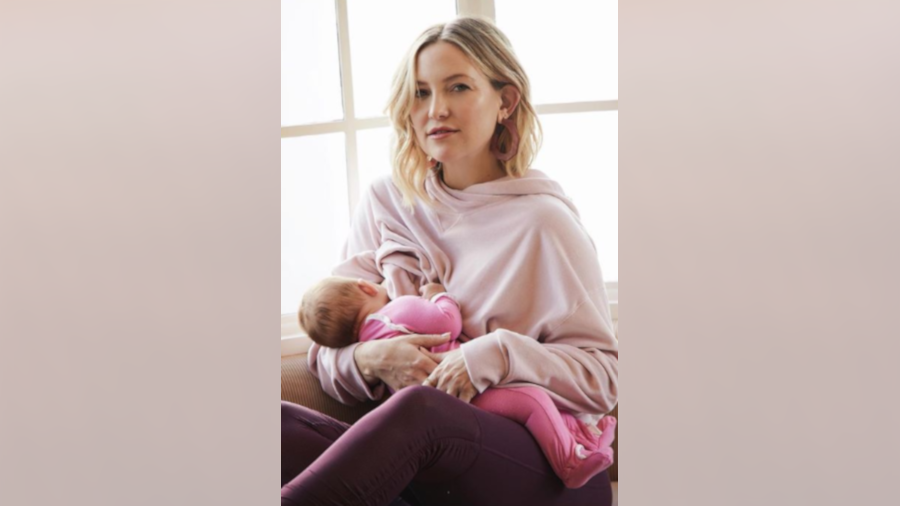 When actress Kate Hudson was asked if she was raising her three-month old daughter differently than her two sons (now 15 and 7), she answered, “I think you just raise your kids individually regardless — like a genderless [approach]…We still don’t know what she’s going to identify as.”

Not everyone was happy with her words, but her efforts to explain herself have only heightened the confusion about “gender” and our kids. Perhaps it’s time for some clarity?

But first, some caveats.

This is not an attack on Kate Hudson, nor is it an attempt to lecture her about motherhood. Instead, my purpose is to make this a teachable moment. What can we learn through this latest “gender” controversy?

Before we get to Hudson’s newest remarks, posted on Instagram, let’s consider her initial comments. In them, she says nothing about biological sex (now a common problem) and buys into the notion that “gender” is something internal, something felt. There is nothing absolute about it and nothing biological. So gender doesn’t connect to sex. (I don’t think she questions for a moment whether her daughter is a biological female, but nor is she thinking clearly about it.)

You might say, “But that’s the thing. Gender is not fixed. Biological sex is fixed. Gender is subjective, based largely on arbitrary categories imposed on us by the dominant society.”

Does biology determine nothing? Are differences between the sexes entirely the result of societal programming? And if so, where did that programming come from in the first place?

But that only begs the question. Does biology determine nothing? Are differences between the sexes entirely the result of societal programming? And if so, where did that programming come from in the first place?

On the other hand, given Hudson’s assumptions about “gender,” namely, that she has no idea how her daughter is going to “identify” one day, what’s wrong with raising her genderless? Why the uproar?

In response, Hudson wrote, “Dear all my friends, fans and others who read this. Recently someone asked me something along the lines of, if having and raising a girl is different from boys. My response was simple. Not really. This whole click bait tactic of saying I’m raising my daughter to be ‘genderless’ is silly and frankly doesn’t even make sense.”

This, however, only adds to the confusion. Why is it “silly” to raise a child to be “genderless”? Why doesn’t it “even make sense”?

If gender is what you perceive it to be, what’s silly about being “genderless” or about raising your child in a “genderless” way? Even the courts are granting people the right to be “genderless.” Why impose gender on your children?

Unfortunately for those who have declared war on traditional gender roles, sex-based gender distinctions have a nasty way of popping up time and again.

Hudson had said, “I raise and continue to raise my children, both my boys and girl to feel free to be exactly who they want to be. Me saying a ‘genderless approach’ was a way of re focusing the conversation in a direction that could exist outside of the female stereotype.”

But she also said that her daughter “is incredibly feminine in her energy, her sounds and her way.”

Isn’t this gender stereotyping? If not, what does it mean to be “incredibly feminine”? What makes “feminine” different than “masculine” if none of this is rooted in biology and if all such categories are the creation of a traditional, binary society?

But isn’t this gender stereotyping as well? Isn’t this part and parcel of the “female stereotype”?

Just as surely, Hudson recognizes differences between her two boys and her little girl because these differences are real.

And what happens if one day her daughter decides she is actually male? In that case, why change her biology to conform to a societal expectation when such gender distinctions are man-made? (Oops! I just used a variation of the evil “m” word. I should have said, “people-made.”)

Again, we are faced with the contradictory claims of trans activists, specifically: 1) Expectations of masculinity and femininity are based purely on societal traditions and are imposed on our children. And: 2) If your child is a biological male but identifies with traditional female roles, then “he” is actually “she.”

Kate Hudson’s initial comments, along with her attempts to clarify those comments, only underscore the confusion that arises when we declare war on male-female distinctives.

Rather than fight them, we should celebrate them.

After all, without those distinctives, starting with our biology, not a single baby would ever have been born.

Transgender Identity May Have Cost a Baby Its Life