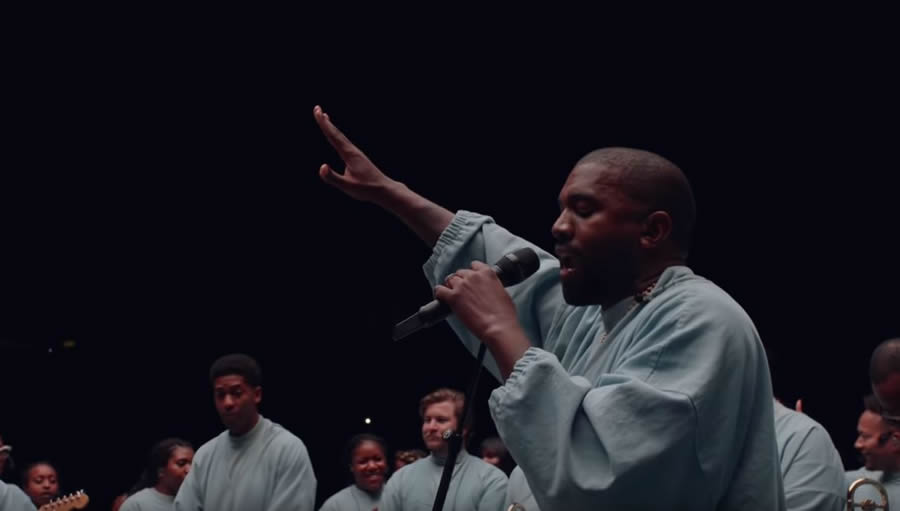 Why have you been hearing so much about Kanye West’s “mental health crisis?” Let me explain.

A few nights ago, Kanye West gave an impassioned personal testimony about how the evil of abortion has hurt him and his family.

And you’re supposed to forget that this happened.

“My mom saved my life!” he said. “My dad wanted to abort me, because he was too busy … .” West was overcome with tears for a moment before he went on to admit that, like his own father, he too was once tempted to use the deadly abortion industry against his own child.

“I almost killed my daughter!” he confessed, weeping, and in visible pain.

That’s the moment when he stopped to warn us what would come next: He would suffer, and he would be maligned for what he had just said. Our ruling class would “try to tell you that I’m crazy,” he said. But the truth is: “The world is crazy.”

All the most powerful opinion-makers immediately labeled his testimony a “mental breakdown.”

They launched a perfectly coordinated pressure campaign against anyone who shared footage of the powerful moment.

Kanye West is what happens when a powerful person goes sane in an insane world.

The accusatory, threatening narrative they came up with was that anyone who listened to West, amplified his statement, and respected his perspective was “exploiting” a mental health patient.

That’s why you’re supposed to forget he ever said a thing.

One person who was wise and humane enough to ignore that narrative was Dave Chappelle. He immediately took a plane from Ohio to Wyoming to visit his friend Kanye. The two of them shot a video together, embracing and telling one another “I love you.”

That’s because Chappelle already knew the score years ago. He was a personal friend to A-list Hollywood artists who, as the media put it, had “meltdowns.” People who went “crazy.”

But Chappelle didn’t forget his friends when the media told him to. And rather than asking what was going on with them, Chappelle asked “What is going on in Hollywood?”

“The worst thing to call somebody is crazy,” Chappelle said in an interview over a decade ago. “It’s dismissive. ‘I don’t understand this person. So they’re crazy.’ That’s bulls**t. These people are not crazy. They’re strong people.” Instead of labeling them “mentally ill,” he suggested we consider the alternative: “Maybe their environment is a little sick.”

As one commentator put it on the night of West’s abortion testimony: “Kanye West is what happens when a powerful person goes sane in an insane world.”

This is What Abortion Does to People

Everyone who has ever been touched by abortion knows this is a lie. An abusive lie. The kind of lie that powerful men tell to sexually exploited teenagers.

And it’s a lie so contrary to the real world experience of abortion survivors that it makes them into second-class citizens. People whose real inner lives count for nothing, and who can never openly share their perspective in polite society.

You’re supposed to forget them.

Escape from the Memory Hole

Throughout my life, people have told me that lie, and even called me crazy when I rejected it.

But I refuse to forget.

I was born to a 16-year-old girl, and I know for a fact that close family members recommended my mother abort me. Later, my high school girlfriend’s father forced her to undergo a third-trimester abortion.

So I understand why Kanye West, knowing perfectly well that he’d be maligned and dismissed, felt compelled to say what he said anyway.

“I love my daughter!” he explained. He was speaking up for her, and for himself, two near-victims of abortion. They aren’t sick. The environment created by the abortion regime in elite cultural circles is sick.

The Power of an Unborn Child

Days after Kanye West made his statement, I read one of the most historic news reports of my lifetime. From the New York Times:

The news came just one week after West called out the racist history of Planned Parenthood, and reminded the whole world of its foundress’s hatred of black Americans.

As he put it, “Planned Parenthoods have been placed inside cities by white supremacists to do the Devil’s work.”

Kanye West, a black survivor of an industry that targets black Americans, made this happen. He put New York’s abortion industry, which currently kills more than half of local black children conceived per year, on the defense. And he forced them to acknowledge the racism of the founding mission of Planned Parenthood, their leading institution.

Faced with a powerful force like Kanye West, what is the abortion industry’s defensive maneuver? To try to do to him what they do to all their victims.

Through their surrogates in the media and in politics, the abortion industry is trying desperately to do to Kanye what they do to desperate teenage victims of sex trafficking, to millions of post-abortive mothers and fathers like me and my high school girlfriend, and to the unborn children themselves: Make you forget them.

And that’s why you’ve been hearing so much about Kanye West’s mental health. Whether you knew it or not, you’ve been watching a national advertising campaign for abortion.

But luckily, this attempt at damage control is too late.

Because Kanye didn’t forget that his mom saved his life.

And when Planned Parenthood failed to abort him, they let the wrong baby get away.

Mayor Buttigieg and Senator Harris: The Good Cop and Bad Cop of the Coming Persecution