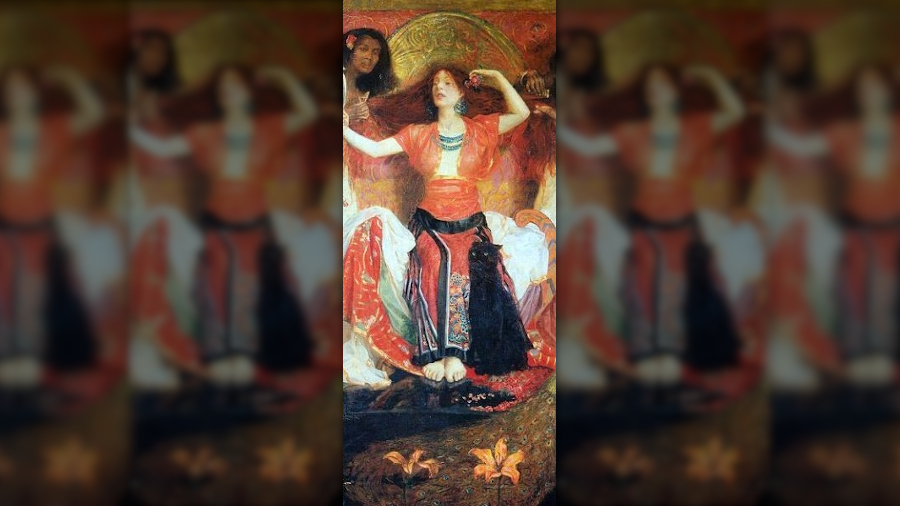 I apologize for making such frequent reference to Jezebel in recent months, but it’s not because I’m trying to promote my Jezebel book. Instead, I wrote the book because Jezebel really is big news in America today.

From the lyrics of a new Kanye West song to a eulogy by Hillary Clinton, Jezebel is front and center. We ignore the spirit of Jezebel to our own harm.

But before I comment on some of the recent, Jezebelic news, allow me to explain what I mean by the “spirit of Jezebel.”

I am not saying that the ghost of Queen Jezebel, who died 3,000 years ago, is alive and active today.

I am saying that the same demonic powers that operated through this wicked woman 3,000 years ago are operating again today. And make no mistake about it. They are operating aggressively. And viciously. And systematically. It is easy to connect the dots.

What was Jezebel associated with in the Bible? Idolatry. Sexual immorality. Witchcraft and sorcery. Emasculating men in authority. Silencing the prophets. Intimidating by fear.

And, in the ancient world, what abominable practice frequently accompanied idolatry? It was the practice of baby killing.

Does this not have “Jezebel” written all over it?

I have recently written about the ghastly practices of Planned Parenthood as well as the ongoing rise in witchcraft in America. I don’t doubt that the two are connected.

And this past week, the New York Times even ran an article titled, “When Did Everybody Become a Witch? Witch parties, witch protests and a bevy of new books: We have reached peak witch.”

“Peak witch”? Are you kidding me? And you want to tell me the spirit of Jezebel is not operative in America today?

Newly converted Kanye West is on to it, featuring these lyrics on his pro-Chick-fil-A song, “Closed on Sunday.”

So, according to Kanye, there’s a connection between the attack on Christian-owned and operated Chick-fil-A and the spirit of Jezebel. But, for the Christian clothed in the armor of God, Jezebel doesn’t stand a chance. He’s right!

The Radical Feminist in Hillary

As for Hillary Clinton, in his article titled “Jezebel — the Original Feminist,” Baptist pastor Mike Storti said this: “Surely we can see the queen of the radical feminists today with Hillary Clinton. She ruled the U.S. as co-president with her husband for 8 years. Like Jezebel and now, like Athaliah [a Judean queen who killed almost all the male heirs and assumed the throne], she wants to rule over U.S. all by herself.”

Is Storti right? I cited his words in my Jezebel book, and you can come to your own conclusions, always remembering that Hillary is a fellow-sinner, created in God’s image but now fallen, and yet the object of God’s love through Jesus.

That being said, given Hillary’s track record on abortion and religious rights, making her vulnerable to the Jezebel comparison, it is more than ironic that she implied that Melania Trump (!) was Jezebel.

Speaking at the funeral of longtime congressman Elijah Cummings, Hillary said, “Like the prophet, our Elijah could call down fire from heaven, but he also prayed and worked for healing. He weathered storms and earthquakes but never lost his faith. Like that Old Testament prophet, he stood against corrupt leadership of King Ahab and Queen Jezebel.”

Watching the response of the audience, there’s no question they understood her point: Trump is Ahab and Melania is Jezebel.

But this, again, makes things all the more ironic, since it is a “bull in a china shop” and “alpha male” leader like Trump, who brings Jezebel out into the open. (I devote a chapter to this in the Jezebel book.)

And so I say again: Connect the dots!

If we’ll do that, Jezebel can be defeated. (I remind you: I’m talking about a spirit, not a person.)

If we don’t, our precipitous, national demise will continue apace.