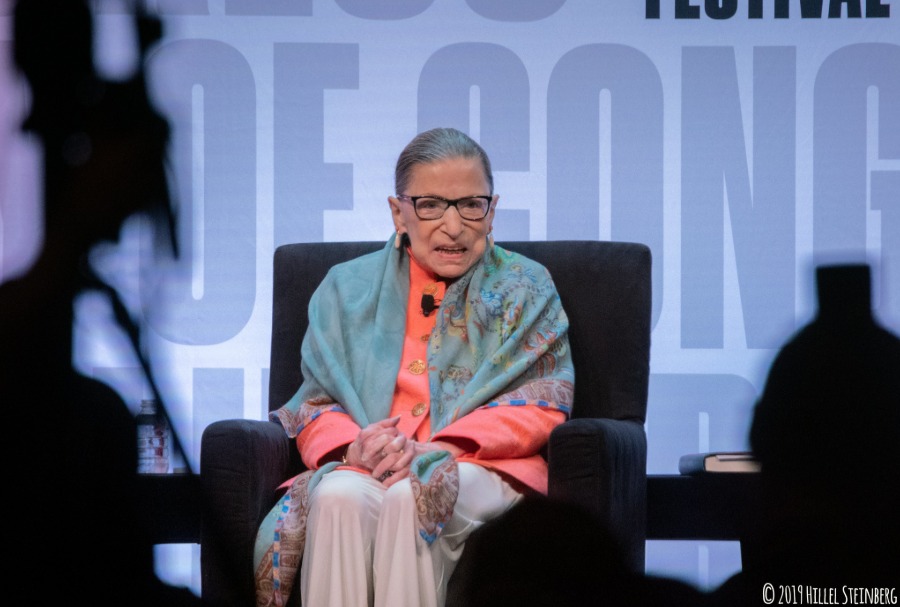 Ginsburg’s bad news was that they will have to start all over if they want to get the Equal Rights Amendment passed.

“I was a proponent of the equal rights amendment. I hope someday it will be put back in the political hopper and we’ll be starting over again collecting the necessary states to ratify it,” said Ginsburg to a gathering at Georgetown University Law Center (my alma mater — first time something good has come out of it in years).

Start over again. With these words, all hopes for the ERA’s imminent ratification were dashed. The only way forward is a do-over; that is, starting from scratch, a much heavier lift than adding a few more states.

Start over again. With these words, all hopes for the ERA’s imminent ratification were dashed.

Yes, I am speaking of your grandmother’s ERA.

First proposed in 1923, Congress approved the amendment in 1972 and sent it to the state legislatures for ratification by 1979. Three-fourths of the states must ratify an amendment before it becomes part of the Constitution.

By 1977, 35 states had ratified, three short of the necessary 38. Then conservative powerhouse Phyllis Schlafly swung into action. She slowed that tanker down, and then turned it around. No more states ratified, and five even revoked their ratifications.

In 1978, Congress passed a resolution to extend the ratification deadline to 1982, a dubious move that was challenged in court. Ultimately, the Supreme Court dismissed the case as moot. The Amendment had died, failing to gain sufficient state ratifications under either deadline.

On the surface, the ERA is appealing. The text of the proposed amendment states: “Equality of rights under the law shall not be denied or abridged by the United States or by any State on account of sex” and that “the Congress shall have the power to enforce, by appropriate legislation, the provisions of this article.”

But the ERA could actually undermine the goals of respect and fairness for women. Some proponents call it the “gender equality” amendment.

Using the ERA to eliminate legal recognition of sex differences in the law puts men in women’s shelters and prisons. It puts them in women’s bathrooms and showers. It puts them on women’s playing fields and kills sports for half of the human race.

We don’t need that kind of help.

The ERA is not only anti-women; it’s anti-children — especially the most vulnerable, waiting to be born.

Proponents have long claimed that the ERA is not about abortion. But their actions put the lie to their words.

When the ERA was reintroduced in 1983, a Republican congressman offered an amendment in committee to clarify that the ERA was “abortion neutral.” ERA supporters killed that amendment forthwith.

Today, they’ve torn the mask right off. Abortion lobby groups flat-out claim that abortion is at the heart of the ERA. The National Abortion Rights Action League (NARAL Pro-Choice America) said in March of this year: “the ERA would reinforce the constitutional right to abortion…[it] would require judges to strike down anti-abortion laws.”

Thank You for Clarifying

Despite two expired deadlines, and a caution by the Supreme Court that these deadlines matter, ERA enthusiasts have begun to agitate for passage.

Their plan seems to be: Ignore the five revocations, bag three more states, get Congress to retroactively nullify the deadlines, and find a lawless judge to give it all a stamp of approval.

In the last two years, they have persuaded Nevada and Illinois to ratify the long-defunct ERA.

Virginia was going to be their big “get” — the 38th and final state needed to ratify the ERA, so they said. And indeed, the measure got a vote in Richmond this year and narrowly lost. Which means next year was going to be wall-to-wall ERA insanity.

Thank you, Justice Ginsburg, from the bottom of my feminine, pro-life, Virginia heart.

Justice Ginsburg did not, after all, clearly say that adding state ratifications now is unconstitutional. Perhaps she was merely stating her preference for starting over with the count. Or giving the appearance that she harbors no bias on the question should the case reach the Supreme Court. Or making reluctant legislators feel it’s now “safe” to cast a symbolic vote in favor of the ERA.

These are the possibilities that come to mind when you’ve spent a lifetime in the culture wars. I get it.

But what might be more plausible is that Ginsburg believes what everyone believed back in 1982: That the ERA had died un-ratified. The Democratic House leadership certainly believed that. They attempted to restart the process in 1983 by holding hearings and then bringing the proposed constitutional amendment to the House floor. And they were shocked when, this time, it failed to gain the necessary two-thirds vote. That was the last time either house of Congress voted on the ERA in any form.

Even if the ERA has now been pronounced dead, again, the underlying threat is not dead. We still face Nancy Pelosi’s Equality Act, a bill that would do much the same thing to women’s and babies’ rights.

And we still face the piecemeal tearing down of legal protections, one issue, one arena at a time.

Consider this: Phyllis Schlafly is remembered for driving a stake in the heart of the dangerous amendment that would have forced women into combat and created same-sex bathrooms. And yet, the military has become a social justice warrior training ground, and the ladies’ room is where men go to make a political point.

At least ERA agitators haven’t gotten their hands on the Constitution. Not yet, anyway.