Judge Walker's defense of religious liberty was passionate and principled. 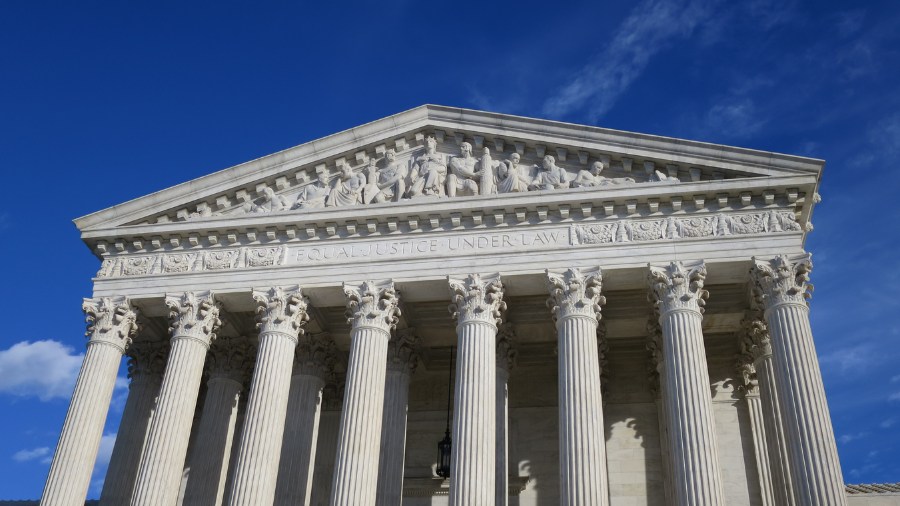 It shouldn’t be true, but it is: The Supreme Court is the most decisive branch of our government. It serves as the transmission belt for elites to override the common people. To impose “progressive” revisions of our Constitution’s meaning that the left can’t quite accomplish via the ballot box. Just so, the left shoehorned abortion and same sex “marriage” into law, then turned them into bludgeons.

Eventually, much of the populace (hectored by our media and even their employers) gets on board with these new “discoveries” of rights hidden deep between the lines of our founding document. Now it seems “extremist” (even among Republicans) to want to repeal same-sex “marriage,” the fruit of a 5-4 decision based on ludicrous reasoning, which Chief Justice Roberts warned posed a grave threat to religious freedom.

The court acts without any of the rigmarole, horse-trading, and compromise required in passing laws, you know, legally. It lets five experts convene in secret and make bold, principled decisions. And if you don’t like their decisions? You’re welcome to jump through the infinite number of hoops required to amend the Constitution. Or leave the country. Or else to just shut up and get with the program already.

We conservatives need to wake up. We can’t stick with our old rhetoric of rejecting “activist” courts, and sticking with precedent. The courts have already acted, and most of their precedents are terrible. We need a president and a senate who will stuff the courts with judges. They must be willing to actively overturn evil, fraudulent precedents. Start with (but don’t stop at) Roe v. Wade, Planned Parenthood v. Casey, and Obergefell v. Hodges.

Contrary to Harvard’s Adrian Vermeule who openly wants conservatives to flout the Constitution and build up a theocracy, the judges who overturned such bad decisions would not be acting arbitrarily and lawlessly, as the left has. The real text and context of the Constitution are on our side, in every important case.

There’s a very good reason for that. America was not founded as a secular, or religiously neutral nation. It was founded as religiously tolerant but vigorously Protestant. Read Mark David Hall’s brilliant, scholarly book, Did America Have a Christian Founding?

The real text and context of the Constitution are on our side, in every important case.There’s a very good reason for that. America was not founded as a secular, or religiously neutral nation. It was founded as religiously tolerant but vigorously Protestant.

As Hall notes, all but one or two of our founders were orthodox Protestants, who tolerated the few daffy Deist outliers in their midst. So if we’re in doubt about the meaning of a particular phrase in our founding document? Chances are that it will be close to … what orthodox Protestants in that day believed and accepted. Since there’s nothing in the Constitution that ought to offend faithful Catholics, this is good news for me and mine, too.

The Next SCOTUS Opening

Assuming President Trump gets another opportunity to name a Supreme Court justice, we need him to choose carefully. I argued elsewhere that Judge Amy Coney Barrett, a popular favorite, might not be the best choice. But now I’d like to point to someone who very well might be.

U.S. District Court Judge Justin Walker is worth a look. President Trump has already nominated him for promotion to the D.C. Court of Appeals. But Walker’s recent order in defense of religious liberty ought to catch the president’s attention. As the Daily Caller reported:

A federal judge granted a restraining order against a Kentucky mayor who promised to record the license plates of Easter church goers, calling the order “unconstitutional.”

If you want to be inspired and encouraged, and reminded why President Trump is such a gift to our country, read Walker’s order.  Let me quote a few of its best passages.

On Holy Thursday, an American mayor criminalized the communal celebration of Easter. That sentence is one that this Court never expected to see outside the pages of a dystopian novel, or perhaps the pages of The Onion.

But two days ago, citing the need for social distancing during the current pandemic, Louisville’s Mayor Greg Fischer ordered Christians not to attend Sunday services, even if they remained in their cars to worship – and even though it’s Easter.

Yes, the judge is a skillful writer, possessed of a sense of humor. But more importantly, he writes with passion, with outrage, at a blatant attack on freedom. Not just any freedom, but the first freedom, that of conscience and the free exercise of faith.

From Before America’s Founding

We don’t need pallid proceduralists or pedants fighting for us in what’s (alas) our most important branch of government. We need partisans of liberty. Let’s read on a bit. The Pilgrims who sailed for America traveled west

because west was where they would find what they wanted most, what they needed most: the liberty to worship God according to their conscience.

“They knew they were pilgrims,” wrote [William] Bradford, “and looked not much on those things” left behind, “but lifted their eyes to heaven, their dearest country and quieted their spirits.”

And although their notions of tolerance left more than a little to be desired, the Pilgrims understood at least this much: No place, not even the unknown, is worse than any place whose state forbids the exercise of your sincerely held religious beliefs.

Caesar versus the Church

America threatens to become such a place, Walker warns.

[I]n recent years, an expanding government has made the Free Exercise Clause more important than ever. It was not long ago, for example, that the government told the Supreme Court it can prohibit a church from choosing its own minister; force religious business owners to buy pharmaceuticals they consider abortion-inducing; and conscript nuns to provide birth control.

Even after the Supreme Court vacated lower court decisions … the Free Exercise Clause remains a too-often-tested bulwark against discrimination toward people of faith, from religious cakemakers to religious preschoolers.

A Matter of Love

Walker pauses to note that religious freedom is the root and origin of all other freedoms, since it reaches into the deepest places in our souls. And he ends with a ringing passage worthy of any American founding father:

The Christians of On Fire, however, owe no one an explanation for why they will gather together this Easter Sunday to celebrate what they believe to be a miracle and a mystery. True, they can attempt to explain it. True, they can try to teach. But to the nonbeliever, the Passion of Jesus – the betrayals, the torture, the state-sponsored murder of God’s only Son, and the empty tomb on the third day – makes no sense at all. And even to the believer, or at least to some of them, it can be incomprehensible as well.

But for the men and women of On Fire, Christ’s sacrifice isn’t about the logic of this world. Nor is their Easter Sunday celebration. The reason they will be there for each other and their Lord is the reason they believe He was and is there for us. For them, for all believers, “it isn’t a matter of reason; finally, it’s a matter of love.”

Our founders used language like this, when they wrote the very documents which guaranteed our freedom. Compare it to the sophomoric musings of mediocrities like Justice Anthony Kennedy (for whom Walker once clerked), burbling about the “mystery of existence.” American freedom rests on love — on love for the human person, made in the image of God. Because we love him, we respect him, and protect his most basic rights.

I haven’t reviewed Judge Walker’s whole judicial record. But he’s young, vigorous, and the American Bar Association hates him. So based on this opinion I’m tempted to say “Mr. President, elevate this judge!”