Joe Biden vs. the Landlords 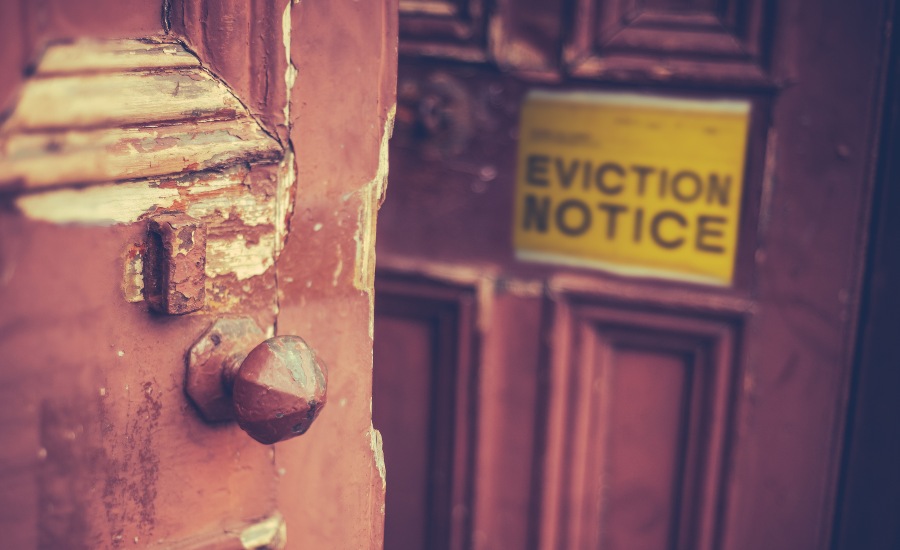 Donald Trump famously promised to “Make America great again.” Joe Biden may not have explicitly said he would do the opposite, but that seems to be his plan. He’s piling mountains of debt on our children (the ultimate “taxation without representation!”). He’s letting in a million immigrants — many of them with COVID-19, many others of them young men from countries full of young male gangsters. And he’s encouraging virulent new forms of quasi-Marxist racism in the military and on campus.

Yes, Joe Biden & Co. have gone to work like an energetic national wrecking crew. They seem determined to make America squalid, dangerous, unjust and poor again. The only question is whether the inflation rate will catch the murder rate, or if the suicide and drug overdose rates will lap both and win the Misery Index relay gold.

As the son of a builder, I see Biden’s latest blow against constitutional self-government as one of the most de-constructive of all. The president has decided, in effect, to seize the property of landlords across the country. If tenants refuse to pay, you may not evict them. Live on your savings, or a second job, if you can — just keep paying the bank and utilities to house those squatters.

As police commit the crime of protecting us, builders commit the crime of creating living space. Life-long politicians like Joe Biden and Kamala Harris share this in common with the occupants of tent cities: They make nothing themselves, but consider it their God-given right to seize and destroy what others have created. Maybe they resent people who build, organize, clean and repair.

“Are you really trying to defend landlords?” you ask. The word sounds sinister. It brings to mind men in top hats thrusting orphans and widows out into the frosty night, or Scrooge McDuck rolling in gold coins in his vault. America doesn’t like “lords.”

I could answer by appealing to the good of the poor: If the government doesn’t let landlords evict deadbeat tenants, what fool would build any more low-income apartments? If contractors refuse to build new units, prices for old ones will soar.

Is not a moratorium on evictions actually a heavy new tax on the working class? Just as allowing thieves to steal from Walmart makes goods more costly and forces poor people to drive further to find a store, and attacking police officers means more poor people will be shot this weekend? Aren’t such policies among the reasons cities like San Francisco have become unlivable for the working middle class?

The Left has become the party of the rich and their dependents. This, like many others, creates poverty in the distorted name of helping the poor.

So yes, I could answer by speaking for the poor, and it would be valid. Frankly, though I’d rather speak up for those “evil landlords.” Let me introduce the one I knew best: my father.

Dad’s Integrity and Culture of Creation

Dad made his “fortune” in construction. And everyone who knows us is laughing at that. Dad was honest as the day is long, driving 16p nails, cutting roots, working in the wind and rain to feed his family. As an elder in his church, he fixed pipes and painted walls for widows on the weekends.

When times grew bad in Seattle as Boeing turned off the lights here after the Vietnam War, he went to Alaska to build in snow, drizzle, and subzero windstorms. County inspectors drove around in their official vehicles like little commissars, some of them making the job harder.

It is remarkable how people can hate a man for building an attractive, well-landscaped home on an empty lot. They forget that someone built the houses they themselves live in. Some contractors cheat, but so do some customers. That’s how our family learned what the word “bankruptcy” means.

Dad never gave up, though. In his later years built a 16-unit apartment complex, then retired and ran it. When a toilet overflowed, when tenants quarreled about parking, or when someone lost her key, he was out the door. Sometimes I helped clean up after tenants moved out.

It was a working class, international neighborhood, and not everyone shared Dad’s integrity and culture of creation. It bothered him when strangers dumped trash in the bins he paid for, or stomped on his beloved rhodies. But he enjoyed interacting with tenants from around the world, and tried to help when he could.

What Does Biden Know About Making Things?

“Landlords” like that sink years of sweat equity into their projects. Many built those units themselves, hurricane clip by hurricane clip, one bent rebar or tacked sheetrock at a time.

Contractors accumulate scars along with calluses. A two-story church wall may almost fall on your head. You might shoot yourself in the butt with a nail gun. Saws cut flesh as easily as wood.

Joe Biden nurtures the image of an plain-spoken bloke from coal country in Scranton, Penn. But when has he worked with his hands? His son’s hands have handled crack and hookers. They’ve held strangely rewarding contracts with foreign companies, and amateur art objects mysteriously valued as much as a house.

What does Biden know about making things? He knows how to provide cover for crooked relatives to make millions in murky boardrooms. He taught constitutional law, but seems to think that following laws is for little people. Those with power make rules, destroying any individual, or ripping apart the fabric of society, along the way.

In 2022, after a new Congress is installed, its first order of business should be to impeach this old crook. His cackling and corrupt assistant, too, though that’s a story for another day.