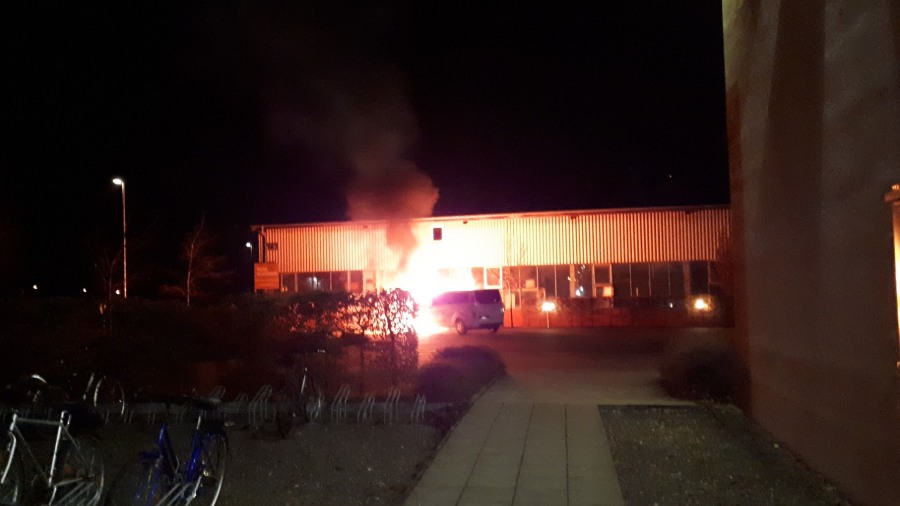 If this story is not “Jezebelic,” then nothing is. As reported by the Catholic News Agency, “A radical feminist group has taken credit for an ongoing series of attacks on pro-life advocates in Germany, including the vandalism of two churches and the burning of a pro-life journalist’s car.”

A Spirit of Intimidation

A group called the “Feminist Autonomous Cell” took responsibility for vandalizing a church in Tübingen, on December 27. The group accused the church, called TOS Church, of “anti-feminist attitudes.”

Then, “Four days later … the group said that they had ‘torched’ the SUV belonging to German journalist Gunnar Schupelius. Schupelius, a columnist for the newspaper BZ, has written pieces supporting pro-life views. In the ‘confession’ letter, Schupelius’s home address was published in a bid to incite further violence.”

Did I say that Jezebel used intimidation tactics rather than reason?

One week later, the Feminist Autonomous Cell was at it again. “On the night of January 8-9, paint was thrown at the church building [in Berlin]. Later, a letter was posted online that explained the paint attack was in response to the church hosting participants during the March for Life, an event held annually in September.”

Jezebel is speaking clearly: Stand up for the unborn, and you will pay for it. Hold to biblical principles, and we will attack you.

Interestingly, in contrast with America, the pro-life movement in Germany is very small. Last year’s March for Life had a record attendance of just 8,000.

But the church in Berlin would not stay silent. Instead, it hosted a special, pre-march conference “aimed to connect pro-life activists throughout Europe. This, according to the vandals, was unacceptable. In the letter taking credit for the attack, the vandals said that the March for Life serves as a platform for ‘fundamentalist, anti-trans, homophobic, anti-Semitic, mysoginist [sic], patriarchal and right-wing conservative’ speakers, and therefore they the attack was legitimate.”

First, in the eyes of the radical feminists, their attacks are justified. After all, these fundamentalist, primitive Christian beliefs are dangerous to society at large. They must be snuffed out before they can destroy more lives.

Second, these Christians perpetuate the evil patriarchy. Male domination must be opposed, even violently. After all, the patriarchy is guilty of perpetual violence against women.

Fourth, and perhaps surprisingly, these Christians are also “antisemitic.”

Do these radical feminists really care about the Jews of Germany? Or is this another attempt to put a negative, stereotypical label on these conservative Christians?

To be sure, there has been more than enough antisemitism in Church history. But is Germany’s pro-life movement antisemitic?

Not according to the Federal Association for the Right to Life (Bundesverband Lebensrecht e.V., or “BVL”). This pro-life group responded to the Feminist Autonomous Cell with its own letter. In part, the letter stated, “Fortunately, there are millions of people who are not disconcerted by this nonsense of attempted misclassification, including, of course, many Christians who are not attached to any kind of phobia, hatred or attitude of discrimination, either against homosexuals, Jews, women or others. For all this is self-defeating if you take Christianity seriously and know it.”

But that’s the real issue.

Jezebel hates the message of Christianity, the message of the prophets, the message of life. Jezebel despises God’s authority. She replaces it with the idolatrous worship of other gods. She leads people into the exaltation of self. In short, “We will not have God rule over us!”

Jezebel’s bark, though, is larger than her bite. Just stand up to her and refuse to bow down to her intimidation and threats, and in the end, she will be defeated.

Stand strong, pro-life Christians of Germany! The unborn are depending on you.