Jews as Parasites and Jews as Termites: From the Nazis to Farrakhan 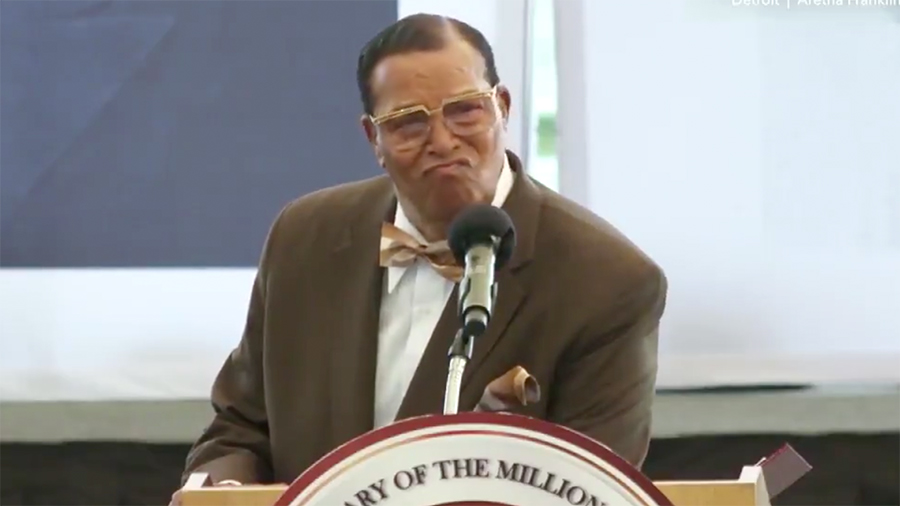 There is no hiding the ugliness of Louis Farrakhan’s latest anti-Semitic comments, in which he likened Jews to termites. There is one thing you do with termites. Exterminate them!

My good friend Rabbi Shmuley Boteach was therefore right to tweet this in response: “Louis Farrakhan calling Jews termites is a virtual call to genocide. The Nazis regularly referred to Jews as roaches and pests who needed to be exterminated. I call on African-American leaders like my close friend @CoryBooker to immediately condemn this vile and loathsome attack.”

How much Jewish blood was spilled because of these lies?

These were Farrakhan’s exact words from a speech on October 14 in Detroit where he mocked his Jewish adversaries: “I can go anywhere in the world and they’ve heard of Farrakhan … I’m not mad at you, because you’re so stupid.”

Then, a little later in his speech, he said, “when they talk about Farrakhan, call me a hater, call me anti-Semite…I’m anti-Termite. I don’t know nothing about hating somebody because of their religious preference.”

He then reinforced his message with this tweet, linked to a video from his message: “I’m not an anti-Semite. I’m anti-Termite.”

Remarkably, Twitter has declined to act, leaving Farrakhan’s tweet intact. This is beyond crazy. This is immoral.

The Deadly Lies of Hitler

In 1943, the Nazis printed an educational pamphlet titled, “The Jew as World Parasite.” (In German, “Der Jude als Weltparasit.”)

It begins by saying, “In this war for the very existence of the German people, we must daily remind ourselves that Jewry unleashed this war against us. It makes no difference if the Jew conceals himself as a Bolshevist or a plutocrat, a Freemason or uses some other form of concealment, or even appears without any mask at all: he always remains the same. He is the one who so agitated and spiritually influenced the peoples that stand against us today such that they have become more or less spineless tools of International Jewry.”

You can imagine just how ugly the whole pamphlet is.

Better still, don’t try to imagine. Just read it. How much Jewish blood was spilled because of these lies?

But this rhetoric is far from dead.

On January 2, 2018, BBC News reported that, “A self-proclaimed Nazi told gatherings of far-right activists that Jewish people were parasites who should be eradicated, a court has heard.”

Reference was then made to Facebook posts containing language like this: “Talmud Jews are parasites! … All Talmuds need executing!”

Last year, on December 15, 2017, the Times of Israel reported that, “A professor emeritus from an esteemed university in the Netherlands whose father was a Nazi called Jews ‘parasites’ in a televised interview.”

Jan Tollenaere, described as “a lecturer on medicinal chemistry who retired from the Utrecht University in 2001, is the son of Raymond Tollenaere. His father “was in charge of propaganda for the Belgian pro-Nazi collaborationist government of Flanders during the German occupation of Belgium in World War II.”

According to Jan, “Jews ‘are not a nice people, I don’t feel any warmth toward them.’ They are, he added, ‘parasites, speculators and mean people.’”

Parasites should be exterminated!

They suck your blood and drain you and eat you alive.

They are obnoxious and insidious and hard to get rid of.

Special efforts must be taken to destroy them before they destroy you!

Such is the mentality of violent antisemitism. And with full knowledge and clear intent, Louis Farrakhan played right into to this mentality by likening Jews to termites.

And shame on all people of conscience who do not distance themselves from such remarks. (Can you be a person of conscience and not denounce them?)

It is spineless passivity like this that leads to the shedding of blood. Jewish blood.

Dr. Michael Brown recently joined Stream publisher James Robison in our studio to discuss Brown’s new book, Donald Trump is Not My Savior. You can watch the videos at the #TrumpIsNotMySavior series page.