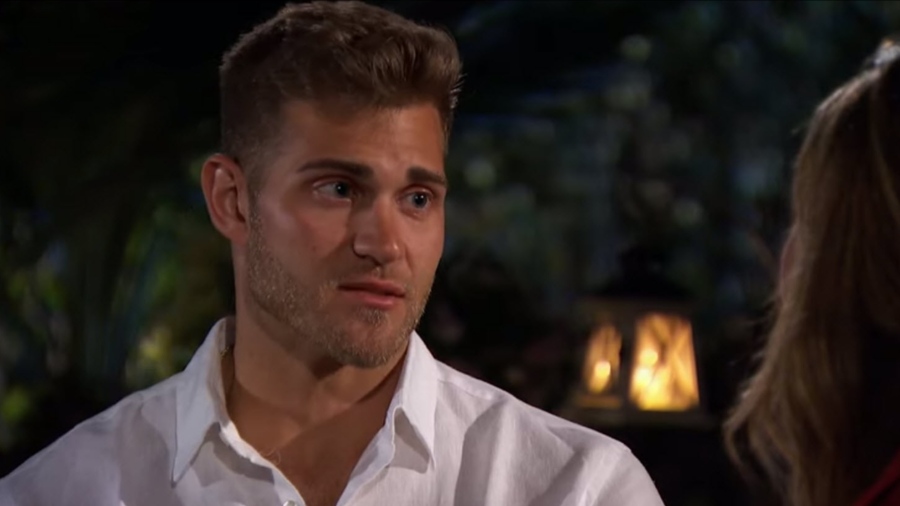 The headline announced, “‘Bachelorette’ star sends contestant home after sex before marriage spat, feud spills into Twitter.” Yes, “Sparks flew Monday night on the Fantasy Suites week episode of The Bachelorette between star Hannah Brown and Luke Parker.” The sparks were flying over the issue of pre-marital sex.

Both Brown and Parker claim to be committed Christians, but for Parker, sex was to be saved for marriage. Not so for Brown, who told Parker she had sex with another show contestant, not once, but twice. “I have had sex” she said, “and, like, Jesus still loves me.”

To be candid, I’ve never watched The Bachelorette (or The Bachelor), and I know nothing of Brown and Parker, other than what I’ve written here.

The Love of God

But I do know Jesus. And I do know the Scriptures. And the Word of God makes perfectly clear that sexual intimacy is a special gift for a husband and wife alone. Period.

But what of Brown’s statement that, “Jesus still loves me”?

Yes, He still loves us, even when we sin.

In fact, Jesus spoke so strongly against sexual immorality that He said we should take radical steps to prevent it in our lives, emphasizing that those steps would be far less costly than going to hell (Matthew 5:27-30).

Jesus spoke so strongly against sexual immorality that He said we should take radical steps to prevent it in our lives, emphasizing that those steps would be far less costly than going to hell.

Paul also gave warnings in the strongest terms, writing, “But sexual immorality and all impurity or covetousness must not even be named among you, as is proper among saints. . . . For you may be sure of this, that everyone who is sexually immoral or impure, or who is covetous (that is, an idolater), has no inheritance in the kingdom of Christ and God. Let no one deceive you with empty words, for because of these things the wrath of God comes upon the sons of disobedience” (Ephesians 5:3–6).

The Book of Revelation, the last book of the Bible, has this to say about who will enter the eternal, heavenly Jerusalem and who will not: “Blessed are those who wash their robes, so that they may have the right to the tree of life and that they may enter the city by the gates. Outside are the dogs and sorcerers and the sexually immoral and murderers and idolaters, and everyone who loves and practices falsehood” (Revelation 22:14–15).

Jesus Calls Us Out of Our Sin

Again, it’s true that Jesus still loves us, even when we sin. And it’s true that, one way or another, we sin every day, either in thought or word or deed. Even if we don’t sin consciously, we still fall short of loving our neighbor perfectly, even on our very best day.

But Jesus loves us enough that He calls us out of our sin. That He rebukes us for our persistent and willful sin. And that He warns us of the consequences of sin.

Hannah Brown said to Luke Parker, “Guess what? Sex might be a sin out of marriage, pride is a sin, too, and I feel like this is like a pride thing.”

And that, somehow, was justification in her eyes for having sex outside of wedlock. To paraphrase, “Well, I feel you’re being proud, which is just as bad as having sex out of wedlock. So, if you can be proud, I can have sex.”

What she has sadly forgotten is that sex is sacred and that sin destroys. And that Jesus came to save us from our sins so that, from here on, we could live the rest of our lives in obedience to God.

The Beauty of Holiness

The Lord does forgive us, freely and completely, laying down His life to save us from judgment and destruction. But salvation comes with requirements. God requires us to be holy.

As Paul wrote, “Flee from sexual immorality. Every other sin a person commits is outside the body, but the sexually immoral person sins against his own body. Or do you not know that your body is a temple of the Holy Spirit within you, whom you have from God? You are not your own, for you were bought with a price. So glorify God in your body” (1 Corinthians 6:18–20).

I pray Hannah Brown would take this to heart. In fact, I pray that each and everyone of us would take it to heart. We can’t let anything rob us of walking in the beauty of holiness.