Jen Hatmaker’s Irrational Response to a ‘Christian Manifesto’ on Sexuality

Once you replace biblical standards with LGBT theology, you soon embrace the mindset of the radical left. 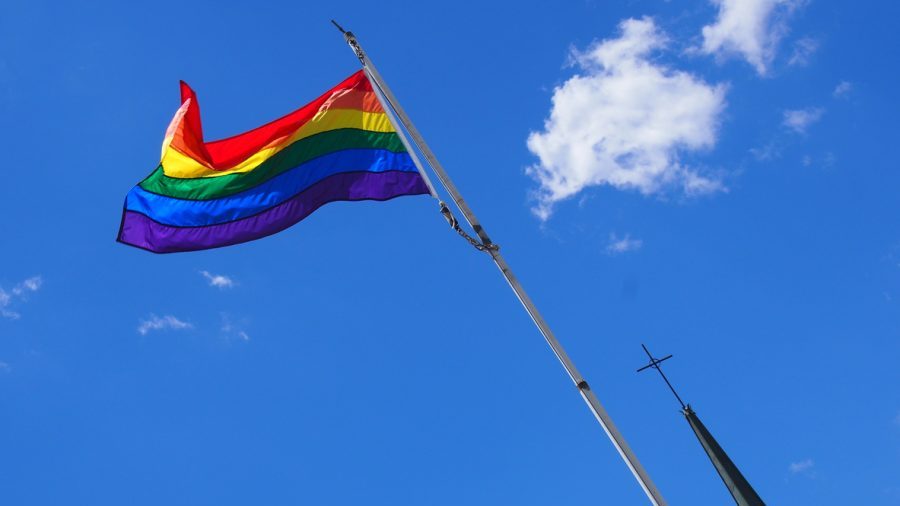 From a biblical perspective, there is nothing controversial in the Nashville Statement. It affirms sexual norms that have been taught by the Church for the last two millennia, including marriage being the union of one man and one woman.

What connection is there between the tragic events in Charlottesville and the release of an evangelical Christian statement on human sexuality? Absolutely none. That is, unless you are former evangelical Jen Hatmaker. She’s now seeming to link white supremacists and biblical, sexual values. What on earth is she thinking?

The statement in question was issued in Nashville on Tuesday. It was described by Pastor John Piper as a “Christian manifesto” on human sexuality.

He said, “It speaks with forthright clarity, biblical conviction, gospel compassion, cultural relevance, and practical helpfulness. It will prove to be, I believe, enormously helpful for thousands of pastors and leaders hoping to give wise, biblical, and gracious guidance to their people.”

From a biblical perspective, there is nothing controversial in the Nashville Statement. It affirms sexual norms that have been taught by the Church for two millennia, including marriage being the union of one man and one woman.

From the perspective of LGBT activists and their allies, the statement is branded “an affront to God’s creative design,” a theology that “breeds death.” But this is the expected LGBT reaction to the clear testimony of Scripture. With them, God’s principles of life and freedom are branded a theology of death and bondage.

That reaction shouldn’t surprise us at all, although it is tragic and painful to read. Nor should part of Jen Hatmaker’s response surprise us, given her abandonment of evangelical Christian values.

What Was That About ‘Timing?’

This, again, is a typical, LGBT-related response. It buys into the lie that the biblical teaching on homosexuality and trangenderism is destructive and harmful. In reality, the gospel brings deliverance from shame, self-harm, and suicide. It brings families and churches together. It is the rejection of God’s life-giving ways that leads to depression and hopelessness and destruction.

For Hatmaker, however, the reverse is true. She tweeted, “The fruit of the ‘Nashville Statement’ is suffering, rejection, shame, and despair,” adding, “The timing is callous beyond words.”

The timing? What was she talking about?

Once you embrace the first lie, it’s much easier to embrace the other lies, which get bigger and uglier by the day.

As USA Today explains, “Christian author Jen Hatmaker of Austin, Texas, who came out in favor of same-sex marriage and whose books have been removed from the Southern Baptist Convention’s LifeWay Christian Stores because of that philosophy, called the timing of the statement callous because of the Aug. 12 Unite the Right white supremacists’ rally in Charlottesville, Va., and protester Heather Heyer’s death.”

This is utterly baffling and indicates, sadly, how far left Hatmaker has shifted. What connection do neo-Nazis, the KKK, and white supremacists have with an evangelical statement on biblical sexuality? Absolutely none. What does the tragic death of Heather Heyer have to do with Christian leaders reaffirming that marriage is the lifelong union of one man and one woman? Nothing whatsoever.

Rather, the spirit of the Nashville Statement is summed up by Southern Baptist Leader Russell Moore. He noted:

The sexual revolution cannot keep its promises, and the church must stand ready to receive with compassion the many who are in need of a better hope. The Nashville Statement is part of that mission, and my prayer is that it will help anchor churches and Christians to the gospel of Jesus Christ for years to come.

What does this have to do with the now infamous, “Unite the Right” rally in Charlottesville? Absolutely nothing at all.

As incredible as that “logic” sounds, it’s the only way I can understand Hatmaker’s thinking. And it’s further proof of a tragic and dangerous pattern: Once you replace biblical standards with LGBT theology, you soon embrace the mindset of the radical left.

The very sad fall of Jen Hatmaker, for whom we pray, is a striking illustration of the power of spiritual deception. Once you embrace the first lie, it’s much easier to embrace the other lies, which get bigger and uglier by the day.

May God awaken those deceived by LGBT theology. And may He strengthen those who are taking a stand for biblical truth.