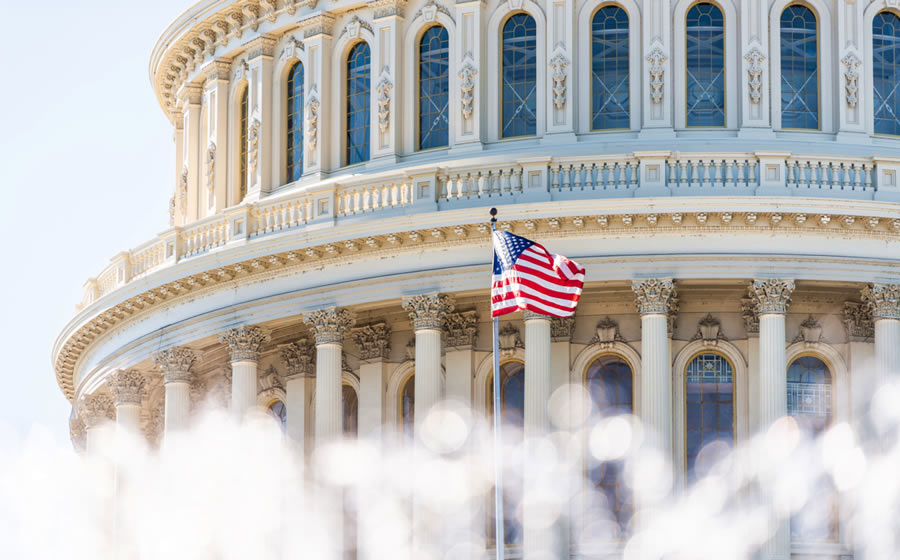 Wednesday, January 6, is shaping up to be a day like no other in American history.

January 6 is when a joint session of Congress meets to officially accept the elector slate from each state, and tally up the Electoral College votes. If a candidate tallies 270 votes he is officially elected President of the United States.

Usually this is a ceremonial matter. Like putting a wreath of flowers on the neck of the winner of the Kentucky Derby. The vice president — in his role as President of the Senate — opens the envelopes from each state and declares the number of electors for the candidate the state certifies as its winner.

But this is no usual year.

Rep. Mo Brooks says dozens of House members will be exerting their right to challenge the electors from those states. The right comes from the Constitution and a law first passed by Congress in 1887.

Sen. Josh Hawley announced Wednesday he will challenge the electors. He pointed to the facts that some states didn’t follow their own laws and that “mega corporations” interfered in the election. Newly-elected Alabama Sen. Tommy Tuberville has hinted he will join the challenge, and eyes are on Senators Ted Cruz, Rand Paul and Ron Johnson to see if they, too, will stand with the president.

The Daily Signal’s Fred Lucas explains what happens when an objection is filed: “The proceedings would stop and both the House and the Senate would be required to debate the objection for two hours. A Republican-controlled Senate and a Democrat-controlled House would have to agree on disregarding a state.”

Barring clear and undeniable evidence of fraud or foreign interference, massive enough that even Democrats can’t ignore it, there’s fat chance the House will disregard the electors from any of the dubious states.

After all, it’s basically the same Nancy Pelosi-controlled House that impeached Trump over a phone call. It’s the same House that held up COVID relief for months simply to paralyze Trump’s chances. The same House whose leader Pelosi swore Joe Biden would be inaugurated January 20th, no matter what happened election night. The same Democrats that allowed riots to wreck American cities holding up the promise that the “chaos” would end if Biden were elected.

A party that would burn business, bankrupt Americans and blackmail a nation to get rid of Trump isn’t going to grow a conscience now.

However, if, by some miracle, enough states are tossed to prevent Joe Biden from securing 270 electoral votes, the election goes to the House of Representatives. At that point, the vote would be by state, and Republicans control a majority of the states. Donald Trump would be re-elected.

Can Vice President Pence Knock Out the Dubious Swing States?

Is there another way to deal with the seven states haunted by credible allegations of fraud or foreign interference or that treated their state and US constitutions like toilet paper? (Even as I write this, Georgia lawmakers are being presented further evidence of voting fraud and irregularities.)

Perhaps. Some argue that Vice-President Mike Pence can toss the Electoral College count on its ear.

Under the 12th Amendment, he – and he alone – as President of the Senate oversees the joint session of Congress. “The President of the Senate shall, in the presence of the Senate and House of Representatives, open all the certificates and the votes shall then be counted.” The argument is being made that this gives Pence the constitutional authority to refuse to accept electors from states whose elections did not follow the Constitution.

Vice-President Thomas Jefferson did something similar in 1800 before the 12th Amendment was enacted. He tossed the electors from Georgia. (Georgia posing a problem. Some things don’t change.) That decision, helped elevate him to the presidency.

Is the Law Constitutional?

Standing in the way of Pence is the 1887 law mentioned above: the Electoral Count Act of 1887. Drafted in the wake of the 1876 election disaster and compromise, the law gave Congress a greater – if more muddled role – in settling elector disputes. In essence, it pushed aside the President of the Senate.

But does the Constitution allow that? As the Epoch Times reports:

The problem is, there’s a voluminous body of legal analysis arguing that the Electoral Count Act is unconstitutional. Congress has no business granting itself the authority to decide which slate of electors is the correct one and which votes should be rejected. Nor does Congress have the power to designate state governors as the final arbiters, a lineup of legislators and legal scholars have argued.

Among them is attorney and former Texas legislator Rick Green, who argues in The Stream today that the 1887 law is unconstitutional mush.

John Yoo and Brian Delahunt made the case last October in the American Mind.  They say that since the President of the Senate counts the votes, “the inextricably intertwined responsibility for judging the validity of those votes must also be his.” That makes the act unconstitutional.

Congress, they argue, can’t tell any branch of government how to perform its duties, and that includes future congresses. They say “the better reading” of the Constitution lets the vice president “decide between competing slates of electors chosen by state legislators and governors, or decide whether to count votes that remain in litigation.”

As we know, the GOP has sent competing slates of electors from seven questionable swing states: Arizona, Georgia, Michigan, Nevada, New Mexico, Pennsylvania and Wisconsin. (Though the validity of the GOP slates is debatable, since the governors of those states certified the results.)

More intriguing — or infuriating — the Supreme Court has not decided on the series of election-related cases before it. In fact, the Trump campaign’s lawsuit against Pennsylvania is scheduled for January 22 or two days after Inauguration Day!

So, under what obligation is Vice President Pence to accept electors from states whose elect results are still being disputed in the courts?

Former Judge, Rep. Louis Gohmert Sues Pence to Get a Court to Clarify the VP’s Power

Since the 1887 law and the 12th Amendment appear to be in conflict, it would be nice if there were some clarity as to what Pence as President of the Senate can … or cannot … do on January 6. To that end, Rep. Louis Gohmert of Texas has now sued Vice President Pence.

A former judge himself, Gohmert is asking a federal court to strike down the 1887 law and grant Pence the “exclusive authority” to determine which electoral votes to count. According to the suit, the court must judge whether the vice president is bound only by the 12th Amendment. If he is, he

may exercise the exclusive authority and sole discretion in determining which electoral votes to count for a given State, and must ignore and may not rely on any provisions of the Electoral Count Act that would limit his exclusive authority and his sole discretion to determine the count, which could include votes from the slates of Republican electors from the Contested States.

Gohmert says he filed the suit after being unable to reach an agreement with Pence’s lawyers. The implication? Pence’s White House lawyers could not be convinced Pence does have the “exclusive authority” to reject electors.

Or perhaps more accurately, are not convinced enough to advise Pence that he has the authority, knowing the outrage it would cause and the threat giving such advice would pose to their own careers in Washington.

Which gets to our final point.

Having the Guts to Catch the Hail Mary

You hear a lot of talk that the assorted efforts to challenge the election are a “Hail Mary.” In football, a Hail Mary pass requires someone on the other end who wants to catch the ball and win the game. In this election fight, from legislatures, to governors, to judges, to the DOJ and FBI and Republicans in Congress, few seem interested in catching the ball. They are perfectly happy to let the promise of free and fair elections fall to the ground, and the American Experiment with it.

Which is why Trump supporters by the hundreds of thousands are expected to show up on Capitol Hill January 6 for a massive rally. They will rally not only in support of President Trump, but to encourage lawmakers to make the leap, raise their hands, and grab that Hail Mary, and win one for Uncle Sam.

Addendum: Not for nothing, but …