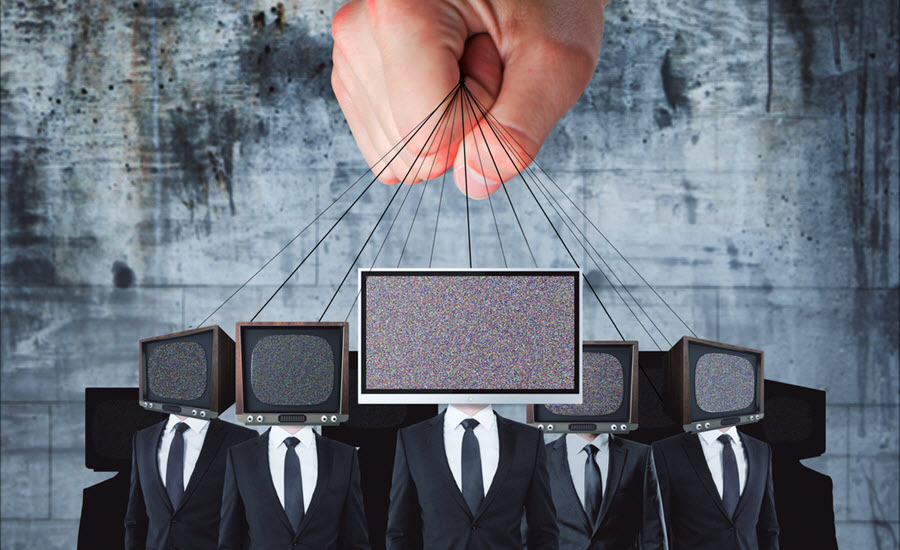 Much has been written about the J.K. Rowling row over the past several weeks. I contributed several columns summarizing the situation myself. Before leaving this story behind, I’d like to make a final observation that highlights just how successful the transgender movement has been in recent years.

It is clear that, almost without exception, the media went to war against the phenomenally famous author of Harry Potter.

This is important for several reasons. Many people seem not to have noticed (another indicator of just how swift the trans takeover of media has been), but almost every headline on J.K. Rowling’s statement on transgenderism has assumed that she was wrong. Despite the fact that Rowling emphasizes over and over again in her 3,500 word public statement on transgenderism that she supports some people transitioning and is not transphobic and is very pro-LGBT, the media reported on her statements not only as a heresy, but as a self-evident heresy.

Some day I hope an enterprising journalist tells the story of how trans activists managed to get the entire mainstream media to sign on to their agenda and begin obediently using phrases such as “sex assigned at birth” and “her penis” and “his breasts.” The response to J.K. Rowling’s critique of the more radical aspects of the trans agenda prove that the media transition from news reporting to LGBT enforcer was lightning fast — so fast, in fact, that most people cannot pinpoint exactly when it happened.

It is clear that, almost without exception, the media went to war against the phenomenally famous author of Harry Potter.

Consider the headline published by the CBC, for example: “Harry Potter author J.K. Rowling sparks outrage again with tweets on transgender people.” You’ll notice that there would never be a reverse of this headline. An equally true statement such as “Tens of thousands come out in support of Rowling’s statements on transgenderism” or “Feminists thank Rowling for transgender stance” would never be published. In fact, any editor proposing them would probably fall victim to a professional guillotine from the woker staff members who have been collecting scalps, from the New York Times to the Philadelphia Enquirer.

Or how about the Vanity Fair’s think piece on Rowling’s statement: “Where J.K. Rowling’s transphobia comes from.” Believing the premises of the transgender movement’s ideology is now simply the price of admission when consuming the mainstream media. To understand what you are being fed by these folks, you are required to accept, without question, the idea that people like Rowling (and probably yourself!) are afflicted by “transphobia.” Rowling, who was the darling of the liberal media for decades, is now a wicked TERF who must be canceled. Liberals aren’t running the media anymore, after all. Their intolerant wokeling descendants are.

There are even spinoff stories that are intended to highlight just how hateful Rowling is. “Fans getting rid of ‘Harry Potter’ tattoos over J.K. Rowling’s anti-trans comments,” read one headline. “16 Celebrities who have spoken out against J.K. Rowling following her anti-trans remarks,” BuzzFeed added helpfully. “The trans row that broke J.K. Rowling’s spell,” The Times reported hopefully. And, somewhat ominously from The Independent: “Harry Potter fans imagine a world without J.K. Rowling after transphobia row.”

This is a disturbing and fascinating case study of media homogeneity on the trans issue. Besides some conservative media outlets, the media spoke with one voice. In fact, the media created the story as much as reported on it. They said there was massive backlash, then relentlessly solicited statements from various celebrities and former Rowling associates, so that there is now what can be called a “backlash.”

The media did not interview people for their thoughts, however. Most Rowling readers couldn’t care less what her opinion on transgenderism is. Most of them are kids, and most of them just want to read fantasy novels. The media is seeking out those who will say what they want them to say, so that they can craft the “J.K. Rowling is a hateful bigot who is now canceled” narrative. Their willingness to engage in advocacy has removed them from the realm of journalism and into the realm of enforcement. Their job is to patrol the ever-shifting borders of what the trans movement says is the current reality, to enforce the current orthodoxy and to let you know what the new one is tomorrow.

It has been an incredibly fast transition.