I’ve Got Some Questions Before the Election Show 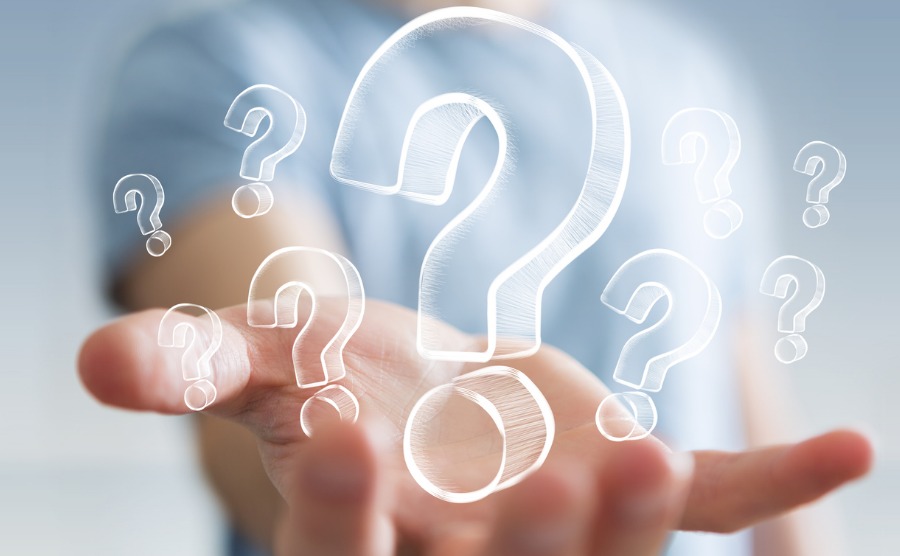 Evidence and laws have no place in the Swamp. If they did, Hillary Clinton would be in prison. Clapper and Comey would be cellmates and Joe Biden would be pleading the fifth instead of pleading for unity.

Instead Biden is set to be officially declared by the U.S. Congress the next President of the United States.

Actually that outcome was pre-determined last year when the Democrats decided to use COVID-19 to do what they couldn’t do themselves: Beat Donald Trump. Ignoring the state legislatures and the constitution, they used COVID fear to concoct new election procedures that threw accountability and election integrity out the window. They pocketed Mark Zuckerberg’s hundreds of millions to stage their heist. They teamed with the media to set the narrative. “Trump would not accept the election results.” “Trump will need to be removed by the military.” “There will be a Red Mirage … which looks like a massive Republican and Trump win, but don’t believe it.”

Big Tech would label anything that challenged the narrative “misinformation” or “disputed.” Anything that showed Biden in a bad light would be censored. Patriots would be deplatformed by the dozens. And Congress would do nothing. Nothing but count the campaign contributions from Silicon Valley.

Never Trump Republicans like Mitt Romney and Ben Sasse, and Swamp-lovers like Mitch McConnell would play along.

Speaker of the House Nancy Pelosi swore Joe Biden would be inaugurated Jan 20 no matter what. (No “let’s see the will of the people” for Nancy. The people are too stupid and un-woke to decide elections for themselves. After all if they were as smart as Nancy, they too would have $60 ice cream in their $10,000 freezer.)

So today will be a pre-scripted show. Barring some miracle or unexpected twist, no matter what evidence is presented today, no matter what proof there is that the election numbers are a fiction, and the election systems were as open for mischief as a sleazy bar at 2 a.m., the House and Senate will certify Joe Biden’s election.

But I’ve got questions I am begging someone to answer:

Does Anyone Really Believe Joe Biden Got 80 Million Votes?

Since it looks like you will finally be done with Orange Man Bad, be honest, Democrat and Never Trumper. Do you really believe Joe Biden got 80 million votes? Do you understand why we would find that absurd?

If you told me that Taylor Swift filled the L.A. Coliseum, I could buy that. It’s Taylor Swift.

If you told me some bar band that couldn’t sell out the Roxy filled the L.A. Coliseum, I would know you were either lying or somebody passed out 75,000 free tickets.

Joe Biden isn’t even a bar band. He’s a bad lounge act with bad hair plugs. Yet you’re telling me he shattered every single concert attendance record in American history.

Nah. You don’t believe it either.

Has Everything Really Been Debunked?

I keep being told allegations of fraud and massive irregularities are baseless or debunked. I’ve hated that word “debunked” since Bill and Hillary used that word to escape every single scandal of theirs that was later proven to be true. So I wonder, dear Democrat, if you could spare time to answer a few questions.

Who ordered the swing states in question to shut down counting all around the same time, all when Trump had massive, traditionally unconquerable leads?

Here is the analysis demonstrating how 432,000 votes for Trump vanished in Pennsylvania. Has this analysis been successfully challenged? Biden “won” by roughly 80,000. Meaning, if even one-fifth of those votes truly vanished, Trump won Pennsylvania.

Here is the analysis demonstrating how 30,573 votes for Trump vanished in Georgia. And another 12,000 switched to Biden. Has this analysis been successfully challenged? Biden “won” by less than 12,000 votes. If either stat is true, Trump won Georgia.

These analyses, along with video captures from election night, show vote counts dropping for Trump. We saw the same thing last night in Georgia in the David Perdue Senate race.

I have the hard copies of these assets. If you get blocked DM me I’ll re-send them. They executed the steal throughout the evening. Less difficult to detect. They stole votes from the GOP identically to the way they did 11/3. They added more votes. And they stole votes: pic.twitter.com/0kfS5JTKCL

Thread: Numbers “undoing themselves” in real time. This wasn’t a glitch on the individual networks as the Reuters timeline documents the same changes. This was SoS info through Scytl to the nets. Here’s -5k for Perdue: pic.twitter.com/jJntkioBwk

Do you have any rational explanation? If not will you admit it is suspicious?

Here is a link to a study by DOJ senior advisor for Research and Statistics John Lott. He shows that as many as 368,000 “excess votes” tipped the election Biden’s way in Fulton County, Georgia and Allegheny County, Pennsylvania. A thumb on the election scale that gave Biden both those swing states. Has his work been proven false?

Here is Mark Maynard’s new spread sheet listing such things as ballots sent and counted from non-residences, like PO Boxes, commercial buildings and Fed Ex offices. A no no. In Georgia alone, there are 1086 records. All should be tossed or at least confirmed. Have they been?  Check it out.

Our own contributor, statistician William Briggs demonstrated there’s a 95% chance that between 31,000 and 39,000 GOP absentee votes were not counted in Pennsylvania. Has his work been refuted?

He also published on his blog the work of what is called The Science Team. Examining the presidential election absentee voting percentage by district in Eaton County Michigan (as one example), they found a strange snake-like correlation between the two variables that was roughly the equivalent of “35 consecutive coin-flips.” They spotted the same parallel correlation in multiple counties within battleground states. “We will think the synchronization is due to the allocation process (an algorithm distributing votes) until someone offers a better explanation.”  Others have also demonstrated evidence of algorithms deployed to subtly adjust results to favor Biden. Has anyone offered a better explanation?

Jovan Pulitizer demonstrated last week that Dominion machines do hook up to the internet and proved how easily one can hack into the election system. Has his work been refuted? Doesn’t this alone, by definition, mean our election system was insecure and no numbers out of it can be trusted?

Does it matter that Fulton County was shredding documents right after the election and again after Pulitzer was given the okay to do a forensic examination of ballots?

If this hasn't been debunked, Trump won. Has it? https://t.co/oq5ips8QyT

Over a 1000 witnesses swore under penalty of law they witnessed or were forced to participate dubious or fraudulent activity in the 2020 election. Are they all liars? Have all their allegations been disproved? Keep in mind: All it took was one anonymous “whistleblower” who had a vested interest in keeping the Biden family activity in Ukraine under wraps to run to Adam Schiff with second hand information to start the whole impeachment farce. A “whistleblower,” who incidently did not end up testifying in the hearings. Why don’t these average citizens count as much as a Swamp creature?

Has all the evidence collated by HereIsTheEvidence.com been disputed? The spreadsheet is now up to 1596 links to solid stories about election oddities. How many hundreds can you eliminate and still have plenty of proof the election was stolen?

I could go on endlessly with questions nobody wants to answer, beyond “Shut up and give up.” But I have one more: What ever happened to Jesse Morgan’s mail truck full of completed ballots? A U.S. Postal Service sub-contractor, Morgan testified December 1 that in October, he drove 24 large containers with trays of completed ballots from Bethpage, New York, to Harrisburg, Pennsylvania. For the first time ever on that route, he was ordered not to unload. Then after being forced to wait six hours — again unprecedented — he was ordered to drive to Lancaster. He dropped off his truck, as usual, went home.  When he returned the next morning his truck was gone.

His story fits with Overstock.com founder Patrick Bryne’s claims he has the evidence to show massive batches of extra ballots were printed up, sent to Bethpage and filled out in case they were needed to stuff into the election count.

Here’s an article from just yesterday that claims to “explain” what happened to Jesse. Debunk his “weird” story. Read it. It does no such thing.

So what happened to Jesse’s truck?

Seems a simple question. No rush. It’s not like the future of freedom and democracy depend on it.