Why are so many Believers trading God's justice for mob justice? 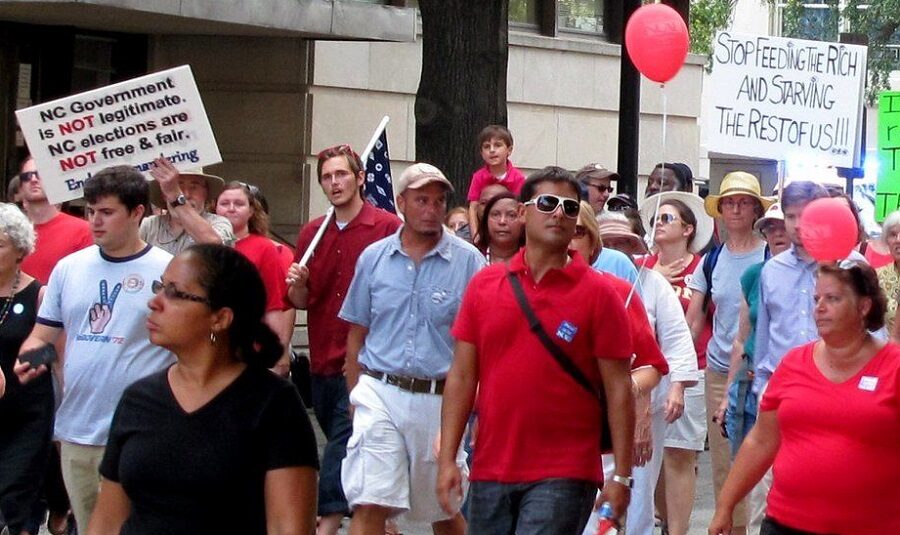 “To preach moral duty without the underlying power of the gospel,” explains Don Carson, “is moralism that is both pathetic and powerless.”

It seems many Christians have fully swapped out morality rule books, trading the Bible for an ever-changing social justice manual. One was written by the very hand of God and will never be erased, edited or discredited. The other? The loudest and most influential voices win the right to determine what the societal rules of the day are. Of course, the rules change according to whatever their current agenda is, and most aren’t privy to these rules until they are cancelled, or worse.

Of course, most people of God wouldn’t admit to shelving the Word of God in favor of the word of the mob. Instead, they have been known to attempt an unholy morphing of the two manuscripts while most often favoring social justice issues. Biblical truths are forced to fit within man-made definitions of what is right and fair.

The truth is biblical justice and social justice are often, though not always, mutually exclusive. They are at odds.

“You must not follow the crowd in doing wrong. When you are called to testify in a dispute, do not be swayed by the crowd to twist justice. And do not slant your testimony in favor of a person just because that person is poor.” (Exodus 23:2–3, NLT)

The plumb line of morality can never be the crowd. This is the clearest way to express the concern with today’s social justice movement. Does it mean the crowd is always wrong? No. Does it mean the crowd is imperfect in its ability to discern? Yes. For Christians the litmus test of morality does not come from our ability to gauge unfairness or improprieties. The test is Scripture. We don’t need a social justice movement that’s tainted by the agendas, whims, politics and emotional reactions of the squeakiest wheels. We need a movement of God’s justice on the Earth as he is the only perfect judge. His justice is never wrong.

There are many distinctions between social justice and biblical justice. Here are just a few.

Social justice promotes an often twisted version of fairness. It demands that individuals, entire people groups or segments of society are punished, minimized or discredited for the sake of those the mob values. The agenda becomes the standard of fairness, though it’s laughable to even consider using the word.

For believers, the standard is radically and entirely different than the one social justice advocates have adopted. The reality is that the fairness of God can be both comforting and terrifying.

Those who have been wronged and who are putting their full trust in God can rest knowing God is their advocate.

Beloved, never avenge yourselves, but leave it to the wrath of God, for it is written, ‘Vengeance is mine, I will repay, says the Lord.’ To the contrary, ‘if your enemy is hungry, feed him; if he is thirsty, give him something to drink; for by so doing you will heap burning coals on his head.’ Do not be overcome by evil, but overcome evil with good. (Romans 12:19–21, ESV)

God’s fairness should also strike us with fear. Those who promote social justice would do well to understand that outside of Christ we are all wretched, wicked and soaked in sin. Advocating for the disenfranchised without revealing they are literally living under the wrath of God will bring only the most temporary of relief. If it’s fairness we are talking about, we need to grasp the reality that we all deserve the never-ending, horrifying, maddening and tormenting fires of Hell. This is fair and right judgment.

However, while the bad news of social justice cancels and defames any and all who have failed to support their cause or measure up to their humanistic standard, the good news of the Gospel reveals the wonder of God’s love. God knew we could never measure up to the standard of holiness necessary to live with him forever. His passion for us (unlike the disdain seen in cancel culture) resulted in the greatest act of love the world has even known. Jesus died so we could live.

The spirit behind many social justice movements is one of punishment. The Spirit of God yearns to forgive all. The Bible tells us that God wants no man to perish. Social justice is so broken and limited in its ability to truly promote a societal fix that punishment and promotion becomes the only system available to them. Punish the oppressors and resisters as they promote the cause of the oppressed.

In today’s social justice driven cancel culture, the concept of forgiveness is laughable. I am so grieved at the amount of vitriol that is vomited across social media today. People are fueled by pure hatred and vengeance against those who stand in their way. I’ve seen it on both sides of the political aisle. In fact, it’s often professing Christians exposing their fangs preparing to devour any who oppose their earthly mission.

What would happen if, instead of a “defund the police” social justice movement we saw masses of people holding signs that proclaimed “forgive the police?”

In fact, what if we saw pro-lifers declaring, “I forgive the abortionists” as they prayed outside of the clinics?

And Jesus said, ‘Father, forgive them, for they know not what they do.’ And they cast lots to divide his garments. (Luke 23:34, ESV)

This humble and loving heart posture wouldn’t mean we can’t still contend for police reform or the ending of abortion. But it does flip the script by driving the conversation from a place of humility and deep love for the offenders.

Instead of punitive demands for people to make amends (or to be canceled permanently), true love and true justice would instead call people to repentance. With tears in our eyes and compassion in our hearts we must look at the oppressors and call them into God’s Kingdom. They are not people to be crushed and despised, but rather they are potential future brothers and sisters.

God makes it clear that we must love our enemies, not cancel them. We pray for them, contend for their souls and reveal the passion God has for them.

When penance takes the place of repentance we put people into an impossible situation. While it feels good for social justice mobs to exert control and enforce punishment, it’s a carnal, demonic emotional rush that only brings destruction.

Further, as we are inviting people into glorious repentance and into a new life in Jesus, we must search our own hearts. As we fight for true justice, it’s critical that we walk in humility, love and repentance ourselves. Social justice is often driven by pride and puffed out chests. God’s justice results in us hitting our knees and humbly advocating for those who so desperately need God.

There is a Place for Godly Justice Movements

We shouldn’t remain silent when people are wrongfully attacked, minimized and oppressed. We should go to battle as agents of the Lord and push back the forces of darkness.

Wickedness is rampant in the earth and God is looking for fearless warriors to confront the evils of abortion, sex trafficking, racial injustice and other ills.

I didn’t cover all I could in regard to the dangers of wrongfully applied social justice movements and I’ll not even begin to cover all of the opportunities for biblical justice in our nation. The point I’m attempting to make is that we must address issues in society with truth, the right motive and with the loving, compassionate heart of God.

We cannot use division and battles between cultural groups to bring healing and justice to our nation. The Bible demands that we don’t oppress each other and also that we refuse to scheme against each other. We can see this world impacted if we refuse to demonize the oppressors and if we respond to sociological crises with the love of Jesus.

This is what the LORD of Heaven’s Armies says: Judge fairly, and show mercy and kindness to one another. Do not oppress widows, orphans, foreigners, and the poor. And do not scheme against each other. (Zechariah 7:9–10, NLT)