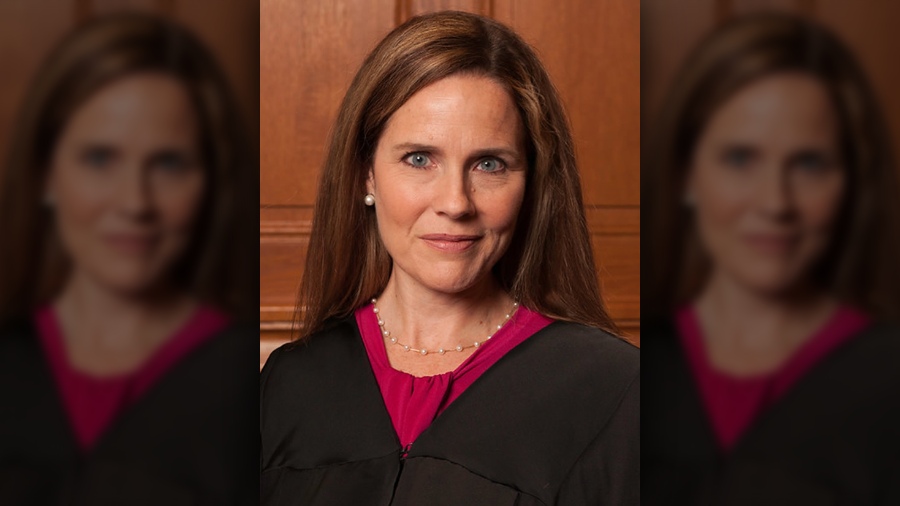 By Jennifer Hartline Published on September 28, 2020 •

The hostility leveled at Justice Brett Kavanaugh was disgusting and unhinged. It will pale in comparison to what’s coming against Amy Coney Barrett. The fury being unloaded on her is hellish already.

She may be the most hated, most vilified nominee in history, and the attack will come largely from liberal feminists.

Barrett is utterly intolerable to them. Her very existence is bile in their throats and boils on their faces. They will hiss and scratch and claw at her like possessed feral cats.

Not the Right Kind of Woman

Feminists will hate her because she exposes their lies for what they are: empty, destructive, and bitter.

She was supposed to have had one or two children at most, and hopefully have had an abortion at some point in her life (even if she keeps that detail private). She is absolutely supposed to support and defend Planned Parenthood as the true house of worship.

But above all else, feminists will hate Amy Coney Barrett because she has not joined them in their blood pact. She does not despise her own femininity, is not at war with her own fertility, and does not believe she must be able to kill her own child in order to be free and equal to men.

She is supposed to champion same-sex “marriage” and the legal human trafficking industry known as surrogacy. She is supposed to demand free birth control for women and “comprehensive sex education” starting in Kindergarten.

She is not supposed to be happy, successful, whole, content, or prosperous while living within the moral “constraints” and “oppression” of the despised “traditional” norms that feminism has worked so tirelessly to destroy. She is not supposed to achieve any measure of greatness without adhering to the modern feminist creed. Rather, she ought to be backwards, awkward, unattractive, rather helpless, and stupid.

But most of all, above all else, feminists will hate Amy Coney Barrett because she has not joined them in their blood pact. She does not despise her own femininity, is not at war with her own fertility, and does not believe she must be able to kill her own child in order to be free and equal to men.

It’s not Barrett. It’s Roe. Nothing else but Roe.

Stream editor David Mills recently pointed out how truly radical the late Justice Ginsburg’s views about abortion really were. Her belief, he showed, was that abortion isn’t about a woman’s privacy but about correcting the inherent disadvantage of being female in order to achieve real equality with men. Yes, she viewed pregnancy as an impediment to equality that women require the ability to eliminate at will. Nothing, not financial cost, not weeks of gestation, nor any consideration for the life of the baby must stand in the way of eliminating that obstacle if any women so chooses.

Ginsburg wasn’t a sentimentalist, obviously. She cared only about control, and about women having what she considered the necessary means to totally control their own lives.

That is the belief at the core of abortion dogma. Pregnancy is a crippling impediment to equality, and women must have control. Therefore, they must have every ability to “terminate” that unwanted impediment at any moment they choose, without any restriction whatsoever.

Forget the euphemisms about “choice” and “reproductive health care.” Abortion advocates have cast off the “rare” nonsense these days in exchange for full support of abortion-on-demand til birth and beyond. The battle between mother and child now extends even outside the womb. Because control.

Control achieved by killing the innocent powerless is the cruel method of tyrants. Legal abortion corrupts and wounds every soul who participates in it, especially mothers, for the powerless ones they kill are their own children. There is no freedom in that.

Amy Coney Barrett is the embodiment of the reversal of Ginsburg’s corrupt philosophy: a woman at peace with her biology, finding joy and fulfillment in what the world calls oppression. A mother who will not require her child’s death for her own life.

Nothing could be more revolting to the demonic spirit of abortion, so the attacks against her will be mercilessly vicious. Hell hath no fury like abortion threatened and scorned.

St. Michael the Archangel, defend the Barrett family in this battle.