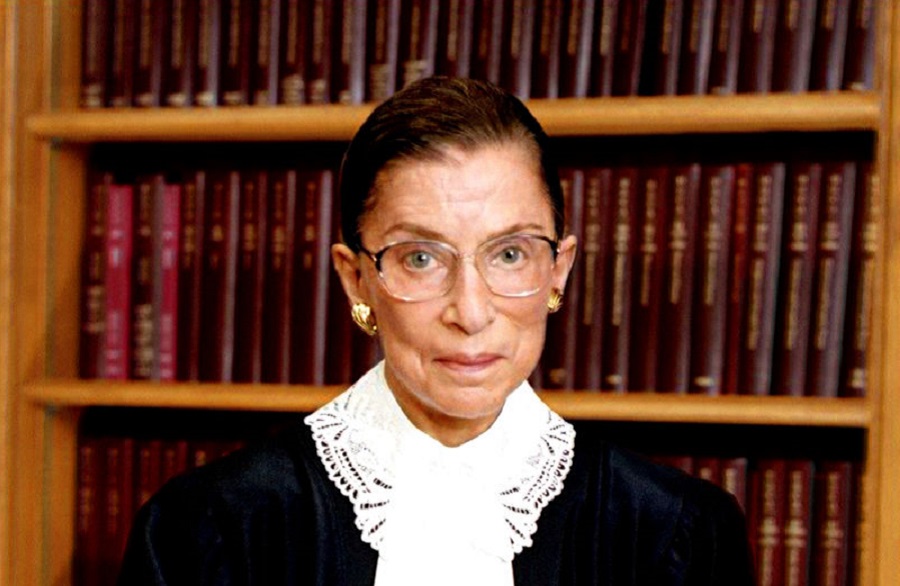 “Frankly,” said Justice Ruth Bader Ginsburg in 2009, “I had thought that at the time Roe was decided, there was concern about population growth and particularly growth in populations that we don’t want to have too many of.” She was speaking to the New York Times Magazine in an article on women on the court. Readers understood that those “populations” included racial minorities.

Many people saw this as a “gotcha!” moment. Finally, a leading liberal admits what they really want by pushing abortion! They aren’t just eugenicists, they’re racist eugenicists! It seemed like a gift from the sky. Many people have brought it up in talking about her death.

Was it a gotcha moment? And what do her words tell us about the pro-abortion movement? And about her own pro-choice legacy?

The reaction made sense. Some people who supported legal abortion wanted to reduce the number of the poor and disabled, a group disproportionately including black people.

David Mills’ last article on life issues was Joe Biden’s Not ‘Truly Pro-Life.’ He’s Not Pro-Life at All.

For example, in 1992, pro-choice lawyer Ron Weddington urged president-elect Bill Clinton to get the abortion pill (RU-486) into production as quickly as possible. He had been one of the lawyers arguing the pro-choice case in Roe v. Wade. “I don’t think you’re going to get very far in reforming the country,” he wrote, “until we have a better educated, healthier, wealthier population.”

Social programs will work slowly, he warned. But Clinton could speed it up. “You can start immediately to eliminate the barely educated, unhealthy and poor segment of our country.” How? Push contraception. But since people are going to have sex no matter what, “government is going to have to provide vasectomies, tubal ligations and abortions … RU-486 and conventional abortions.” (The dots are his.)

Abortion, he insists, has been good for the country. “There have been about 30 million abortions in this country since Roe v. Wade. Think of all the poverty, crime and misery … and then add 30 million unwanted babies to the scenario.”

Weddington seems to be thinking specifically of black Americans. He probably didn’t realize it, but he let that out in his example. “For every Jesse Jackson who has fought his way out of the poverty of a large family, there are millions mired in poverty, drugs and crime.”

Was Justice Ginsburg as big a creep as Weddington? Was she saying what he said when she spoke to the Times? Here’s the background.

The interviewer, a Times editor named Emily Baselon, asks Ginsburg if she wants to see that “the right to abortion is rooted in the constitutional promise of sex equality.” In other words, that the right to abort one’s child expresses not just a woman’s “right to privacy,” as Roe v. Wade had it. It would be seen as necessary to ensure that women could be fully equal to men, as the Constitution demands they be.

Ginsburg says she wants that. She then notes that women with money can always get abortions, but poor women can’t. Roe didn’t change that. “We have a policy that affects only poor women, and it can never be otherwise.”

She had expressed the same concern in a lecture given in 1984. “[F]or poor women, however, a group in which minorities are disproportionately represented, access to abortion is not markedly different from what it was in pre-Roe days.”

In the Times interview, she goes on to explain that the way the court ruled in Harris. v. McCrae in 1980 surprised her. The court ruled 5-4 that the government can’t stop a woman from getting an abortion, but it doesn’t have to help her get one either.

Then Ginsburg says the much-quoted line: “Frankly I had thought that at the time Roe was decided, there was concern about population growth and particularly growth in populations that we don’t want to have too many of. So that Roe was going to be then set up for Medicaid funding for abortion. Which some people felt would risk coercing women into having abortions when they didn’t really want them.” The McCrae decision showed her she had been wrong.

So did Ginsburg mean what her critics said she meant? Did she admit that she and her peers wanted legalized abortion to reduce the number of poor and minority people?

No. It’s clear from the interview itself that she thought the court wanted to reduce the number of poor people. She was retelling a history, not giving her own view. As her defenders noted, nothing in her writings and decisions suggests she thinks like this. (And it’s often forgotten that she criticized how broad a decision Roe was.)

She was then a 39-year-old lawyer who had nothing to do with arguing the case, just looking at it from the outside. She had guessed at the justices’ mindset. It was a reasonable guess. The political mainstream then spoke about “the population bomb” the way they speak about climate change today. Six of the 7 justices who voted for Roe were Republican appointments and Republicans had long been active in the pro-abortion movement. And before that in the eugenicist movement.

Interviewed again three years later, Ginsburg told Bazelon that the line “was vastly misinterpreted.” She was surprised that the court ruled as broadly as it did and thought it might want more women to have access to abortion by having the federal government pay for it. She mentions the widespread concern at the time about overpopulation.

The Cost of Misreading

The critics’ reading — Ginsburg admits it! Liberals want to get rid of poor people! — was unfair. It wasn’t the most honest of readings.

And there’s a cost to dishonesty. You miss the thing you must see. You don’t see how clever and how radical Ginsburg’s promotion of abortion rights really was.

Ginsburg wanted to drive legal abortion into the Constitution. She wanted to make it a right equal to the First Amendment rights, even though the text never mentions it.

She explained this to the Senate in her confirmation testimony, back in 1993. Any law against abortion “controls women and denies them full autonomy and full equality with men.” Pregnancy puts women at a disadvantage compared with men. “It is essential to woman’s equality with man that she be the decisionmaker, that her choice be controlling. If you impose restraints that impede her choice, you are disadvantaging her because of her sex.”

Ginsburg didn’t like basing abortion in the woman’s right to privacy, as the Roe court did. That leaves open the possibility of balancing her right to privacy with her unborn child’s right to live. She wasn’t proposing abortion as a tragic necessity, a way out for women who just can’t have a child. She didn’t talk about abortion being “safe, legal, and rare,” as the Clintons once did. Those arguments also allow for restrictions.

Simple arguments. Elegant arguments. Clean, neat, without the practical messiness of the halfway arguments. Based on an ideal of equality that nearly everyone agrees with. Recognizing a reality everyone knows. Arguably respectful of the Constitution itself in a way Roe wasn’t. And justifying the killing of tens of millions of human beings.

Justice Ginsburg’s legal project will outlive her. If it succeeds, American law will become completely pro-choice. The unborn child will have no right to live till birth.

How Abortion Poisoned Our Politics (and Everything Else)