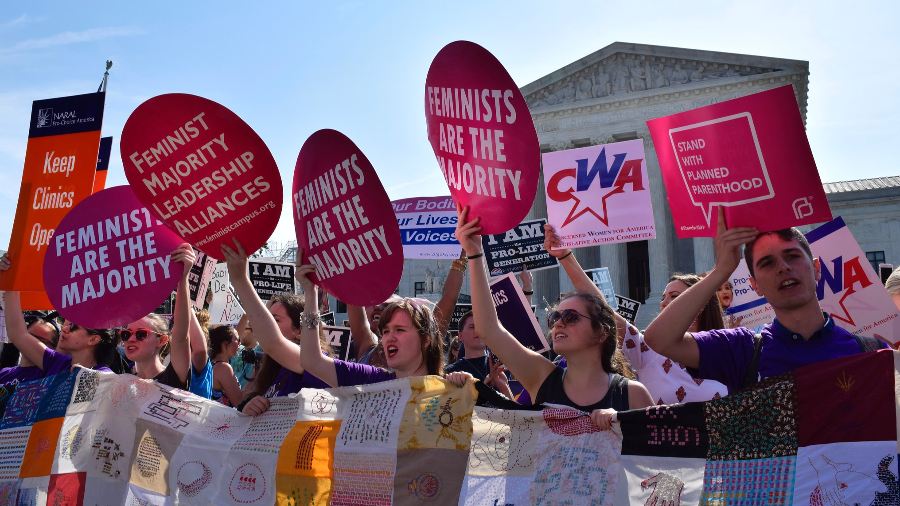 You don’t need to be a rocket scientist or a prophet to know that, in the aftermath of Roe v. Wade, it’s going to get very ugly on the streets of America. As I tweeted, “The overturning of Roe v. Wade is revealing the real spirit behind abortion. It is murderous, violent, angry, and full of venom and hate. The attacks on churches and pro-life clinics are par for the course. Abortion has become a pseudo-religious rite; it was never a moral right.”

We know, of course, that not everyone involved in the abortion industry is dead set on evil. Think of the teenage girl who agonized over her decision to terminate her pregnancy, living with regret in the years that followed. But in the heat of the moment, she felt abortion was her only choice.

Or consider the parents wrestling with what to do with the report that their beloved, precious baby in the womb has a severe congenital defect, destined at best to live a few months or a year, and in great agony. Is not abortion the merciful thing to do? Isn’t that better than watching your child die slowly in front of your eyes, dominating your time, taking you from your other kids and destroying your finances?

Those Who are Set on Evil

To repeat: not everyone involved in the abortion industry is dead set on evil.

But there are plenty who are, having felt the power of bloodlust or becoming gripped in the vice of greed.

As I wrote in June 2019, “The state of New York has now added insanity to bloodlust. Yes, the same state that makes it legal to abort a baby in the womb right until the moment of delivery has deemed it inhumane to declaw cats.”

It is only natural, then, that the overturning of Roe would release a spirit of violence and hatred and vandalism and intimidation.

And then remember: these arsonists and protesters and terrorists are doing this because they can no longer terminate the life of their child in the womb.

It will be the spirit of Jezebel, by which I mean that the same demonic spirits that operated through this ancient queen will operate through many today. (For more on this, see my book, Jezebel’s War with America: The Plot to Destroy Our Country and What We Can Do to Turn the Tide.)

It will be the spirit of radical, man-hating feminism, the spirit that inspired groups in the late 1960’s like W.I.T.C.H., the “Women’s International Terrorist Conspiracy from Hell.”

It is the same spirit that is inspiring groups like Jane’s Revenge today.

Even the left-leaning Wikipedia describes Jane’s Revenge as “an American far-left terrorist group, which has perpetrated and threatened domestic terror attacks in the name of defending abortion rights. The group has committed acts of firebombing, vandalism, and arson.”

And who or what is this group attacking?

Pregnancy crisis centers (meaning, places where women can go to find an alternative to abortion). Churches (yes, the evil churches!).

As reported on June 15, “According to LifeNews, as many as 59 cases of ‘pro-abortion violence and intimidation’ have been reported since the leak of the Supreme Court draft decision that aims to overturn Roe v. Wade. Catholic Vote has also documented as many as 23 cases of ‘attacks on pregnancy centers and pro-life groups’ in the same time frame.”

And Jane’s Revenge is encouraging others to join them, writing, “Everyone with the urge to paint [as in vandalize a building], to burn, to cut, to jam: now is the time. Go forth and manifest the things you wish to see.”

As Caroline Downey tweeted, “Full statement from Jane’s Revenge, announcing that it’s ‘open season’ on pro-life pregnancy centers. “Future measures ‘may not come in the form of something so easily cleaned up as fire and graffiti,’ the terrorist group threatens. Merrick Garland?????”

Future measures "may not come in the form of something so easily cleaned up as fire and graffiti," the terrorist group threatens.

As vandals spray painted on a pro-life center in Wisconsin, “If abortion is not safe, you are not safe either.”

Why are They Furious? Because More Human Lives are Safe

In the days ahead, watch for the rise of the witches, casting spells on their pro-life antagonists and muttering curses against people of faith.

Watch for the rise of the roving mobs, with profanity on their lips, with hatred in their hearts, and with violence on their minds.

Watch for the revelation of the spirit of murder that fuels the fires of abortion.

And then remember: these arsonists and protesters and terrorists are doing this because they can no longer terminate the life of their child in the womb. They are furious and violent because they cannot do violence to their own flesh and blood. What kind of madness is this?

Contrast this with the spirit of the pro-life movement, manifest in the annual March for Life in D.C., an event that has been marked by dignity and grace.

And then consider that pro-lifers genuinely believe that babies are being killed in the womb, which could easily provoke violent acts. Yet, over the last 50 years, there have been very few physical attacks on abortion doctors and workers. (To be absolutely clear, one such attack is one too many, and a murderous attack is inexcusable and must be flatly condemned. If you are pro-life, you do not murder someone else.)

So prepare for the worst as it’s going to get ugly in the days to come.

May we overcome evil with good. And may the beauty of life prevail over the ugliness of abortion.