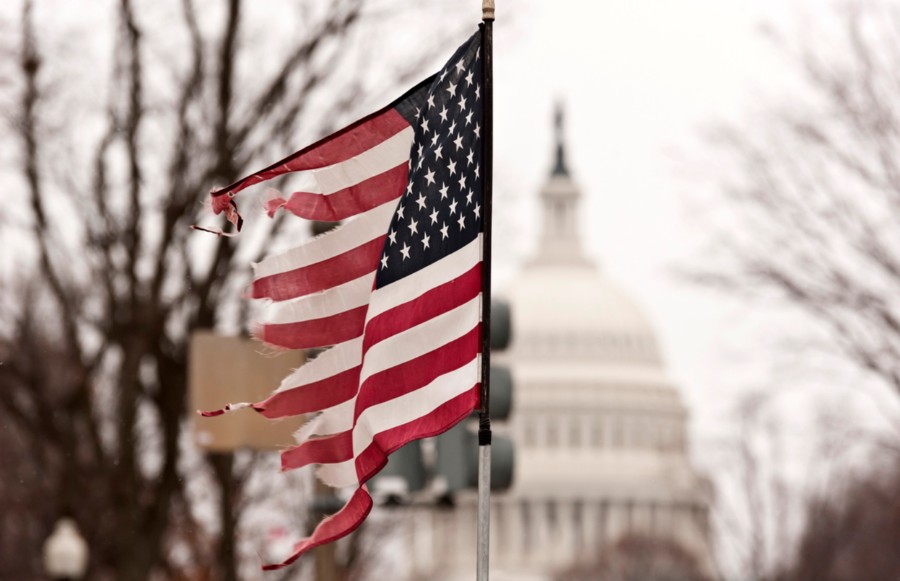 Like many of you reading this article, I am terribly disappointed with the outcome of the Georgia Senate races. The worst case scenario has unfolded, with an incoming Democratic president, backed by a Democrat-controlled Congress (as the incoming vice president casts the deciding vote in the Senate). And the consequences could be grave. Very grave.

But let’s not throw in the towel or write the epitaph for America. Our fate is hardly sealed.

Consider this grave warning from a powerful Christian leader who warned of what was coming to our country as it threatened to lurch to the left: “We may see the Bible cast into a bonfire, … our children, either wheedled or terrified, uniting in the mob, chanting mockeries against God … our wives and daughters the victims of legal prostitution; soberly dishonoured; speciously polluted; the outcasts of delicacy and virtue, and the loathing of God and man.”

An Election That Would Mean the Moral Destruction of America

Yet these words do not date to 2020 or 2021. Instead, they date back to 1798. And they were spoken by none other than Rev. Timothy Dwight, the respected president of Yale. He was describing what would happen should Thomas Jefferson be elected president. It would mean the destruction of America.

As recounted by historian Stephen Prothero, “Some New England ministers also saw a conspiracy afoot between Jeffersonians and the Order of Illuminati, a secret society of freethinkers that had supposedly masterminded the French Revolution and was now dedicated to creating a post-Christian ‘New World Order.’”

Does this sound vaguely familiar?

And, since American society was based on the Protestant faith, and since Jefferson was hardly an orthodox Protestant, the warnings were shrill and intense:

“Should the infidel Jefferson be elected to the Presidency,” wrote an alarmist in The Hudson Bee, “the seal of death is that moment set on our holy religion, our churches will be prostrated, and some infamous prostitute, under the title of the Goddess of Reason, will preside in the Sanctuaries now devoted to the worship of the Most High.” Outside the churches, “murder, robbery, rape, adultery, and incest will all be openly taught and practiced,” prophesied The Connecticut Courant. The American people, a “Christian Federalist” from Delaware added, would become “more ferocious than savages, more bloody than tygers, more impious than demons.”

Of course, this did not happen, and America lived on and thrived.

The Party of Every President Pays a Price

Could it be that our fatalistic thinking today, as in, “It’s all over for America!” is premature? Could it be that there will be a dramatic pushback against the left in the elections that follow?

Consider a more recent example, that of President Barack Obama.

Every president sees his party lose hundreds of positions — it’s the price a party holding the White House pays — but no president has come close to Obama. During Obama’s eight years in office, the Democrats have lost more House, Senate, state legislative and governors seats than under any other president.

When Obama took office, there were 60 Democratic senators; now there are 46. The number of House seats held by Democrats has shrunk from 257 to 188.

There are now nine fewer Democratic governors than in 2009. Democrats currently hold fewer elected offices nationwide than at any time since the 1920s.

Today, roughly two weeks before Joe Biden is scheduled to be inaugurated, the Democrats have an 11-seat majority in the House and are tied 50-50 in the Senate. There are also 27 Republican governors, as compared to 23 Democratic governors.

As for Biden, there was hardly any enthusiasm behind him as a candidate, and even less for Kamala Harris. Rather, he was elected based on hatred of Trump.

In other words, there was no blue wave or blue mandate. There was more of a reaction against President Trump.

Now is Not the Time to Embrace Hopelessness

Accordingly, to the extent that the Democrats continue to move left, to that extent they could suffer even more dramatic losses. And, should the Republicans find a candidate who cannot only energize the base but also unify the party, the gains could be rapid and significant.

Of course, that’s not written in stone either, and things could get really, really bad. Our liberties really could come under increased attack. The war against the unborn really could become more pitched. The democratic foundations of the nation really could be challenged. And the implications for the Middle East and countries like Hong Kong really could be severe.

We must live every day as if souls hung in the balance (which they do), getting our own houses in order, putting as much focus into the Great Commission as we have into the elections, and moving out of our comfortable, spectator Christianity.

But the 2020 elections are now beyond our control, and now is neither the time for self-pity nor for a hopeless, defeatist mentality.

Instead, on the spiritual side of things, God’s people need to act as if they are living in a hostile environment, one in which they cannot look to the government for deliverance or help. Instead, they need to avail themselves of the full arsenal of divine weaponry (by which I do not mean AK-47s), warring aggressively in the Spirit, overcoming evil with good, and focusing on changing the nation one heart at a time.

We must live every day as if souls hung in the balance (which they do), getting our own houses in order, putting as much focus into the Great Commission as we have into the elections, and moving out of our comfortable, spectator Christianity. We must live as if it is now or never.

At the same time, all those working in the political sphere (with many godly believers included in that number) need to learn some serious lessons from the presidency of Donald Trump, both the very good and the very bad, building on the successes and learning from the failures.

If we’ll do that, the future could look much brighter than it feels right now — but only if we seize the moment with urgency. What will it be?