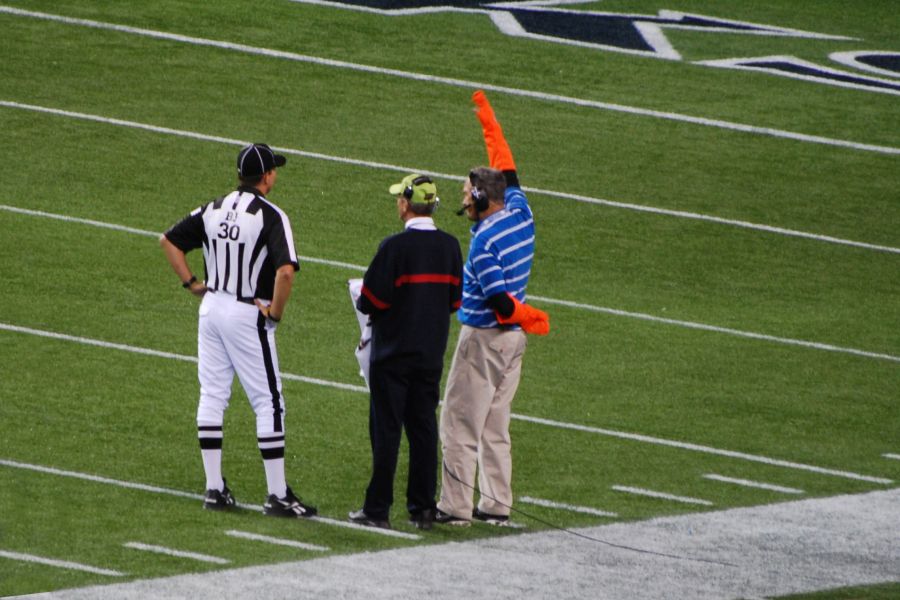 According to Jay Connor, writing at The Root, “if you really want to see how whiteness works, look no further than the NFL’s head coaching ranks.” He was echoing the comments of the outspoken sports commentator Stephen A. Smith. Both of them were not happy with some recent NFL hirings, as each major coaching position has been filled by a white man.

Smith opined, “We got a problem! This is some BS! Ain’t no way around this! We’re moving in a reverse direction. Black men are not being treated fairly in the National Football League. Somebody’s gotta say it.”

But Is It True?

Do Smith and Connor have a point?

When it comes to head coaches, only three are black. Does this point clearly to discrimination against black coaches?

Writing for Sports Illustrated December 31, 2018, Charlotte Carroll noted that, “As coaches are fired and hired this offseason, you’ll be hearing a lot about the Rooney Rule.”

Carroll explains that, the Rooney Rule, which was adopted in 2003, “is an NFL league policy that requires teams to interview ethnic-minority candidates for head coaching jobs. Since then, the Rooney Rule has been expanded to include general manager jobs. A similar rule requires that a woman be interviewed for every business front-office position that opens in the league.”

And yet, as pointed out by Rick Stroud for the Tampa Bay Times, the NFL today has the same number of black head coaches as it had when the Rooney Rule was introduced in 2003.

There’s no denying that there was anti-black discrimination in the NFL in the past, not to mention the larger, American sports scene in the past. Think Jackie Robinson.

But, seeing that so many of the NFL’s top players are black, can we really say that any kind of systemic racism still exists in the NFL today?

What if someone asked, “Why is it that there are no black placekickers in the NFL?” Does that prove discrimination?

What about punters? Why are there hardly any black punters in NFL history? Does that point to discrimination? Or is it genetics? (For the record, one theory points to economic considerations that would make it harder for a black punter to make it into the league.)

Conversely, there are very few white safeties or cornerbacks in the league. Why is that?

Already in 2009, an article was titled, “The Death of the White Running Back: An NFL Mystery.”

A 2017 article pointed out, “Last season, not one white player was a featured runner on any of the league’s 32 teams. In the past 31 years, only two white running backs have rushed for at least 1,000 yards in a season: Craig James (1985) and Peyton Hillis (2010).” (Add to this now the super-talented Christian McCaffrey. An article on “The NFL’s Racial Divide” noted that McCaffrey was “the first white tailback selected in the first round of the draft in more than 40 years.”)

Is this discrimination? Genetics? Something else?

There’s no question that different races seem to specialize in different athletic events. But is this genetic or cultural? A commenter to an online thread asking why most powerlifters were white wrote:

It’s just culture man, every sport is dominated by a different ethnicity or group of ethnicities.

Sprinting: Black dudes from the Americas.

Strongman: Northern Europeans all over the place.

Obviously, it would be blatantly racist to suggest that blacks make better football players than football coaches, as if there was something genetic about being a coach. I would certainly hope that no NFL owners or general managers would think in those terms.

But what about the culture of the NFL?

Hall of Fame quarterback Warren Moon, himself black, pointed out that, “You have to look at the history of pro sports in this country to understand how slowly things changed in the NFL with certain positions. In football, the ‘thinking’ positions down the middle – quarterback, center, [inside] linebacker – were the ones that we weren’t allowed to play.”

And so, “Despite the fact that there were a lot of African-Americans playing in the National Football League in the ’50s, ’60s and ’70s, there was a stereotype that we weren’t capable of succeeding at certain positions. If you played those positions in college and you got drafted, you knew you were probably going to get moved in the NFL. Supposedly, we weren’t smart enough or had the leadership qualities or whatever it took. At every position, for African-Americans, conquering that myth at quarterback was so important.”

Today, there are 9 starting quarterbacks who are black, which means that this, too, is changing. Perhaps the same thing will happen with head coaches?

You’d Think Owners Would Always Look for the Best. And Yet …

He added, “I do believe you’ll see more [people of color] break that glass ceiling. It just takes a little longer because of the size of the money.”

And, as he pointed out, team owners tend to hold on to their teams for many years, because of which changes in ownership are rare.

Is there, then, discrimination against blacks in the NFL, specifically, when it comes to head coaches?

Honestly, I don’t know, and the main reason I say that is simple: I would think that the main goal of the owners and general managers is to win games and succeed. For them, in the tough and even ruthless world of the NFL, winning is what counts. And for these owners in particular, winning is money.

So, if an owner was convinced that the best man for the job was a black man (or a person of any color), I believe that man would be hired.

On the flip side, could it be that the larger culture of the NFL has stereotyped blacks so that it’s harder for them to climb up the ladder? That they aren’t seen as coaching candidates?

Tony Dungy, himself black, and a former NFL head coach, says that the only criteria in hiring should be: Who is the best person for the job?

Yet, he explains, many of the owners are still failing to consider people of color as head coaches, despite the Rooney Rule. “That is what has minority coaches shaking their heads,” Dungy said. “And that’s what owners don’t understand. They have their minds closed to a portion of the universe that might help them.”

To be candid, when I first heard the comments of Stephen A. Smith, I thought to myself, “Come on, man. These teams are looking for the best man to help their team win. That’s all.”

But the more I look at it, the more I wonder about the larger culture of the league. Perhaps Dungy is right? Perhaps too many minds are closed?

If you’re wondering why I even bother to write about this, since I’m anything but a sports columnist, it’s that I think it’s always good to ask honest questions about race in America. At the least, it certainly can’t hurt to give this thought.

And in the end, we can all agree on this: The ultimate criterion in hiring should be, “We’re looking for the best person to fill this position.”

We just need to be sure to check all our options.