Is the GOP Really Going to Lose the House in the Midterm Elections? 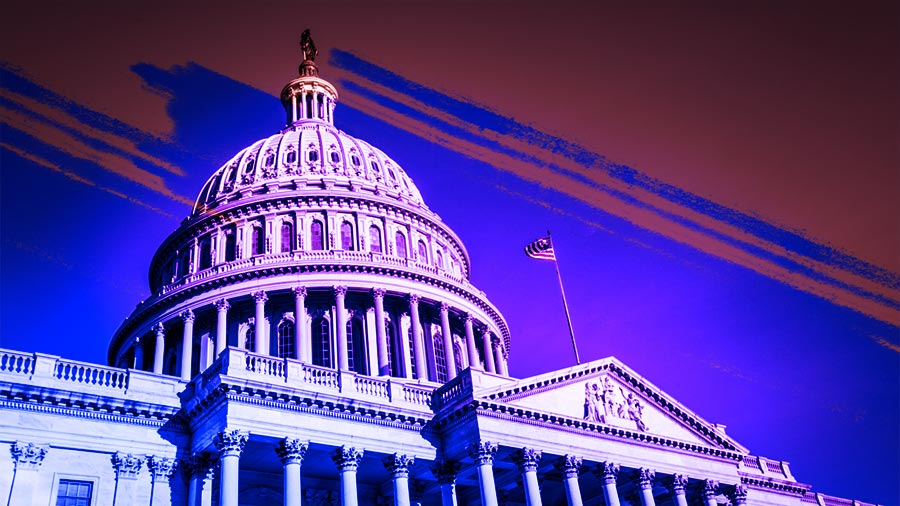 By Rachel Alexander Published on November 1, 2018 •

The Democrats are feeling good about the election Tuesday. They could win big and change our politics. FiveThirtyEight, a website that focuses on opinion poll analysis, predicts the GOP loses the House in the midterm elections next week.

The site says the GOP has only a 1 in 7 chance at keeping control of the House. FiveThirtyEight predicts that Democrats will likely pick up an average of 39 seats. They only need to pick up 23 seats to take the House. It predicts the GOP will drop to around 204 seats in the House and the Democrats will increase to around 231. FiveThirtyEight notes that Democrats are favored to win a majority of seats if they win the popular vote by at least 5.7 points.

Looks Good for the Dems

FiveThirtyEight isn’t always right, and its predictions tend to favor the left. But other major sources agree. The Cook Political Report calls 72 GOP seats vulnerable to Democratic takeover. Only five Democratic seats are ranked at risk.

One of the most accurate polling companies, Rasmussen Reports, also found that Democrats are poised to do better than the GOP. The survey revealed that 55 percent of likely voters say it’s important that Democrats win at least one of the chambers of Congress. Only 51 percent though it was important that the GOP keeps control of Congress. In a generic election ballot, 47 percent would choose the Democratic candidate. Only 44 percent would choose the GOP.

The seats at risk tend to be areas where Hillary Clinton won in 2016. Liesl Hickey, a former executive director of the National Republican Congressional Committee, observed, “I think we’ll have a suburban wave. A lot of the districts that we are most likely to lose are Democratic-leaning, they’re just going to what their modern DNA is.” The New York Times says that the election “will most likely turn on about 20 districts that Mr. Trump won comfortably but not overwhelmingly and that contain a mix of new developments as well as smaller, older communities.”

Looks bad for the Republican party. But is it?

President Trump has been flying around the country recently holding rallies to support candidates running for Congress. He scheduled 40 days of campaigning prior to the midterm elections next week, and has since added almost a dozen more stops. Despite the fact his approval rating is under 50 percent, he is making the election about himself. Historically, midterm elections are often a referendum on how well the president has done.

Early voting turnout is high, with a large number of people turning out because they either like or dislike Trump.

Early voting turnout is high, with a large number of people turning out because they either like or dislike Trump. Jack Pitney, a politics professor at Claremont McKenna College and a former staffer for House GOP leadership and the Republican National Committee, said the election hinges on Trump. “What is new is the breadth and depth of opposition to Trump,” he said. “Bush and Reagan had down periods, but they also had periods of high approval. Trump never has. He’s uniquely polarizing, and I think that’s an important dynamic in this election.”

When one of the two major parties holds the presidency, the other party usually does pretty well in the midterm elections. The party in power generally loses about 30 House seats. During Barack Obama’s first presidency, Democrats lost 63 House and six Senate seats in the midterms.

There are multiple reasons the Democrats are likely to take the House. They have a fundraising advantage over the GOP. The Democratic Congressional Campaign Committee raised $76 million more than the NRCC for the period ending October 16. Democrats are set to spend $143 million on television advertising in House races, compared with $86 million for Republicans. Democratic super PACs and other outside groups are spending more money than their GOP counterparts.

There is an unusually large number of GOP members of Congress not running for reelection. The retirements tend to be in areas where they would have a tough reelection.

How the midterm elections turn out may hinge on several big events. They are the caravan of illegal immigrants from Central America, the shooting at a Pittsburgh synagogue and the bombs mailed to prominent Democrats. Trump announced that he intends to crack down on illegal immigration by ending birthright citizenship for the babies of illegal immigrants.

If Democrats take the House, they might begin impeachment proceedings against Trump.

And if the Dems Win

While the Democrats have a chance at taking the House, it will probably not be by the large margins FiveThirtyEight is predicting. Trump is still madly campaigning, and he is motivating the GOP base to show up and vote.