Is the Devastation of Natural Disasters the Luck of the Draw? Is God Taking Target Practice? 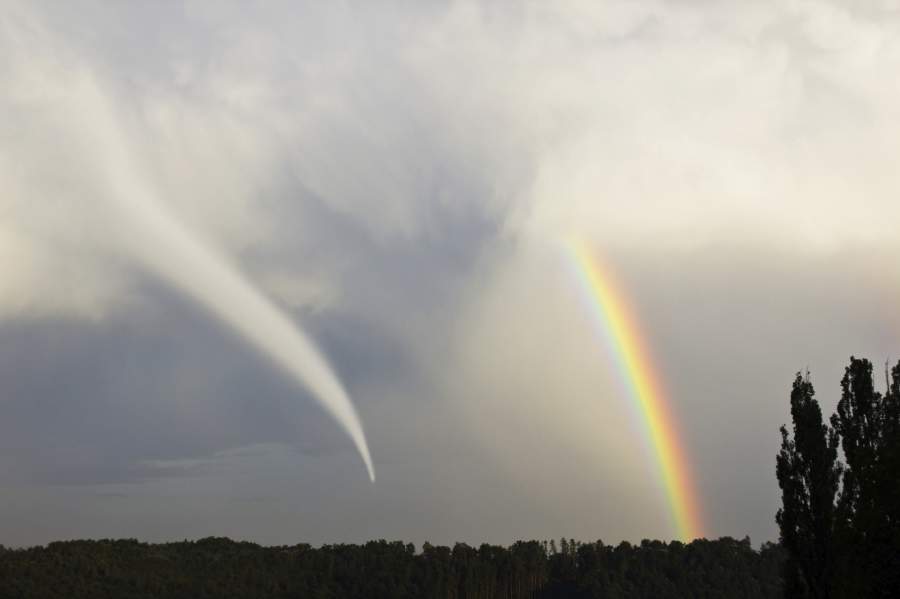 We’ve all witnessed the images of the recent tornadoes in Kentucky and five other states. At least 74 are confirmed dead and over 100 missing. It was Kentucky’s deadliest tornado at least since 1890 and possibly ever.

So, what do we make of these natural disasters from a biblical perspective? Are they from the devil, or are the insurance companies correct in calling them “Acts of God”? We can go so far down that path with known truths from God’s Word, but we will eventually run smack dab into 1 Corinthians 13:12:

Now we see things imperfectly, like puzzling reflections in a mirror, but then we will see everything with perfect clarity. All that I know now is partial and incomplete, but then I will know everything completely.

We’re in a Broken Play

What we do know for certain is that God originally created the Garden of Eden perfect. I can guarantee you there were no tornadoes. There weren’t even any thorns and thistles (Genesis 3: 18), and they didn’t have to sweat to enjoy the food (v. 19). Even Satan was originally created as a perfect being (Ezekiel 28: 14-15). And remember, Jesus taught us to pray, “May your will be done on earth, as it is in heaven.” (Matthew 6: 10) Does anyone who is reading this think there are tornadoes in heaven?

So as we try to sort through this perplexing subject, we must keep everything on the bedrock of the fact that God is good. Jesus said, “He who has seen Me has seen the Father” (John 14: 9), and He didn’t start the storm; He calmed the storm (Matthew 8: 26).

In football, sometimes there’s “a broken play.” That’s when somebody doesn’t do what he was supposed to do, and the quarterback scrambles. The original play is out the window. He’s just trying to keep from getting sacked and get the ball downfield as best as he can with a makeshift play. Well, ever since the Fall in the Garden of Eden, guess what? We’re all scrambling. It’s a broken play now.

Yes, Jesus came to gain back that which was lost in the Fall (Luke 19: 10) and is even referred to as the second (or last) Adam (1 Corinthians 15: 47). But He has a broken play and imperfect players to work with now. Some players happen to be in a better position to score than others.

In like manner, it does seem like some folks’ prayers “break through” and receive miraculous answers more so than the prayers of others. Jesus said:

Many Are Called. Few Are Chosen

In some cases, it’s pretty simple. We’re all given “the measure” of faith, but some put their measure to better use than others. If we were all given the same gym equipment, some would gain more strength and endurance than others. However, the disparity in other situations (such as natural disasters) can get complicated and can even go back to previous generations. But since God is no respecter of persons (Acts 10: 34), there must be other factors at play.

Hurricane Katrina hit New Orleans in 2005, causing 1,800 fatalities and $125 billion in damage. Afterward, preachers came out of the woodwork saying that it was God’s judgement on New Orleans for all its publicized sin. I like what one person said (I would give credit if I could remember who): “If that was God’s judgement on New Orleans for her sin, He missed! The French Quarter, where most of the sin takes place, was mostly unscathed.”

There are two schools of thought on “the thief” in John 10: 10. Some say it refers to the devil, and others insist the passage is speaking of false teachers. I have my own opinion, but it really doesn’t matter for our discussion. Jesus made it clear that the thief came to “steal, kill, and destroy,” and that He came to do the exact opposite: “To give life and give it more abundantly.” Look at the “before” and “after” images of downtown Mayfield, Kentucky. Ask yourself which one more resembles abundant life, and which one looks like killing, stealing, and destroying took place?

If your child lived there, would you destroy his home like that? Of course not. Well, Jesus said:

When I was in elementary school, the girl who sat in the desk in front of me sometimes wore her hair in pigtails. The guy who sat across the aisle would reach over and yank on one of them. Then he’d quickly jump back and act as if he was working on his assignment. The girl would always blame me and turn around to give me an angry look. None of us have all the answers regarding natural disasters, but I think God gets blamed for a lot that He had nothing to do with. He gave the earth to mankind (Psalm 115: 16), and mankind squandered it, obeying the “god of this world.” (2 Corinthians 4: 4)

How do we know when something comes from God? Well, a good place to start is James 1: 17, “Whatever is good and perfect is a gift coming down to us from God our Father.”

Joy Break: ‘I Just Figured I’d Do What I Can Do’