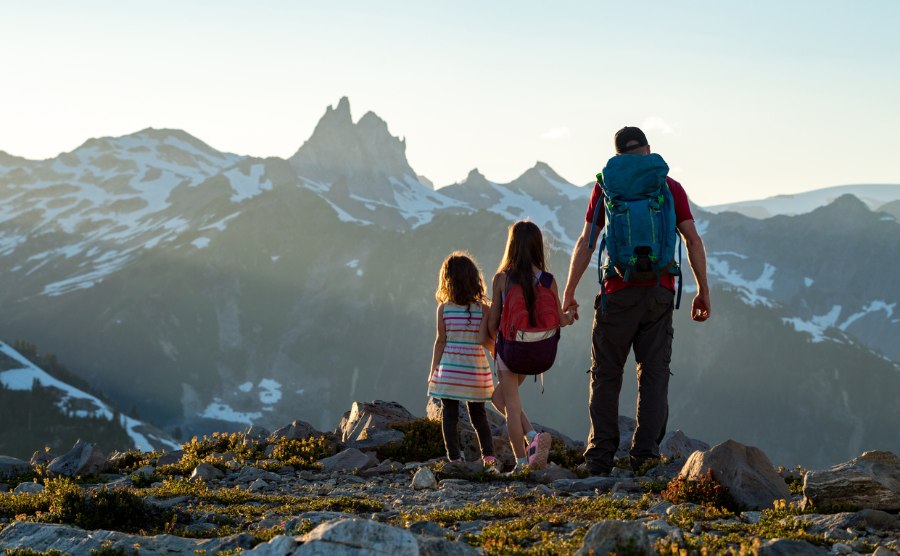 A Positive Portrayal of the 7 Mountains Mandate: Influence the Culture

The Generals International website offers a positive assessment, offering some historical background as well: “In 1975, Bill Bright, founder of Campus Crusade and Loren Cunningham, founder of Youth With a Mission (YWAM), developed a God-given, world-changing strategy. Their mandate: Bring Godly change to a nation by reaching its seven spheres, or mountains, of societal influence.

“They concluded that in order to truly transform any nation with the Gospel of Jesus Christ, these seven facets of society must be reached: Religion, Family, Education, Government, Media, Arts & Entertainment and Business.”

In other words, be strategic in your Gospel outreach, and don’t just reach individuals. Influence the culture with the Gospel as well.

“An Anti-Biblical and Damaging Movement”

No, We Don’t Have to “Take Control” Before Jesus Can Return

I certainly do not believe that “the church must take control of the seven major spheres of influence in society” before Jesus can return. Absolutely, categorically not.

There is far too much in the Bible that speaks of rebellion and darkness and satanic activity at the end of this age, along with glorious harvest and outpouring. The whole world will certainly not become Christian before Jesus returns.

I certainly do not believe that “the church must take control of the seven major spheres of influence in society” before Jesus can return.

More importantly, it is certainly dangerous to think that, in order to usher in the Second Coming, the church must “take over” the world. I shudder to think of the implication of a Christian “take over.”

Of course, for centuries, there have been godly leaders who believed that the whole world would be Christianized through the preaching of the Gospel. (This is called postmillennialism.) So, the issue was not one of “taking over” but of the success of the Great Commission.

According to the Christian History Institute, Jonathan Edwards (1703-1758), one of America’s greatest theologians, expected the church to usher in the millennial (1,000-year) reign of Christ.

Edwards envisioned the Millennium as the church’s ‘triumphant state,’ a time of Sabbath rest and peace. He expected it to be a time of great advance in knowledge ‘when neither divine nor human learning shall be confined and imprisoned within only two or three nations of Europe, but shall be diffused all over the world.’ He looked forward to a time of great holiness when ‘visible wickedness shall be suppressed everywhere, and true holiness shall become general, though not universal,’ and a time of great prosperity. He regarded Constantine’s era a type of the greater reality to come, so he also expected the Millennium to be a time when true religion would be held in great esteem and saints would rule on all fronts.

And how would this come to pass?

According to Edwards, “This is a work that will be accomplished by means, by the preaching of the Gospel, and the use of the ordinary means of grace, and so shall be gradually brought to pass.” Also, God’s Spirit “shall be gloriously poured out for the wonderful revival and propagation of religion.”

So, in the view of Edwards, the world will eventually be completely transformed through the spread of the Gospel.

Put in contemporary terms, the 7 mountains of culture and society will one day be totally Christian, not by a takeover but by Gospel transformation.

Charles Finney (1792-1875), one of the nation’s greatest evangelists, held similar beliefs, allegedly asserting in one point of his ministry “that ‘if the church will do her duty, the Millennium may come in this country in three years.’ This led in the years before the Civil War to unprecedented evangelical social and religious reform: temperance, antislavery, peace, women’s rights, education, as well as dramatic expansion in home and foreign mission work.”

So, Finney believed that the Gospel should impact society in a positive way, and in his view, with true revival and the dynamic spread of the Gospel, the millennial kingdom could be inaugurated.

And that brings us back to the so-called 7 Mountain Mandate which, in fact, means different things to different people.

There are some leaders today who believe in a “Gospel takeover” of sorts. That, to repeat, is a dangerous and unbiblical concept, and I thoroughly reject it. And if that is what someone means by the “7 Mountain Mandate,” then I concur with the Got Questions website. (To be candid, however, I hear more of this “takeover” talk from the opponents of the 7 Mountains than from the proponents.)

There are others who hold postmillennial views similar to those of Edwards and Finney. And while those are not my own views, I do not consider them dangerous. They are full of optimism and faith. I simply think they are not biblical.

Why Emphasize the 7 Mountains?

But the vast majority of leaders I know who emphasize the 7 Mountains do so for two reasons.

First, they believe we should not abandon these crucial areas of society. Rather, we should be salt and light in the midst of them.

Why let the world dominate our universities, many of which were founded as Christian colleges?

Why let non-believers dictate the curriculum for our children in elementary school? Are no Christians called to teach and lead in the public school system, along with in Christian schools?

If we constantly complain about what’s wrong with our world, shouldn’t we do our best to make things better?

Why let the world control the airwaves? Shouldn’t we do our best to get our message out as well?

And why give up any involvement in the government and politics? After all, if it’s right to pray for kings and rulers to become Christians, it’s right for Christians to run for office.

If we constantly complain about what’s wrong with our world, shouldn’t we do our best to make things better?

Second, evangelism is often much more effective when the surrounding social atmosphere is less hostile to Christians. This, I believe, was one of the major issues for Bill Bright and Loren Cunningham.

Not only so, but when there is less hostility to the Christian message, there is often more openness to receive it. And certainly more ability to get the message out.

Whether We Agree Depends on What is Meant

To the extent that 7 Mountains means seeing every area of life as a mission field, I embrace that wholeheartedly.

In the words of Loren Cunningham, “Therefore, we can be missionaries, where the word ‘missionary’ means ‘one sent’, and one sent of Jesus, if you’re a lawyer in a legal office, you are sent of God. You’re sent to be his missionary, or if you’re in Hollywood, or you’re working as a dentist, or you’re working as a doctor, everything you can do for the glory of God. You may be in the area of food services. The Bible says in Zach 14:20 that even the cooking pots will be called ‘holy’ to the Lord. That’s foodservices. Or transportation. Everything from a bus driver to an airplane pilot or to a car dealer or whatever it is, it says even the veils of horses will be called holy to the Lord.”

At the same time, I do not believe the whole world will turn to God before Jesus returns.

And I abhor any kind of talk of a Christian “takeover” (although, again, I hear such terms used more by the critics of 7 Mountains than by the adherents).

But I embrace the goal of seeking to have a positive, godly impact in the world in which we live. And I believe that goes hand in hand with the Great Commission.

Why would anyone argue with that?