We Didn’t Start Islam’s Fire. But Can We Put It Out? 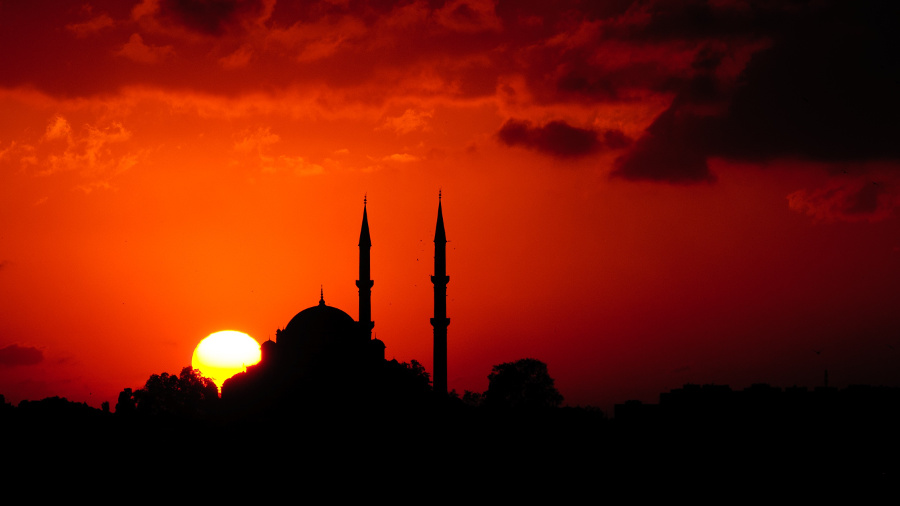 By Timothy Furnish Published on February 6, 2022 •

We woke up Friday morning to learn that ISIS leader Abu Ibrahim al-Hashimi “al-Qurayshi” was dead. U,S, Special forces tracked him down in Syria’s northwestern Idlib province. He then detonated his suicide vest. On TV, President Biden referred to him as ‘Hajji Abdullah.” And accused him of “cowardice” for killing himself. The overall takeaway? We “took a major terrorist leader off the battlefield and sent a strong message to terrorists around the world.”

Another Terrorist Leader Killed. So What?

But so what? This entire millennium, the U.S. has been sending Islamic terrorist leaders to meet the huris. (American forces claimed to have killed so many al-Qaeda seconds-in-command that they were mocked for it, years ago.) Unless one follows this topic for a living — and sometimes even then — the war against fundamentalist Muslims starts to resemble “We Didn’t Start the Fire,” the Billy Joel song with the litany of political events from the 1940s to the 1980s. Just update it.

Ayatollahs are still in Iran, but the Russians are long gone from Afghanistan. But then, so are we. How about “ISIS lost their caliphate/proving they can’t get a date.” Or “Houthis attack the UAE/because they’re Iran’s mini-me.” OK, I should leave lyrics to the professionals and stay in my wheelhouse.

So how can we make sense of the wars, rumors of war, unrest, vitriol and general refusal to play nice with others in the Islamic world? Let’s examine some major examples of current events and trends there. Then see if any paradigm can make sense of them.

First, ISIS. The Islamic State of Iraq and al-Sham (Syria, more or less) started as an offshoot of al-Qaeda in Iraq. Then, under “Caliph” Ibrahim al-Baghdadi, decided to break away.

AQ and ISIS (and many other such groups) want to bring back the caliphate. Which means Islamic unity under one man. AQ leadership believes more Muslims need to be convinced, and Islamic rule established in individual countries, first. Then a pan-national caliphate can be proclaimed. But al-Baghdadi turned that on its head. He declared the territories which ISIS controlled a caliphate in 2014. And conquered more, in Syria and Iraq.

ISIS has plenty of help, however. Seventy-five percent of the world’s terrorist groups are Islamic. The four most deadly? ISIS, AQ, Boko Haram (Nigeria) and al-Shabab (Somalia).

But the opposition was too great, and within five years the “austere religious scholar” was killed. And ISIS reduced from a caliphate back to a terrorist group. But ISIS has branches in over 20 countries, and remains a very real threat, no matter who leads it. Probably more so, even now, than AQ. Especially in Africa.

ISIS has plenty of help, however. Seventy-five percent of the world’s terrorist groups are Islamic. The four most deadly? ISIS, AQ, Boko Haram (Nigeria) and al-Shabab (Somalia). (Not “white supremacists,” Joe.)

A different hot spot, courtesy of another fire started by Muhammad, is Yemen. For the better part of a decade, a proxy war has waged in southwestern Arabia. On one side, the Zaydi Muslim Houthis, supported by Iran. On the other, the Sunnis backed by the Kingdom of Saudi Arabia, UAE and the U.S.

The media regularly paints this conflict as simply Iranian stooges stirring up trouble. But it’s more complex. The Houthi tribe is Zaydi, which is a form of Shi`i. For most of the last thousand years, they ruled Yemen. In 1962 they were displaced. In recent decades, the Sunni government has persecuted the Houthis. Then AQ and ISIS got involved. So too, then, did Iran. Mostly to cause problems for their major regional rival, the Kingdom of Saudi Arabia. Also for the UAE, at which the Yemeni rebels have recently launched Iranian-supplied missiles. The front line of the Sunni v. Shi`i civil war is there.

Some of the Islamic world’s hot spots simmer, more than explode. Thus, it’s not just jihadists who have a problem with the West. Consider the LGBTQ agenda, which many if not most Muslims oppose.

Azhar University and Mosque is considered the most authoritative Sunni institution. The Vatican, if you will, of Islam’s largest branch. Last month its top cleric, Shaykh Ahmad al-Tayyeb, accused the West of cultural “imperialism.” For what? Pushing Muslims to accept transgenderism and homosexuality. Ditto for the ranking Muftis in Oman, Saudi Arabia, Bahrain and Jordan. This agenda probably helped fuel the Taliban reconquest of Afghanistan. So it’s not just “extremists” in balaclavas with AK-47s who dislike aspects of Western civilization.

Other hot spots, like volcanic vents, emerge in unexpected places. Like Kansas. A homeschooling American mom there got involved with ISIS, even marrying successive members. Allison Fluke-Ekren traveled to Syria and somehow knew enough about weapons and explosives to train jihadists. And lead an all-female ISIS unit. Now she’s been indicted for various terrorism charges.

Stories like this one are short on her pre-ISIS life. Presumably she converted to Islam before taking the plunge into terrorism. And she’s not alone. Data has shown that in its heyday, one in six ISIS fighters were converts. Mostly from Christianity. Perhaps 25% of American Muslims overall are converts. (Compared to only 6% of American Christians.) So the world’s second-largest faith is gaining. Often at the expense of the largest.

One Interpretation: The Clash of Civilizations

ISIS terrorism. War in Yemen. Islamic theologians rejecting a key Western belief. Jihadist moms from Kansas. What can those four things possibly have in common?

On one level, they all represent a clash of civilizations. This thesis was first proposed by the late Samuel Huntington, as the USSR disintegrated. He identified nine distinct global civilizations (partly cultural, partly religious) that might come into conflict post-Cold War. Why? Because of the removal of the global ideological struggle. And which of the nine played worst with others? The Islamic one. In fact, Huntington predicted that it would have “bloody borders.” And so it has.

But Muslims who oppose the other civilizations — notably the West, with which Islam has often been in conflict, and which dominates the globe — see it another way. As Islamic insurgency. (Others, like the Russians and Chinese, see it similarly. More on those in other articles.)

This is a global revolt rooted in a certain understanding of Islam, waged both peacefully and violently by groups expressing largely the same beliefs. What are those? That Allah is humanity’s true and only deity. That the Quran is his word and Muhammad is his final prophet. And that what the world needs now, or as soon as possible, is Islamic law. And a global caliphate.

The West, whether Christian or secular, is seen as preventing these goals. Although others, like the Hindi and Sinic civilizations, have also been impediments. ISIS, Houthis, muftis and converts are on the same page, then. Sometimes they just have different methods. Most prefer a peaceful approach. But ultimately, violent and pacific Muslims, Sunnis and Shi`is, engineers and imams — all want every knee to bow to Allah.

Muhammad started this fire 14 centuries ago. It still burns around the world. Only time will tell whether one or more of the other civilizations will be able to snuff out both the raging and simmering fires of Islamic revolt. I am no longer sure we can bet on the West to do so.

White Supremacists Our Most Dangerous Threat? A Whiter Shade of Tall Tale