The Raleigh, North Carolina police tweeted that protesting is not an "essential" activity and broke up a rally. 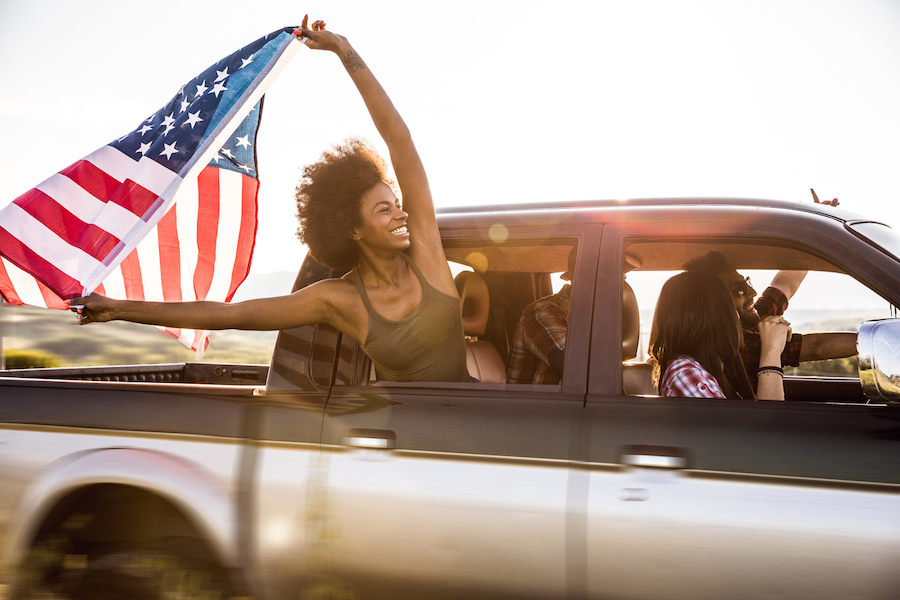 As lockdowns around the country continue due to the coronavirus, fed-up Americans have started to engage in protests. They worry that their businesses won’t survive if required to stay closed any longer.

Gov. Roy Cooper of North Carolina signed an executive order shutting down the state, with no end date mentioned. The libertarian group #ReOpenNC held a protest in Raleigh on Tuesday. About 100 people showed up, and most of them remained in their cars to comply with social distancing.

But the police showed up and ended the protest. Ashley Smith, the co-founder of #ReOpenNC, told The Federalist she had received permission for the demonstration from the Wake Forest Sheriff’s Department and the Raleigh Police Department.

Monica Faith Ussery suffered arrest merely for walking through the parking lot. The police warned both protesters who were walking and those in their cars. But when the police arrested Ussery, she was by herself.   Those who had been standing near her dispersed.

The Police Went Beyond the Governor’s Order

Protesting is a non-essential activity.

In Michigan, Gov. Gretchen Whitmer (D) issued arguably the most drastic stay-at-home order in the country. It bans public and private gatherings, and bans most travel between residences. It prohibits the purchase of many products deemed non-essential. Four sheriffs are refusing to enforce parts of the order. They said they believe she has overstepped her executive power.

“[Whitmer] has created a vague framework of emergency laws that only confuse Michigan citizens,” the sheriffs wrote. “Each of us took an oath to uphold and defend the Michigan Constitution, as well as the U.S. Constitution, and to ensure that your God-given rights are not violated. We believe we are the last line of defense in protecting your civil liberties.”

Thousands rallied at Michigan’s capital city of Lansing on Wednesday to protest. The “Operation Gridlock” demonstration was organized by the Michigan Conservative Coalition. Whitmer didn’t budge, and instead may exacerbate the situation. She nastily responded afterwards, “this is the kind of behavior that extends the needs for stay-at-home orders.”

Protests have also taken place in other states, including Kentucky, Utah, Ohio, Virginia and Minnesota.

Abortion opponents in Michigan have sued Governor Whitmer over her stay-at-home order. One of the plaintiffs said he was cited by police for protesting outside of a clinic on March 31. Ironically, the police told the protesters abortion is considered “essential” under the governor’s order. But the First Amendment protest activity was not.

Twitter is chiming in, censoring people for organizing protests.

A radio host was just locked out of her account for trying to organize a protest in Albany.
Do they do this to violent Antifa? @jack @TwitterSupport https://t.co/Zi4iHynXAY

Police seem only to be cracking down on protests by conservatives. A protest held in California demanding the release of illegal immigrants from a jail due to the Coronavirus was not stopped by police. And things like installing a new speed trap on a road the state calls “essential.”

So what does the law say? In Jacobson v. Massachusetts, 197 U.S. 11 (1905), the Supreme Court ruled that the “police power” of the States embraces “reasonable regulations … as will protect the public health and safety.” States also have statutes authorizing them to take action during public health crises.

Banning Protests Will Likely be Struck Down

But the First Amendment protects the right to publicly protest. It’s true that fundamental rights can be overridden during a state of emergency. However, the government’s regulations cannot be overly broad or discriminatory. They cannot be so broad that they completely prohibit the right to demonstrate. They must be narrowly tailored. This could mean requiring social distancing and face masks but not completely banning a protest. Legal scholars say a flat-out ban on protests will likely be struck down by the courts.

Several organizations issued a letter directed to public officials echoing this on how to straddle this line. The wide spectrum of co-signers included Americans for Prosperity, Freedom Forum and the National Coalition Against Censorship.

President Trump tweeted his support for protesters in three of the states on Friday.

LIBERATE VIRGINIA, and save your great 2nd Amendment. It is under siege!

Protesting is a fundamental right of our democratic republic. It’s not one that may be lightly surrendered. There are several more protests planned for this weekend around the country. Will law enforcement react appropriately, or will there be more overreactions? Four sheriffs in Michigan have figured it out. Any public official or law enforcement agency that hasn’t risks losing in court. It will not be cheap for taxpayers once all the lawsuits start.