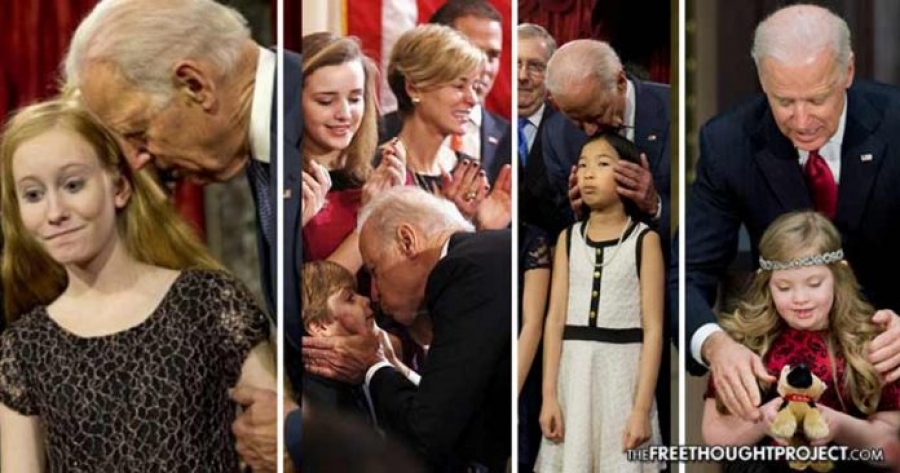 For the past four years, we’ve been hearing a lot about “norms.” President Donald J. Trump, we’re told, is an assault on our institutions. He’s trashing everything we hold dear. Blue Check Twitter constantly reminds us: “This isn’t normal!”

Conversely, of course, Joe Biden is normal. He is a return to The Way Things Were. The Good Old Days. America As It Should Be. And he looks so elderly and nonthreatening, you might be tempted to believe him. He’s been in Washington for nearly a half-century, after all. How dangerous could he be? When he speaks, one gets the vague feeling that they’ve seen him in a Norman Rockwell.

The New Normal Is Lunacy

But this is where we need to define our terms. When progressives howl about how our times are not “normal,” I tend to agree with them. In five years, we’ve created hundreds of genders. We’re cutting the genitals off of children to help them switch from male to female or vice versa. We’re giving them drugs, too, so they can grow breasts and beards and all the rest. We’re giving them shots so that they don’t go through puberty.

We’ve not only redefined marriage, we’ve redefined gender. All boundaries are being torn down, even biological ones. Nature must bow before the Self, and America must transition along with her new eunuchs and mutilated children. Joe Biden hadn’t heard of transgenderism ten years ago, but now he’s dedicated to this Great Battle of Human Rights. In fact, now that you mention it, he remembers his dad telling him one time that transvestites were more normal than normal people.

So to those saying that the last four years have not been “normal,” I’ve got news for you: Things haven’t been normal for quite some time, Skippy.

I know that the Sexual Revolution has been unfolding now for just over a half-century — longer, if you want to go back to Alfred Kinsey and Margaret Mead. But the fact is that the last four years have represented a staggering escalation. In 2016, when my first book The Culture War was released, I included one page on transgenderism, in the chapter on religious freedom. It primarily contained a glossary of terms to explain what transgenderism was. That feels like a century ago. Now, I’d need a chapter to explain what’s happened in the last few years — at minimum. 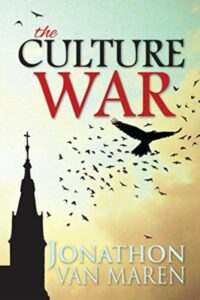 So when progressives say we must return to “normal,” what do they mean? Firstly, they mean that they regain the power they need to continue their revolution. They mean hormone blockers for kids. They mean double-mastectomies for healthy, beautiful girls with gender confusion. They mean castration as “health care” for gender dysphoric teen boys. They mean your tax dollars funding the destruction of human life in the womb. They mean the redefinition of fundamental norms that will transform the nation, the family, the relationship between parents and children, religious liberty, and more.

That all sounds harsh to say. It would be crueler not to say it. Millions of people are currently being gaslit into thinking that the ongoing disintegration of society’s foundations is normal, and that we should hasten back to it as swiftly as possible. The Democrats do not want to go back to The Way Things Were. They want to irreparably changing America. Cory Booker talks about his gender-confused “nie-phew.” Elizabeth Warren promised to have her Education Secretary approved by a transgender child. Joe Biden swears he’ll pass the Equality Act within 100 days of being elected.

Abortions and Castrations on Your Dime

In case you’re wondering what the Equality Act — Biden’s “return to normalcy” priority — is, here’s a rundown. Employers would have to pay for sex changes. Medical professionals would be required to perform them as healthcare. Abortion would be paid for by employers and taxpayers. Schools and businesses would have to permit boys and men who identify as women in female bathrooms, locker rooms, and showers. Women’s sports teams would have to admit biological males. Faith-based adoption agencies would be forced to abandon their beliefs or shut down.

As Ryan T. Anderson summed it up: “The Equality Act, in general, threatens the freedom of speech, freedom of association, and free exercise of religion rights of countless people.”

That America would be radically different from this one. As Dorothy observed: “Well, Toto, looks like we’re not in Kansas anymore.” Back in Kansas in September 2020, however, Dorothy could attend a high school where she could share a bathroom with Tom and Ben and other teen boys. Because we no longer understand human nature, that no longer seems like a big deal to the enlightened educators tasked with poisoning the next generation.

When progressives say they want normal, what they want is a new normal — the normal of the last couple of decades. They completed the Long March Through the Institutions, they took over the media and the entertainment industry, and now they only need political power to finish the job. In the meantime, it is important that everybody stay calm. Your child wants a sex change? Your job is to affirm and support. Your child gets taught to hate Christianity at school? That’s what school is for, honey.

The so-called conservative Biden voters, too, desperately long for normal — but seem totally blind to all of this. They want the decorum, the ceremony, Hail to the Chief, state dinners, big words, eloquent speeches filled with quotes that smart people know. In short, they want everything to be ship-shape as the ship goes down. The band must play on. Courteousness is essential. What? My son is a girl? I see. So it is, then. That sort of conservatism, Michael Malice noted dryly, is simply progressivism driving the speed limit. These folks, to echo Churchill, often have all the virtues I dislike and none of the vices I admire.

Waltzing on The Titanic

Progressives want everything to look normal while everything is transformed. They want the sort of revolution described by Søren Kierkegaard — one that we see unfolding on the streets right now:

A passionate tumultuous age will overthrow everything, pull everything down; but a revolutionary age, that is at the same time reflective and passionless, transforms that expression of strength into a feat of dialectics: it leaves everything standing but cunningly empties it of significance. Instead of culminating in a rebellion it reduces the inward reality of all relationships to a reflective tension which leaves everything standing but makes the whole of life ambiguous: so that everything continues to exist factually whilst but a dialectical deceit, privatissime, it supplies a secret interpretation — that it does not exist.

So when you hear progressives talk about “the right side of history,” that is what they’re talking about. They’re not talking about nearly 2,000 years of Western civilization informed by Judeo-Christian values. They’re talking about the destruction and transformation of that civilization. By every conceivable historical standard, Joe Biden is a radical. By the standard of twenty years ago, Joe Biden is a radical. And if he becomes president, we will discover that he is willing to unleash revolutionary forces — forces that will, in a cruel new America, become normal.