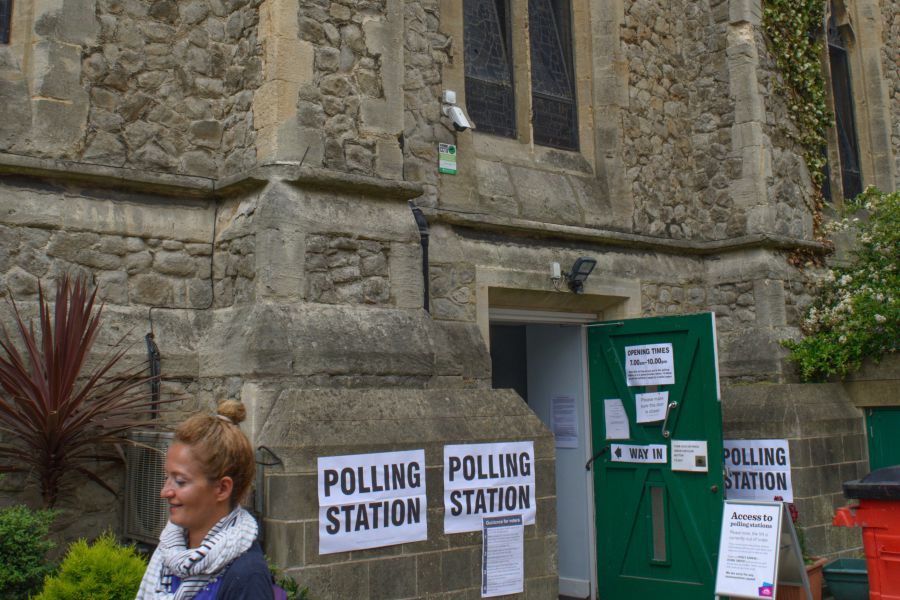 Why? Look at this one paragraph from a Wall Street Journal story: “Polls suggest Mr. Biden is in step with the majority of American Catholics. A 2019 survey by the Pew Research Center showed 56% of Catholics said abortion should be legal in all or most cases, compared with 61% for all U.S. adults; in 2009, 45% of Catholics answered the question that way. A Wall Street Journal/NBC News poll taken Sept. 13-16 showed Mr. Biden leading Mr. Trump nationally among registered Catholic voters, 49% to 46%, within the margin of error. In 2016, exit polls showed, Mr. Trump won Catholics 50% to 46%.”

Why doesn’t all that matter? Because the Catholics who are going to vote for him will vote for him anyway. Worse, it’s not clear how much being Catholic matters to Catholic voters.

Look at the Numbers

Take a close look at those 2016 poll numbers. About half of American Catholics were pro-abortion and about half were voting for Trump. The numbers are different for 2020. But still, a not-insubstantial number of Catholics are voting for Trump in spite of his pro-life position, not because of it.

Don’t get me wrong. I like Trump for more than abortion and I’ll take my Trump voters wherever I can get them. But the pro-abortion Catholic (Trump or Biden) voter, I think, really speaks to how superfluous is much of the concern with the Catholic voter in the 2020 election.

We leave the Democratic party for different reasons. Partial-birth abortion did it for me in the 1990s. For others, it was the attack on the Little Sisters of the Poor in the early 2010s.

I’m glad to have others follow in our footsteps. But the old man in me is like, “Really? You just figured it out now?”

The Democratic party always gets worse. And every election cycle there’s some Catholic in the news who has only now realized that the jig is up and is walking away. At some point it becomes comical.

I can imagine an AP story some 20 years from now:

“Mary Beth Maguire has had enough. When the 2032 Democratic Convention officially condemned monotheism and established Baal worship, complete with human sacrifice on hilltop altars, she held her nose and still voted for her Party, because they were good on the environment. But now that the 2040 Democratic platform has endorsed the practice of throwing virgins into volcanoes to satisfy the gods, the devout Catholic is done.

As I’ve noted before, the latter is much smaller. Besides myself, I’m aware of exactly four practicing Catholics from my high school class. All of them are women.

Two of them are orthodox, one an adult convert. The third expresses friendly horror at the number of children I have. The fourth, a Republican politician, celebrated a court ruling in favor of same-sex marriage by posting on her Facebook page a picture of the Statue of Liberty making out with Lady Justice.

And the Catholic school educated Catholics? Some of the people whom I first met during my one year of Catholic school (seventh grade) are, if anything, more vehemently supportive of abortion and LGBT policy goals than the public school crowd.

Something else I want to say about the failure of Catholic commentary on the 2020 election. How on earth do you write an article in 2020 that talks about JFK and Biden as if nothing happened in-between?

I don’t mean Roe v. Wade. Abortion politics is all over this article. The Journal article is written as if it’s still 1984. This is true of much of what I’ve seen. “Woe is the faithful Catholic. On the one hand, the Republican is pro-life, on the other hand the Democrat is pro-social justice.”

Remember 2004? You might not, because no one mentions it. But when it comes to Catholicism and presidential elections, 2004 is the single most important year to happen in between 1960 and 2020.

2004 is the year John Kerry, a pro-abortion Catholic, was the Democratic nominee. That was the year that it was appropriate to have a straight-up discussion about abortion and Catholicism and presidential politics. Should Kerry be denied communion because he’s pro-abortion? Can a Catholic licitly vote for Kerry?

A whole lot has happened since 2004. Things have gotten much worse.

2020 and Biden and Catholicism is not a straight up conversation about abortion rights. It’s about everything that’s happened since the last pro-abortion Catholic ran for President.

It’s about Biden promising to do away with the Hyde Amendment and force all of us to pay for abortions. And about his promise to reinstitute the contraceptive mandate and sue the Little Sisters of the Poor (and any Christian institution who resists) into submission.

Don’t forget the running mate he chose. She may well be president in a year or two. Kamala Harris essentially declared, with her attack on the Knights of Columbus, that faithful Catholics can’t serve as federal judges. She tried to crush David Daleiden for crossing Planned Parenthood. She wants to force Catholic hospitals to provide abortions and force crisis pregnancy centers to advertise abortion. And she’d gut the Religious Freedom Restoration Act.

Don’t forget the party either. Biden’s party passed a law in New York making it permissible to kill the unborn child up to the ninth month. In Virginia, Democrats approved leaving babies that survive abortion, newborns, to die. One of their leading senators told a judicial nominee that “the dogma lives loudly within you” as a “concern,” violating the Constitution’s ban on religious tests for office.

A lot has happened since 2004. In 2004, the question was whether a Catholic could vote for a fellow Catholic who was pro-abortion. In 2020, if you vote for Joe Biden and Kamala Harris, you would be doing a lot more than that.

You can sleep well tonight knowing it’s only Peter Wolfgang who thinks you just sold us out.