Is Donald Trump Anti-Gay or Pro-Gay? 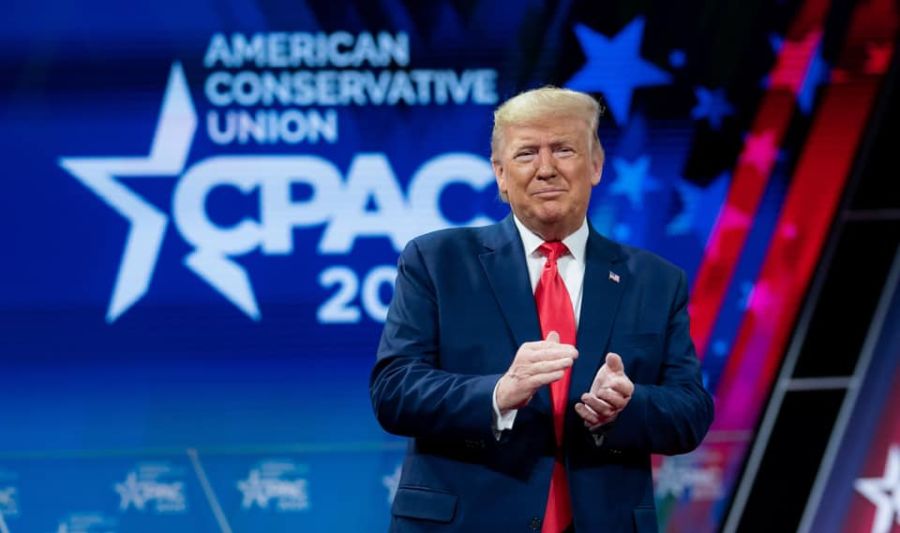 According to Acting Director of National Intelligence (DNI) Richard Grenell, himself gay, “President Trump is the best President the gay and lesbian community has ever had” (this from October 10). According to Alphonso David, head of the Human Rights Campaign (HRC) Trump is “the worst president on LGBTQ issues ever” (he said this November 2019). Who is right?

Back in August of this year, Grenell claimed, “President Trump is the most pro-gay president in American history. I can prove it.”

Responding to this in the Washington Post, Glenn Kessler labeled the claim “absurd,” giving it Four Pinocchios in his fact-checker article.

I ask again: Who is right?

Is Trump Pro-Gay or Anti-Gay?

Grenell made his recent comment in an exclusive interview with Breitbart, hardly a pro-gay website (but a strongly pro-Trump site). The article, citing his remarks, began with this:

President Donald Trump, Vice President Mike Pence, and second lady Karen Pence called leaders of OUTspoken, a group of LGBT conservatives who gathered in Nashville, Tennessee, on Friday, to thank them for their support.

OUTspoken, a group of LGBT conservatives who “support freedom and diversity of thought,” tweeted a photo of members of the group receiving the special phone calls from the leaders.

An October 10 tweet from gay Trump supporter Rob Smith, who was part of this group, summed things up with this:

An honor to be there for this. I lost nearly ALL my gay friends when I “came out” as a Republican.

But I gained a movement of sane, free-thinking gays that will save the #LGBT community from the radical left.

And we have the BIGGEST ally in @realDonaldTrump.

An honor to be there for this. I lost nearly ALL my gay friends when I “came out” as a Republican.

But I gained a movement of sane, free-thinking gays that will save the #LGBT community from the radical left.

And we have the BIGGEST ally in @realDonaldTrump https://t.co/z7KTzlQIkN

The RNC is hallucinating and advancing misleading and disingenuous rhetoric. Yes, Trump has taken many ‘unprecedented’ steps, but those steps have been to undermine and eliminate rights protecting LGBTQ people, not empower us. Appointing a small handful of gay people out of thousands of nominations and making a very few — and unfullfilled — pledges can hardly qualify as accomplishments. Don’t gaslight us. The Trump-Pence administration is the most virulently anti-LGBTQ administration in decades — the RNC cannot put lipstick on a pig.

In support of this claim, he listed more than 30 allegedly anti-LGBTQ actions taken by the Trump administration.

Already in June, 2018, Buzzfeed compiled a list of, “All The Anti-LGBT Stuff Trump Has Done As President.”

Buzzfeed stated that, “When Donald Trump ran for president, he pledged he would be an LGBT ally, even carrying an ‘LGBTs for Trump’ rainbow pride flag at a rally in 2016. Shortly after he reached the Oval Office, the White House announced, ‘President Trump continues to be respectful and supportive of LGBTQ rights.’”

And in August 2020, Bloomberg Law claimed that, “Trump’s revoking of historic Obama-era protections for transgender populations is a new level of cruelty during the threat of Covid-19, says Kay Van Wey, an attorney with Van Wey, Presby & Williams.”

How, then, do we sort this out?

Simply stated, when it comes to Trump and the LGBTQ community, it’s a mixed bag.

On a personal level, I don’t believe he has any issue working with gays and he would not hesitate to appoint a qualified gay person to a position in his administration. I don’t even think he has any issue with “married” gay couples.

That’s why he has used Grenell in various capacities. That’s why he invited Peter Thiel, the openly gay co-founder of PayPal, to speak at the 2016 RNC convention — as an openly gay man. That’s why he said during the 2016 campaign that Bruce “Caitlyn” Jenner would be welcome to use the women’s bathroom at Trump Tower. (Jenner then took him up on his offer.) That’s why he said in 2019 that he was “absolutely fine” with Pete Buttigieg’s “marriage.”

It’s also clear that he enthusiastically welcomes the support of LGBT voters, as seen clearly when he proudly held up a “LGBTs for Trump” flag in 2016, as noted above.

And we should remember that the so-called “LGBTQ community” is, in some ways, as diverse as the “heterosexual community.” And so Trump will find much in common with gay voters who identify as conservative.

As for his legislative, “pro-LGBTQ” actions, they are few and far between, the most obvious being his 2019 announcement that he was working to end the criminalization of homosexuality worldwide.

Yet even this action was in response to the hanging of a gay man in Iran (who among us supports something horrific like that?), and, on a certain level, it was more symbolic than anything.

As for his perceived “anti-LGBTQ” actions, those fall in line with: 1) his solidarity with Christian conservatives; and 2) his commitment to stand for religious liberties.

With consistency, when there is a conflict between freedom of religion and LGBTQ rights, the Trump administration has sided with freedom of religion. And when it comes to administrative actions perceived to be hostile, LGBTQ activists can easily compile their lists. In that regard, he has lived up to both the expectations of Christian conservatives and the fears of LGBTQ activists.

Four Years Later to the Month

How, then, do we evaluate Trump when it comes to LGBTQ issues and people?

Responding to candidate Trump’s waving of the gay flag in October, 2016, I wrote that I believed that Trump “wants to be the champion of hurting Americans everywhere, and he can probably look at his gay friends, like Peter Thiel, his evangelical friends, like Mike Pence, and his black friends who hailed from poor neighborhoods, like Ben Carson, and say, ‘I’m here to fight for you!’”

But I also wrote that “if we are voting for Trump, we do so with our eyes wide open, not making him into a larger than life deliverer who will save the day and turn the tide. To do so is to give place to myth rather than reality and to set ourselves up for disappointment.” (In retrospect, does this now ring true?)

And I called on followers of Jesus to love their LGBTQ neighbors as themselves, even while holding to our biblical convictions. This, too, is part of our sacred mission.

Now, four years later to the month, we have come full circle, faced with the exact same scenario, including the minority claim that Trump is pro-gay and the majority claim that he is not.

My counsel today is exactly what it was in 2016 when I wrote:

I urge every Christian conservative who plans to vote for Donald Trump not to sell your soul to him as you vote, but rather to commit to pray for him, recognizing his many, serious flaws. And if he is elected, then pray all the more that he will be surrounded in the White House by men like Joseph and Daniel who will bring wise counsel to the Oval Office.

I ask again: Does this ring true today?