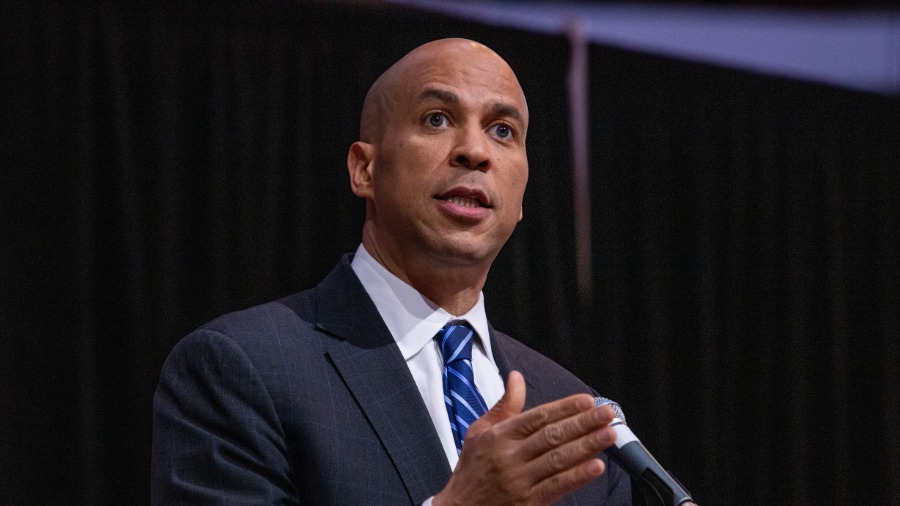 I appreciate that Democratic presidential candidate Cory Booker is not ashamed to speak of his faith. He is not ashamed to call himself a Christian, and he is not afraid to quote Scripture. The question is: Is he misusing the Bible? Is he misapplying God’s Word?

Booker’s Misuse of the Bible

Senator Booker was responding to a question asked by a Catholic school student who stated that her school “routinely rejected requests for an LGBTQ+ club.”

He added, “I can respect your religious views but also protect people from discrimination.”

Did Booker apply this famous verse from the Old Testament accurately? Was the senator correct in explaining his opposition to “discrimination” against LGBTQ+ people based on this text?

The passage in full reads, “He has shown you, O mortal, what is good. And what does the Lord require of you? To act justly and to love mercy and to walk humbly with your God.”

According to Jewish tradition, in this one text, the Lord reduces the 613 commandments of the Torah to just three: act justly, love mercy, and walk humbly before God (see b. Makkot 23b-24a).

This really sums it all up, and both Jews and Christians can say “Amen” to these requirements.

But what, exactly, does it mean to walk humbly before God?

That means acknowledging that He is God and we are not.

That He is almighty and we are frail.

That He is eternal and we are mortal.

It means acknowledging that He knows all and has perfect wisdom, that His ways are best.

It means worshiping and bowing low before this God, as described in Isaiah: “Who has measured the waters in the hollow of his hand, or with the breadth of his hand marked off the heavens? Who has held the dust of the earth in a basket, or weighed the mountains on the scales and the hills in a balance? Who can fathom the Spirit of the LORD, or instruct the LORD as his counselor? Whom did the LORD consult to enlighten him, and who taught him the right way? Who was it that taught him knowledge, or showed him the path of understanding? Surely the nations are like a drop in a bucket; they are regarded as dust on the scales; he weighs the islands as though they were fine dust.” (Isaiah 40:12–15)

In short, walking humbly before God means getting low and saying, “God, I submit to Your wisdom. I don’t tell You how to run Your world. I don’t dictate to You, You dictate to me. What You say, I embrace, and I lay my opinions and preferences at Your feet.”

How, then, does Micah 6:8 apply to our views on homosexual practice? On same-sex “marriage”? On perceived gender identity transcending biological sex?

Actually, it’s the opposite of Cory Booker’s interpretation of the verse, since the senator exalted his sense of justice and fairness over God’s Word.

Rather than saying, “Lord, it hurts me that the Church does not recognize same-sex relationships. It troubles me that Bible-believing Christians reject homosexual love. But what do I know? I am a child of the moment, here today and gone tomorrow, whereas Your words endure forever. So, as much as I don’t understand it all, I honor Your Word, believing that You know best.”

That is true humility, and that is what God requires of us.

The Bible is Clear

Interestingly, many gay scholars and theologians acknowledge that the biblical record is clear. As noted by Pim Pronk, a gay biologist, theologian, and philosopher:

“To sum up: wherever homosexual intercourse is mentioned in Scripture, it is condemned. With reference to it the New Testament adds no arguments to those of the Old. Rejection is a foregone conclusion; the assessment of it nowhere constitutes a problem. It obviously has to be repeated from time to time, but the phenomenon as such nowhere becomes the focus of moral attention. It is never condemned in isolation but always in association with other major sins: unchastity, violence, moral corruption, and idolatry.” (From his book Against Nature? Types of Moral Arguments Regarding Homosexuality, p. 279. Note that Dr. Pronk rejects the plain sense of Scripture based on “hermeneutics.”)

We Don’t Know Better Than God

Humility requires that we accept God’s verdict. That we don’t exalt our viewpoints over His. That we don’t claim to know better than the Lord who made us.

And so, with all respect to Senator Booker, he actually turned the Bible upside down.

May Mr. Booker have enough humility to recognize the error of his ways and to bow low before the God whom he claims to love and serve.