The Clintons are accused of using their foundation to violate the law in three areas, which may rise to the level of criminal activity. 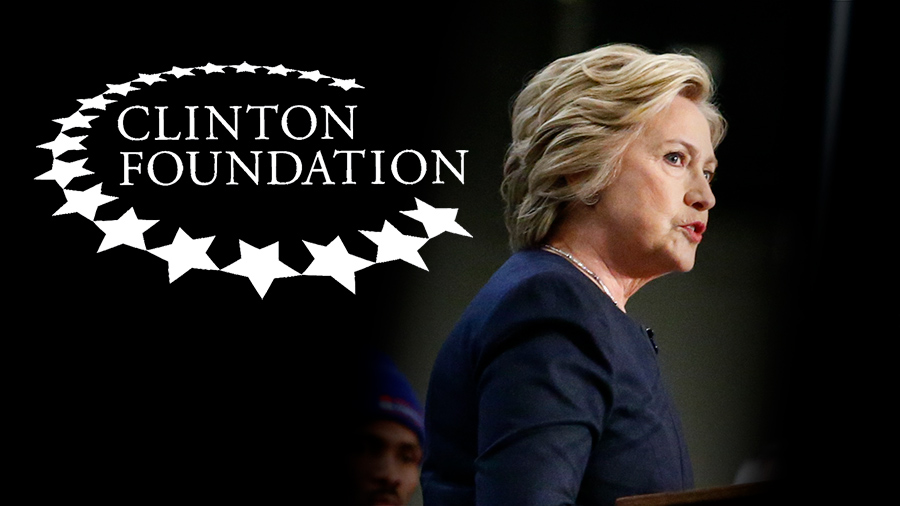 The IRS has instructed its Exempt Organizations Examinations office to review a congressional request to investigate the Clinton Foundation. The letter, signed by 64 House Republicans on July 15, was also delivered to the FBI and the Federal Trade Commission (FTC).

Among the signers were Marsha Blackburn (R-Tenn.), Louie Gohmert (R-Texas) and David Schweikert (R-Ariz.). Although none in House leadership signed the letter, the list included some of the most outspoken and influential conservatives in the House.

In it, the congressional members expressed concern that media reports on the Clinton Foundation’s activities “portray a lawless ‘Pay to Play’ enterprise that has been operating under a cloak of philanthropy for years and should be investigated.” They listed three areas where they believe the Clinton Foundation is breaking the law.

The Clintons’ first filings with the IRS for 501(c)(3) status included no mention of their intent to conduct overseas activity. According to the congressional letter, the IRS’s “Application for Recognition of Exemption” requires this disclosure.

2. Allegation: Laureate International Universities paid the Clintons millions, and in return received millions of dollars from the Secretary of State.

The for-profit educational group, Laureate International Universities, paid Bill Clinton $16.5 million to be an honorary chancellor. In addition to paying Clinton, Laureate also donated $1 million to $5 million to the Clinton Foundation and pledged five commitments to the Clinton Global Initiative.

Laureate has a questionable reputation. Among other problems, the company is accused of charging students exorbitant tuition even though its schools have no significant academic reputation and some of them have lost their accreditation.

The International Youth Foundation, an organization run by the founder of Laureate, received over $55 million in USAID grants. Hillary, of course, is the former Secretary of State, notable here because USAID operates under substantial guidance from the Secretary of State. The letter notes, “This creates an appearance that millions of dollars in taxpayer money was channeled to IYF by Secretary Clinton’s State Department as a kickback for her husband’s generous contract as an honorary Laureate chancellor.”

The owner of the Russian company Uranium One contributed $2.35 million to the Clinton Foundation, which the foundation failed to report. Bill Clinton received $500,000 for a Moscow speech from a Russian bank, where he promoted Uranium One stock. At that time, the Russian owner was in the process of buying the company, a sale that Secretary Clinton approved.

“The intersection of Foundation business, official action taken by Secretary Clinton, and a large payment to President Clinton from an interested party once again smacks of a ‘Pay to Play’ pattern of dealing that personally enriched the Clintons at the expense of American foreign policy.”

The congressional members ended their request for an investigation by pointing out that similar activity by others resulted in criminal prosecution. Referring to Rep. Corrinne Brown (D-Fla.), they wrote, “Just last week the Justice Department indicted a Member of Congress for soliciting over $800,000 for charitable causes which were used as a ‘personal slush fund.'”

The Exempt Organizations Examinations office is the same division that targeted Tea Party and conservative nonprofits under the leadership of Lois Lerner.