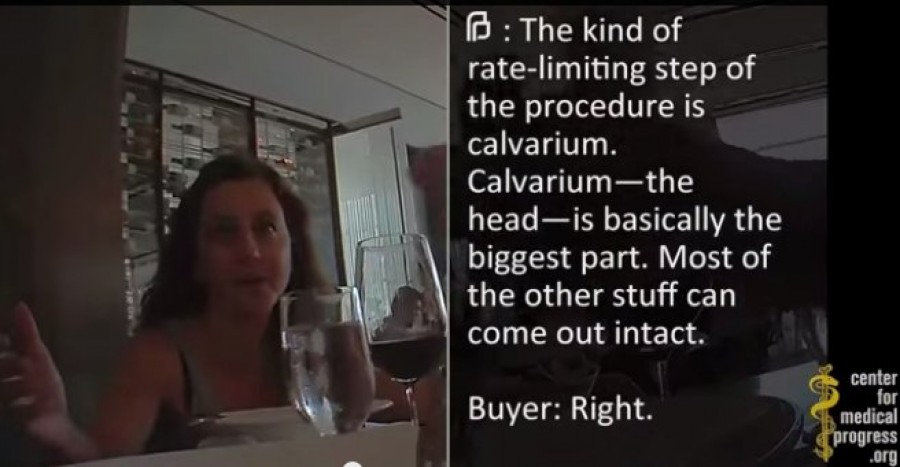 A day after a shocking video was released showing a Planned Parenthood executive cavalierly discussing the sale of fetal organs to researchers, lawmakers have begun to take action. House Republicans have announced congressional investigations, both by the Judiciary Committee and the Energy & Commerce Committee.

From the Energy & Commerce Committee:

Every human life is sacred and should be protected from the atrocities allegedly undertaken by Planned Parenthood. The House Judiciary Committee is investigating these horrific acts including ascertaining how Congress might act.

The prospects of altering an abortion procedure in order to preserve intact the organs of aborted children, including their brains, reminds us yet again of the horrors of late-term abortions, and the need for the Senate to pass the Pain-Capable Unborn Child Protection Act.

Members of the House Judiciary Committee have been committed to the preservation of human life, including the lives of unborn children. We will continue to fight for the rights of the unborn.

“I don’t care how much political weight Planned Parenthood throws around this town, no one is above the law,” said Rep. Martha Roby (R-Ala.), who made a veiled reference to Attorney General Loretta E. Lynch and her recent crackdown on international soccer corruption: “If we’re going to be perp-walking soccer officials, how about let’s bear down on harvesting and trafficking of babies’ body parts.”

Some representatives believe that an investigation is not enough. Diane Black, a Tennessee Republican and nurse, wants to defund Planned Parenthood. From LifeNews:

“I support the calls for a Congressional investigation of Planned Parenthood, but that is not enough,” Black told LifeNews. “Now that we are armed with further proof of this agency’s atrocities, Congress must act immediately to pass my legislation – The Title X Abortion Provider Prohibition Act – so that we can cut off its largest stream of federal funding without delay. I look forward to making the case to House leadership for this bill’s immediate consideration.”

The sting video includes a ghoulish lunchtime discussion by Planned Parenthood’s Senior Director of Medical Services, Dr. Deborah Nucatola, of a standard practice of carefully dismembering unborn children in the womb so as not to damage organs intended for sale to biomedical research companies like StemExpress.

Planned Parenthood admits to “tissue donation,” but insists that its affiliates don’t profit from the practice and that it’s all completely ethical.

But that claim doesn’t mesh with the video showing Dr. Nucatola explaining how to arrange abortions on a given day according to what organs are on order from the organ procurement company and raises an obvious conflict of interest.

Dr. Nucatola also explains that these clinics are nonprofits, but “they want to break even, and if they can do a little better than even, and do so in a way that seems reasonable, they’re happy to do that.”

The prolife group of investigators behind the video, the Center for Medical Progress, has some more documentation that clarifies what Dr. Nucatola means by “a little better than even”:

One of the first politicians to weigh in on the scandal was Louisiana Governor Bobby Jindal, who announced that he would direct an investigation into Planned Parenthood in his state and suspend any licenses from being issued until the matter is resolved. This could potentially keep a Planned Parenthood clinic from opening in New Orleans.

The video of a high-level Planned Parenthood executive discussing the details of internal abortion procedures – including harvesting of baby body parts – is unnerving and appalling. In light of the video, I have directed the Texas Health and Human Services Commission to conduct an immediate investigation of this alleged practice in addition to a separate investigation ordered by the Texas Office of the Attorney General.

If you were wondering what would make America wake up to the horrors of abortion, the video might be it.