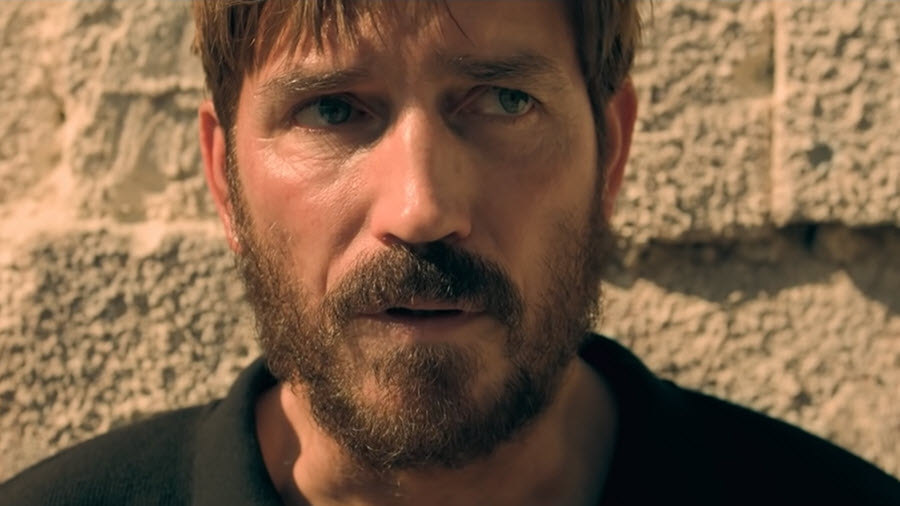 In the 1970s, American cinema exploded with a new wave of films at once gritty, fearless and political: Taxi Driver, Blow-Out, Midnight Express and others heralded a revolution that began in the 1960s, These movies offered an adult, realistic alternative to flashy mainstream Hollywood movies and musicals.

Fifty years later, the boldest, bravest and most countercultural film currently in release is Infidel, a pro-Christian thriller starring Jim Caviezel (The Passion of the Christ, Deja Vu). A credit to the writing and direction to Cyrus Nowrasteh (The Day Reagan Was Shot, The Stoning of Soraya M., The Young Messiah, and The Path to 9/11). While Hollywood cranks out super hero fantasies and issues Maoist demands to creators, conservative Christians make movies about real life.

Finely acted, beautifully shot, with a nuanced plot that boldly defends religious freedom, Infidel should prove a film believers and conservatives can get behind, as well as open-minded liberals (such as we still have left).

Go see Infidel , and you’ll find it a gripping, entertaining, and thought-provoking film. Cinematographer Joel Ransom shoots the Middle East (Jordan) as a place of great beauty. But turn the wrong corner and you blunder into menace. The film presents the region’s people honestly and respectfully. You’ll find haunting the beautiful children and the brave minority of Christians forced to worship in secret.

Caviezel plays popular Christian blogger Doug Rawlins. He travels to Cairo to participate in a conference on religion. In a live televised dialogue, a Muslim host explores similarities between between the two faiths. “We love Jesus Christ,” the man says. He goes on to explain that Islam considers Jesus a great man and a great prophet. Duly warned by his wife Liz (Claudia Karvan), who works for the State Department, to be cautious, Doug nonetheless speaks his belief.

“Jesus,” he says directly into the camera (and to the millions of Muslims watching) “is God. And He wants to be your God.” There are certain things you just can’t say in the Middle East (or increasingly, in America). A few hours later, Doug gets kidnapped from his hotel room by terrorists backed by Iran. Dragged to Lebanon, tortured and ordered to confess to spying, Doug refuses.

Jesus is God. And He wants to be your God.

We might expect what follows to play out as a simplistic good-vs-evil thriller, with all-American Doug against his swarthy, stereotypical Hezbollah tormentors. But Infidel reaches for more than that. Yes, the film unapologetically comes down on the side of freedom of conscience. But writer-director Nowrasteh plays fair with all the characters, including the Muslims.

When Doug sees his wife at his Iranian show trail, he breaks down in regret about how his “ego caused all of this.” He’s wrong about that, of course, and quickly recovers his conscientious defiance of what is in essence a totalitarian, Soviet-style system.

Lots of Blame to Go Around

Hal Ozsan is great as Ramzi, the articulate and menacing thug who tortures Doug. In a brief moment of vulnerability, Ramzi, who is Persian and Kurdish and with a thick British accent, reveals his own back story. As a boy refugee in London, he was tormented by white supremacists. They tossed milk bottles at him and shouted for him and his mother to “go back home.” So Ramzi tells Doug, “You [Christians] started this religious war.” Thus the cruelty of an intolerant few gets weaponized to justify a grand jihad.

Doug’s wife Liz doesn’t share his faith. Not since losing her unborn baby in a car accident, at which point she decided, “God is done with me.” Nor does the film easily resolve her grief and doubt. Again, the filmmakers seem determined to set Infidel in the real world, where alienation from God can last decades, or even a lifetime.

The only drawback I found in Infidel is its final action sequences, which went on too long. They felt like a concession to blockbuster Hollywood idiocy, a bit jarring after ninety minutes of adult drama.

Go see this film. You’ll enjoy it immensely, and help a worthy production succeed. Infidel has done well enough that this week it is expanding into hundreds of more theaters. Christians who complain about Hollywood should seek it out and support it. They won’t regret it.