In Times of Crisis Americans Pray 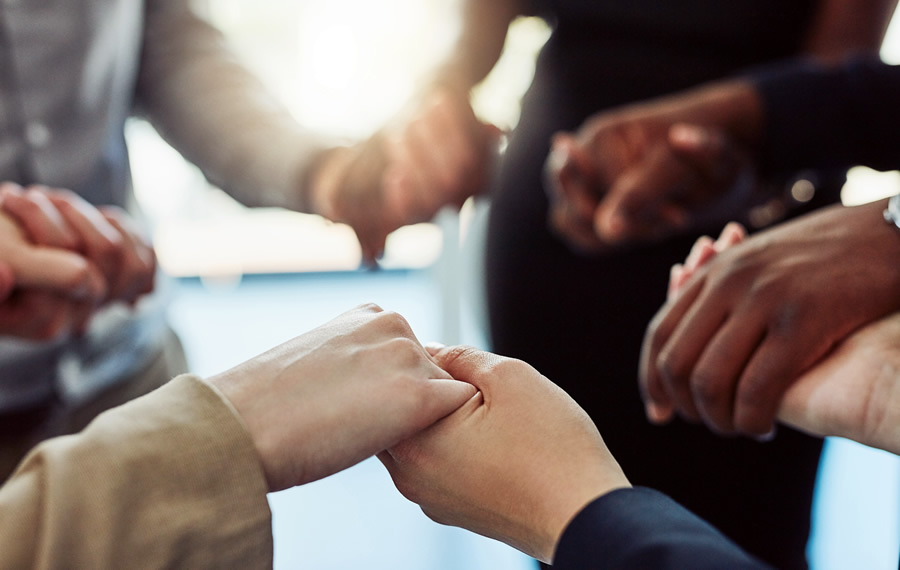 Around the nation, in response to the life-threatening injury to Buffalo Bills football player Damar Hamlin, people prayed. Hamlin’s teammates and coaches prayed. Millions of fans joined in prayer, tweeting their support. Even on live TV, sports commentators stopped in the middle of their broadcast to pray.

But this is only natural. During times of crisis, especially life and death crisis, people turn to God.

We know the situation is grave, we know we cannot change things ourselves, and we know that only God — an all-powerful being who cares — can turn the tide.

That’s why, at such times, people do not turn to atheism. They turn to God.

Even non-religious people pray. In fact, many agnostics and soft atheists even turn to prayer.

Interestingly, rather than people being up in arms over all these public displays of prayer and religious faith, many have expressed appreciation for these prayerful sentiments.

That’s why NFL vet and now TV host Dan Orlovsky was praised for praying on TV rather than lambasted for his act of faith.

To quote him directly (before he bowed his head and closed his eyes and prayed out loud, “Football gave me everything,” he said, “And I think in the midst of absolute tragedy last night, we saw some of the beauty of football as well — that it’s brought us all here together. This is a little bit different — I’ve heard it all day, like ‘Thoughts and prayers.’ And you just heard Brandon Scherff and Jonathan Allen say that ‘all we can do is pray for him,’ and I heard the Buffalo Bills organization say that ‘we believe in prayer.’ And maybe this is not the right to do, but it’s on my heart that I want to pray for Damar Hamlin right now. I’m going to do it out loud, I’m going to close my eyes, I’m going to bow my head, and I’m going to pray for him.”

What did his co-hosts Laura Rutledge and Marcus Spears do? Did they express their surprise or even displeasure? Did they show their discomfort with his bold act?

Not at all. They also bowed their heads and closed their eyes, adding their respectful amens.

What about his other colleagues in sports and in the media? How did they respond?

It would be expected that faith leaders would commend Orlovsky for praying. And that’s exactly what happened.

As expressed by Jim Daly, president of Focus on the Family, “It is interesting to me as a person of faith that we tend to go to that core place, [at moments of tragedy], that we start talking to God and talking about talking to God.”

He added, “I just find that rather refreshing in an affluent culture that has so much that we tend to ignore God that something like this happens and it reminds us of our own mortality and we begin to talk about praying and talking about God… It speaks to the yearning deep inside of us.”

People Pray and Prayer Is Welcomed

But to ask again, what about Orlovsky’s sports and media colleagues? Were they also happy with him praying on live sports TV?

Yes, many of them were positive on this as well. As one headline announced, “Dan Orlovsky Praised After ‘Beautiful’ Prayer for Damar Hamlin Live on Air.”

Among those quoted in the article were ESPN presenter Ashley Brewer and Super Bowl champion Ryan Clark.

In Brewer’s words, “This is amazing, I teared up watching this in my living room today. Proud to call you my teammate & brother in Christ.”

This is what happens when, as a nation, we are drawn into a life and death crisis.

This is what happens when, suddenly and unexpectedly, in front of our eyes on TV, the health and well-being of a relative stranger now becomes our personal concern.

This is what happens when we realize that we need help outside of ourselves.

People pray, and prayer is welcomed rather than ridiculed.

The reality is that we always need God. It’s just that, when all is well, we often forget about Him, putting our trust in ourselves and leaving Him out of our thoughts entirely. Many of us even become hostile to faith, doing our best to keep it excluded from public life. And then a crisis wakes us up as we recognize our own frailty and remember that death could be near at any time.

May we not forget these realities as life gets back to normal and, we hope and pray, Damar Hamlin makes a full and even miraculous recovery.

And may those who ignore or even scorn the idea of God think again. Eternity is always just one step away. Then what?

If the Bible is true — which I am 100 percent sure it is, personally — one day we will actually give account of our lives to God.

That is a sobering thought.

Damar Hamlin and Our Knowledge of God