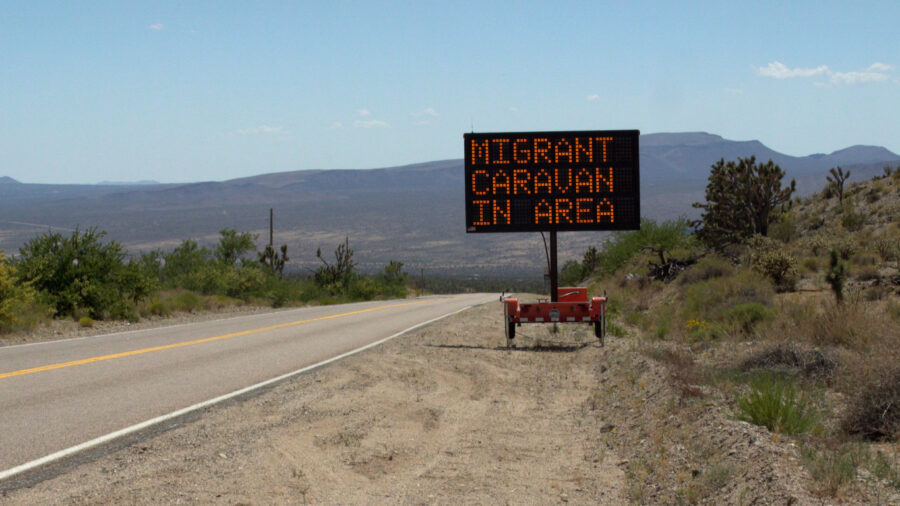 Read about it here: https://www.westernjournal.com/biden-admin-rolls-unprecedented-campaign-add-new-us-citizens/

While this new program is allegedly aimed at encouraging legal immigration, we all know that they also want to reward millions upon millions of illegal immigrants with some form of amnesty followed by a “path to citizenship.” President Biden has also reversed every successful Trump border security policy while Democrats in Congress are proposing slashing the budgets for border enforcement and ICE.

But if you suggest that this is perhaps an acknowledgment that leftist policies are failed and poisonous and most Americans reject them so the Democrats have to overwhelm the current voting population with people from other nations who are dependent on government just to keep themselves in power, you’ll be dismissed as a purveyor of crazy rightwing conspiracy theories. I wouldn’t want that, so I would certainly never accuse the Democrats of what I just described.

I Would Never Accuse the Democrats of Needed to Overwhelm the Current Population With Illegal Immigrants to Maintain Power. However …

However, as a fun thought experiment, let’s assume someone did want to overwhelm the current voting citizenry with a class of voters with a dependence on government and no loyalty or understanding of American laws or culture. Hypothetically, how might one go about that?

Well, first, I suppose you’d want to open up the borders, halt deportations and slash border enforcement. Instead of returning illegal entrants to their home nations or to Mexico to await adjudication of their claims for asylum, you’d want to turn them loose inside the US en masse with no specific place or date for a hearing and no way to get in contact with them.

If you really wanted to cement your power, you’d give them free bus or plane transportation to places all over America where they would not only be harder to locate, but they’d be widely distributed where your opponents’ supporters are concentrated, so that if they ever did happen to vote, they would dilute your opponents’ votes.

How Do You Get Around the Problem of Them Being Ineligible to Vote?

But wait, how can you get around the problem of them being ineligible to vote? Well, some of your members in cities where you have total control could just let the cat right out of the bag and allow illegal aliens to vote in local elections, openly canceling out the votes of US citizens. But for state and national elections, you’ll need to keep your intentions a little less blatant.

So you might pass laws giving them drivers’ licenses and then pass out voter registration forms at the DMV. Then fight like badgers against laws that make voters show ID. You would insist that the Census Bureau count illegals as state residents, and maybe ban even asking if they’re here illegally, then demand that the states mail ballots to every resident.

You’d also fight laws preventing anyone from being able to gather up (or “harvest”) these bales of ballots and turn them in without any assurances that they were filled out by an actual legal voter. For good measure, you might claim that even looking to see if the signatures match is a form of “voter suppression.” If the states smell a boatload of rats and resist, you’d try to do an end run around them and the Constitution and seize the power to run all of America’s elections yourself.

An Obvious Way to Go About It

Now, I am not saying that the Democrats are trying to flood the nation with illegal immigrants and turn them into illegal voters to cement themselves into power forever over the wishes of legal American voters. Perish the thought! I’d never suggest that, so don’t go banning me from Faceplace or Twit Room or whatever for spreading disinformation.

I’m just saying that, theoretically, if you did want to flood the nation with illegal immigrants and turn them into illegal voters to cement yourself into power forever, that seems like a pretty obvious way to go about it.