Important News You’ve Missed Due to the Coronavirus

If you want to read anything other than news about the coronavirus, you've come to the right place. 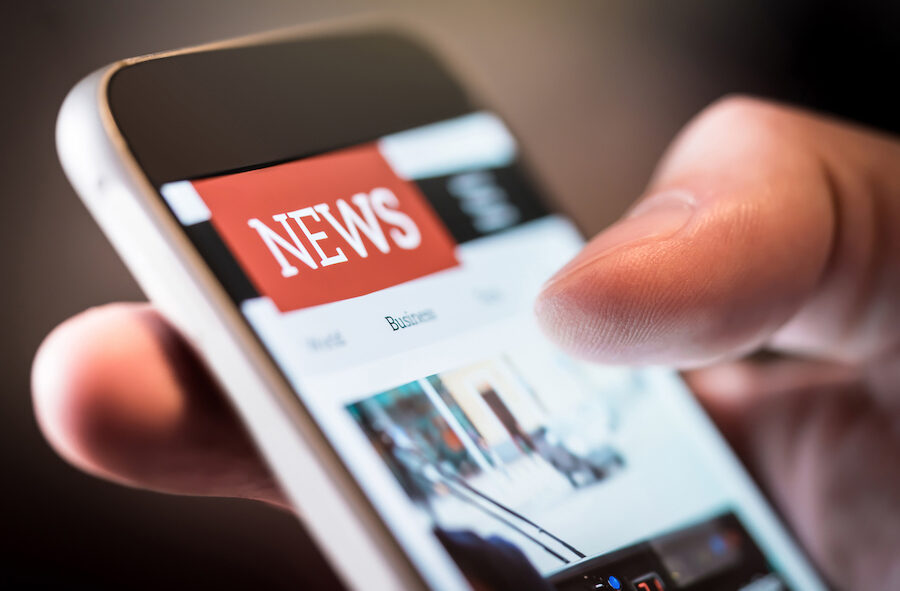 Have you tried to look for news not related to the coronavirus in the past two weeks? It’s almost impossible to find. I tried to find some and had to dig. And dig. Dig some more. And ask colleagues for help. The media is ignoring other news. And I’m sure some people who could be announcing news are holding off, knowing it will be ignored if released now. But things are continuing to happen that would make big headlines normally. So let’s take a look at what hasn’t been getting covered.

Right in the middle of people trying to come together and fight the coronavirus, the Southern Poverty Law Center drops its annual list of hate groups. As usual, there are plenty of Christians and conservatives on the list, while few on the left made the list. Groups with names that include “patriot” or “constitution” are prevalent on the list. The Christian conservative site WND, which runs my columns, is on the list (SPLC hasn’t yet figured out that they stopped calling themselves WorldNetDaily years ago, so much for careful scrutiny).

Last Tuesday, there were three special elections for state House seats in Pennsylvania. The Republicans won all three. Since all the incumbents were GOP, this normally wouldn’t be news. Except that one seat was in a district Hillary won by 9 points in 2016. The “experts” expected it to go Democrat this time around.

Instead, the Republican won by a comfortable margin. And this during an election when the Democrats had a heated contest to goose turnout. While the Republicans had no big incentive to show up. But they did anyway. Maybe that’s another reason why this story didn’t make the news.

Prosecutors aren’t letting the coronavirus slow them down in their quest to punish David Daleiden. He exposed Planned Parenthood’s crimes. Daleiden was originally charged with 15 felonies for his undercover videotaping, but a judge dropped six of them in December. However, prosecutors added another one regarding novelty IDs. He was arraigned last month. This means the judge explained the charges to him. He now faces trial in San Francisco Superior Court. Located in one of the most left-wing areas of the country, the court is unlikely to deliver a favorable outcome.

This case could create a dangerous situation for undercover journalism. Daleiden did what any undercover journalist does. He secretly taped someone in order to obtain valuable information, such as evidence of a crime. Planned Parenthood should be prosecuted for illegally selling aborted fetuses for profit. Not the journalist who exposed them.

Newsbusters discovered that the Bill & Melinda Gates Foundation gave at least $11,381,171 to the leftist “overpopulation”-focused Population Council between 2018 and 2020 alone. Influence Watch summarizes the organization’s goals: “The council conducts demographic research and analysis to support and promote the global use of artificial birth control and abortion; biomedical research to discover and develop new contraceptive drugs and technologies; and demographic analysis in support of population control experiments, policies, and programs in underdeveloped countries.”

The couple’s foundation has a history of contributing to left-wing causes, including at least $81,009,329 to Planned Parenthood and its affiliates from 2009 and before to 2018.

Tom Brady Signs With the Buccaneers

Everyone has been used to NFL football quarterback Tom Brady regularly leading the New England Patriots to Super Bowl victories … or annually being a threat to win. But he recently became a free agent and decided to leave the Patriots, rather than finish his career in New England. Speculation soared where he would land. On March 20, he chose the Tampa Bay Buccaneers.

Many sports writers, commentators, and players consider Brady to be the greatest quarterback of all time. Among players with at least 2,500 career pass attempts, his career 1.79 interception percentage is the second-best ever behind Aaron Rodgers.

Almost no one mentioned the fact that President Trump’s son Barron turned 14. His mom mentioned it in a tweet.

Country music star Kenny Rogers died of natural causes at age 81. Dolly Parton, who performed the hit “Islands in the Stream” with him, posted a beautiful tribute to him on Twitter.

Inside Yellowstone National Park, an area the size of Chicago has been inflating and deflating due to the pressure of magma. The Norris Geyser Basin rose 5.9 inches each year from 2013 to 2015. Until now, scientists were unable to figure out why. Using satellite radar and GPS data, they were able to figure out it was from a magma intrusion underneath the basin’s surface.

Judicial Watch has released 80 pages of new emails from Hillary Clinton recently found by the FBI. In one email she sent after the Benghazi terrorist attack, she references a “Benghazi security” issue.

In an email sent to Clinton, former Ambassador Joseph Wilson disparaged “cost plus contractors” and promoted his company, Symbion Power.

Another email, which was sent to Clinton by former Ambassador Joseph Wilson, disparaged “cost plus contractors” and promoted his company, Symbion Power. Clinton forwarded the email to to Deputy Secretary of State for Management and Resources Jacob Lew, Mills and Sullivan. She wrote, “Please check out what Joe is saying here. He is now working for a company that has a good track record building in Iraq and wants to do so in Afghanistan. Let me know. Thx.”

If it wasn’t for the coronavirus, this would have been front page headlines everywhere. Almost two-thirds of Americans, 200 million, just had their personal information exposed by a Google Cloud database. It’s not clear who owns the database. Fortunately, the database was wiped on March 3. But hackers could have swiped the info by then.

The database included names, addresses, email addresses and phone numbers. It had birthdates and credit ratings. There were detailed mortgage and tax records. There was also detailed info about about the individuals’ personal interests, investments, as well as political, charitable, and religious donations. CyberNews believes the info was compiled by “a data marketing firm or a credit company.”

The Start of Spring

The first day of spring began on Thursday, March 19 last week. Bet you missed that. I did. This is the earliest it’s started since 1896. Usually it begins on March 20th or 21st. That’s when the equinox occurs — when daytime and nighttime are roughly the same length. They’re the same because the earth isn’t tilting away from the sun on its axis. The reason it occurred early this year is because our system of dividing the year up into 365 days isn’t precise. Adding a leap year every four years on Feb. 29 fixes most of the problem.