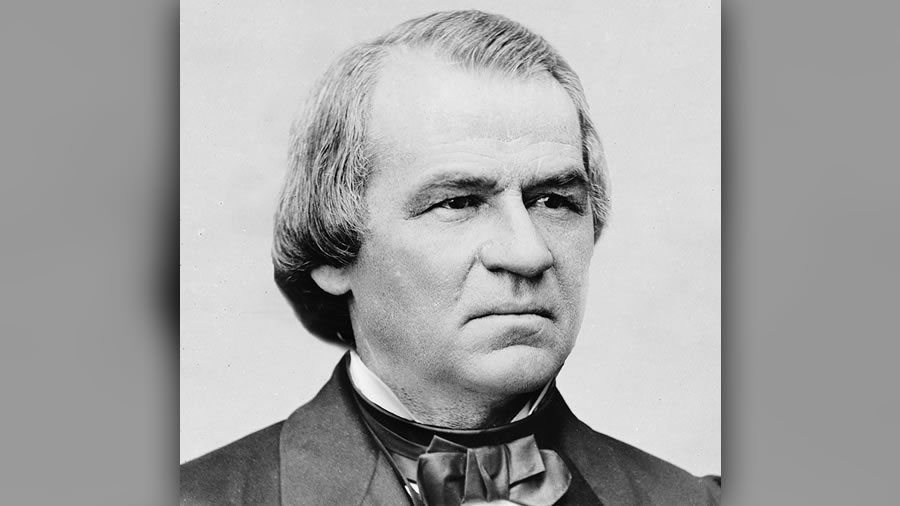 America has seen Congress versus Donald Trump before. It was a waste of time then. Now? Probably the same.

A Battle Over the South

It all began just after the Civil War. Johnson was a complex figure in a complex time. A former military governor of Tennessee and “War Democrat,” he had replaced Lincoln as president after Lincoln was assassinated. As a senator from Tennessee, he believed that the union could not be dissolved and remained in the senate when every other southern senator left. Appointed governor in 1862, he got Lincoln to exempt his state from the Emancipation Proclamation. Yet in 1864, he also imposed a loyalty oath that required voters to swear they opposed negotiating a settlement with the Confederacy. Eventually he came to support abolition, but mainly to support the government.

Johnson did not think blacks were capable of governing themselves, and did not want to give them the right to vote.

As president, he wanted to let the secessionist Southern states back into the Union relatively easily. He supported them in many ways, hoping to draw southern voters into his party and ensure his re-election. Part of that involved doing nothing for the newly freed slaves.

But the Republican-controlled Congress did not want to give the rebellious states a free pass. Or help Johnson gain more power. They wanted to dissolve the state governments and set up five military districts overseeing the newly created states.

The Republicans wanted new civil rights laws to protect the newly freed slaves. The military would patrol the areas. States would have to show good faith before being readmitted. Johnson did not think blacks were capable of governing themselves, and did not want to give them the right to vote. He claimed that Radical Reconstruction would “Africanize” the South.

Removed the Secretary of War

As commander in chief of the military, Johnson moved to stop the military from implementing the reconstruction. The Secretary of War, Edwin Stanton, was a Radical Republican who fully supported Congressional Reconstruction. So Johnson removed him from the position. He replaced him with an army officer.

This violated the Tenure of Office Act, which Congress had recently passed over Johnson’s veto. It required the president to get senatorial approval before removing certain federal officials. The Republicans weren’t happy. They started impeachment proceedings. Because the House mainly represented the northern states, it was heavily Republican. He didn’t have a chance.

The House impeached him on March 3, 1868. The case went to the senate, where the Republicans had a majority. The Senate failed to convict him — just one vote short of the two-thirds necessary.

Acquittal was the right outcome. The Tenure of Office Act may not have been constitutional. The U.S. Supreme Court in Myers v. U.S. stated that the Act was likely invalid. Congress substantially amended it in 1869, then repealed it in 1887.

But still, Johnson’s reputation took a hit. He could not recover his political career. The Democrats failed to nominate him to run for a second term.

Yet the process kept him from impeding the legislation Congress was trying to pass to protect black Americans. That was a gain. But at what cost?

According to Elizabeth Varon, a history professor at the University of Virginia, the acquittal “maintained the principle that Congress should not remove the President from office simply because its members disagreed with him over policy, style, and administration of office.” No matter how bad Johnson was, no matter how dangerous his policies, Congress abused its power in trying to remove him. It used impeachment for political ends, to remove a political opponent. That’s not what the founding fathers created it for.

Similarly, the effort to impeach Trump appears to be motivated by a dislike of the policies Trump has implemented.

The parallels are clear. The effort to impeach Trump appears to be motivated by a dislike of Trump’s policies. He’s aggressively pushed a conservative agenda. He’s repeatedly said no to Democratic demands. The constitution expects that the party out of power will try to win the next election. Don’t like the president? Get your own person elected.

Democrats don’t want to wait until the next election to stop him. They know they might lose the election again; so they try to prove he committed a crime. Trump’s enemies claim he made a deal with Ukraine: We’ll give you aid if you investigate my opponent’s son. They’re having no success proving it.

Historians consider it good for the balance of powers that the Senate acquitted Johnson. Presidents can’t do their job when they know Congress can use impeachment to try to stop them. Similarly, the House should exonerate Trump. If they vote to impeach, the Senate should acquit him, to preserve the legitimate powers of the executive branch.