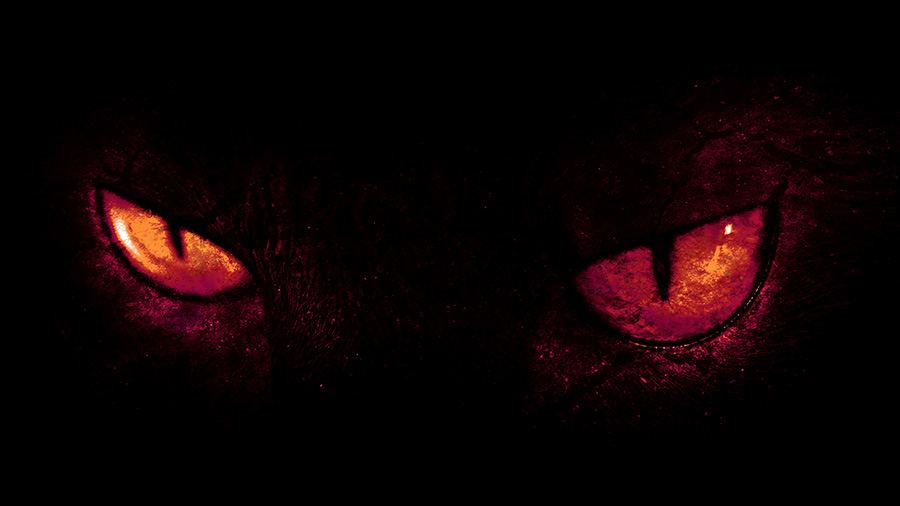 In a recent interview with Eric Metaxas, Rev. Franklin Graham stated that the constant attempts to undermine President Trump were “almost a demonic power,” concurring with Metaxas that it’s “a spiritual battle.” Is Rev. Graham right? Are the impeachment hearings the latest manifestation of this “demonic power”?

As expected, the media has responded scornfully to this suggestion. A Washington Post headline asks, “Who but a demon could impeach God’s chosen one?”

The article, by Dana Milbank, rightly notes that “if politics is a spiritual battle between God and demons from hell, who cares what statistics from the Commerce Department say — or what any of the impeachment witnesses say?”

Milbank continues, “On Fox News on Sunday, Energy Secretary Rick Perry reported that he told Trump he was God’s choice: ‘I said, “Mr. President, I know there are people that say you said you were the chosen one and I said, “You were.”’”

This led to Milbank’s question, “Who but a demon could vote to impeach God’s chosen one?”

“They have now decided they must try to demonize his critics. Literally.” — Peter Wehner

Over at the Atlantic, the headline to the article by Peter Wehner asked, “Are Trump’s Critics Demonically Possessed? Two of the president’s prominent evangelical supporters are literally demonizing his opponents.”

As Wehner writes, “It isn’t enough for Franklin Graham and Eric Metaxas, two prominent figures within the American evangelical movement, to lavish praise on President Donald Trump. They have now decided they must try to demonize his critics.

In Evangelical-speak, ‘spiritual battle’ or ‘spiritual warfare’ means a test of power between God and Satan (or his demonic minions), with human souls and the fate of all Creation in the balance. Describing one’s opponents as on the wrong side of a ‘spiritual battle’ is simultaneously an expression of the most extreme hatred available to a Christian, and a rationalization for it on grounds that the object of demonic possession is not entirely responsible for becoming the devil’s workshop (it’s a variation on the old conservative Christian dodge of ‘hating the sin but not the sinner’ when it comes to, say, being gay).

And he adds that Graham and Metaxas “are suggesting that the moral and spiritual superiority — nay, necessity — of Trump and his party are so resplendently obvious that only a turn to the darkest side imaginable can explain it.”

What Does it Mean if We Say Trump is “God’s Man”?

To be sure, I understand these critiques and concerns. And I recognize how this all sounds to a watching, often hostile world. And I agree that it’s dangerous to label all opposition to Trump as demonic.

Of course, some conservative Christians would respond by saying, “Just look at their platforms! That should answer your questions about who is of the Lord and who is of the devil.”

But, in fact, Rev. Graham and Eric Metaxas were not talking about opposition to the Republican Party but rather opposition to Donald Trump. There’s quite a difference between the two. It’s unlikely that if someone other than Donald Trump had been elected president, the opposition would be quite so fierce.

Had it been a strong conservative like Ted Cruz who won the election, I believe that the opposition from the left would still be intense. Just not as intense as the opposition to Trump.

Some of this is because he is a streetfighter, constantly on the attack and engaging in a no-holds barred strategy. That provokes more opposition.

Is it “demonic” to take issue with his policies?

And some of this has to do with his failings and shortcomings. He has been far from perfect as a leader, often playing fast and loose with the truth and sometimes reckless in his decision-making.

So, again, I understand why the secular media takes issue with the Graham-Metaxas interview, and I share those concerns about demonizing all opposition to the president. It can make Christian supporters of Trump look bad and it can take voters’ eyes off of relevant issues and put the emphasis on the unseen realm.

What if Attempts to Remove the President are Based on Lies and Misinformation?

At the same time, I fully understand what Graham and Metaxas were saying. As Tucker Carlson noted, “The Democrats have been talking about impeachment since the very day that President Trump was inaugurated.” Trump must be ousted!

And, as I pointed out months ago, had Trump been a liberal politician, the left would be celebrating his success and his feistiness.

Some of the opposition to Trump has been demonic.

Not only so, but some of the opposition to Trump has been demonic.

For evidence of this, I point to the level of anti-Trump hatred in the Women’s Marches, the clawing of the doors of the Supreme Court during the Kavanaugh hearings, and the coalition of witches who regularly seek to hex the president. That sounds demonic to me. (See here for more.)

So, on the one hand, I believe that everyone needs to be guided by truth and righteousness, and when that means differing with Trump, we do so, with respect. That also means that we vote our conscience, rather than vote based on alleged demonic or divine activity.

At the same time, if the ongoing attempts to remove a duly elected president are based on lies or exaggerations or misinformation spread by a dishonest media and driven by partisan politics, then I would characterize those attempts as “demonic.”