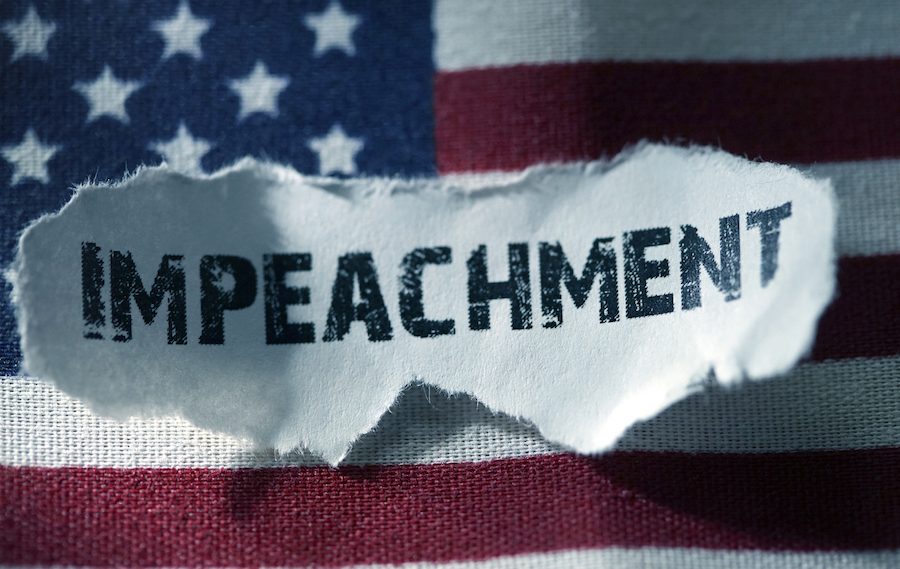 By Rachel Alexander Published on December 3, 2019 •

Democrats pursue the impeachment process against President Trump in the hope that it will damage him. They may have the votes in the House to impeach him. But they know they don’t have the votes in the Senate to remove him. The end of the months of public turmoil and the millions of dollars spent will be an acquittal.

So why bother? To damage his credibility and reputation. Especially with key voters. The Democrats hope that impeachment hearings will convince moderates who might vote for him not to do that.

So far it doesn’t appear to be working.

The New York Times is reporting that swing voters who voted for Trump in 2016 but sided with Democrats in 2018 plan to vote for Trump next year. A full two-thirds of these voters in battleground states plan to support him. Additionally, Trump is doing just as well or better in the six battleground states that gave him his victory in 2016. His support among minorities is increasing.

Many of the voters the Times interviewed said they intend to support him because the economy’s booming. If the economy is doing well, a president almost always gets reelected.

After 30 hours of televised impeachment hearings, voters aren’t changing their minds. A poll conducted in Wisconsin, a swing state, during the first week of the hearings revealed that more expressed opposition than support for impeachment and removal, 53% to 40%. Those figures were largely unchanged from October. Another poll found that opposition nearly doubled during that period, from a seven-point margin to a 13-point margin. Less than half of all voters support impeachment.

Most Democrats support impeachment. Most Republicans oppose it. That’s no surprise. But what about the independent voters who could decide the next election? They make up roughly 40% of the electorate.

Ken Stern writing in Vanity Fair reports that support for impeachment by independents has dropped by 10 points since the process started. This is from a Politico/Morning Consult poll. Only 39% now support impeachment and removal. 46% oppose it.

The poll asked them to rank the importance of 11 issues. Independents ranked impeachment last. Issues like the deficit, health care, and infrastructure were much more important to them. They ranked it as less important than what Stern snidely called “Trump’s absurd border wall.”

The news gets worse for the Democrats. A majority of Independents believe the impeachment proceedings are more important to politicians and the media than them. Independents believe that impeachment “reflects the agenda of the political establishment and the media.” While many of them think Trump abused his power, they don’t want him impeached for it.

The small percentage who could be swayed aren’t paying attention to the proceedings.

The small percentage who could be swayed aren’t paying attention to the proceedings. Some see the Democratic effort as political. One woman, who says she leans Democratic, says, “I feel like we’ve been hearing since the second that he was elected president he needs to be impeached. So why waste my time to listen to it?”

The hearings attempt to show that Trump entered into a quid pro quo with the president of Ukraine. The evidence is against them. Ukraine’s president said it did not happen. The witnesses could not provide any direct evidence for it.

Even Democrats Aren’t Fully Onboard

House Speaker Nancy Pelosi originally opposed holding impeachment hearings. She realized it could backfire on Democrats. Pelosi’s a canny politician, and it turns out that she was right.

Now even some Democrats in the House have started backing away. Adam Schiff, D-Calif., chairman of the House Intelligence Committee, who ran the hearings, won’t even say that he supports impeachment. He says he needs to discuss it with his constituents and his colleagues before making a decision. Two Democratic congressmen voted against the impeachment inquiry. Rep. Brenda Lawrence, D-Mich., said she’d rather see Trump censured. The Democratic presidential candidates didn’t want to talk about it during last week’s debate.

Media outlets like CNN aren’t doing the Democrats any favors by covering the impeachment proceedings nonstop. They’re likely turning off voters and making them more likely to support Trump.