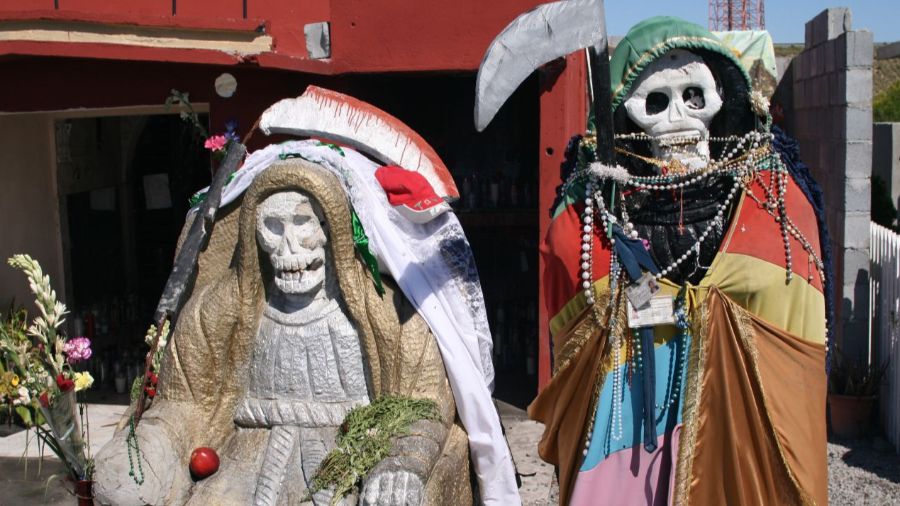 “Immigration turns red states blue,” writes the Stream’s John Zmirak. How? Well, Hispanics constitute by far the largest group of immigrants in recent years, and they are likely to vote for Democrats. Hispanics, emerging from nations that eschew self-government, “would rather have a bigger government.” Why? It “provides more services than a smaller government which provides fewer services.”

All too true. And in the United States, government actually delivers those services. In their home countries, Hispanics get only empty promises.

So big government means more services. Right. But there’s more to the story.

Immigrants Bring Their Broken Cultures with Them

Economist Thomas Sowell has studied immigration for years. He emphasizes one fact we can’t ignore. “When immigrants cross a border, they bring their culture with them,” he writes. Politicians can turn a blind eye, but Sowell insists, “Some immigrant groups seek to bring to America the very cultures whose failures led them to flee to this country.”

Which cultures are we talking about? And what failures?

The Migration Policy Institute studies data from U.S. Census figures. In 2017, it reports, some 44 million foreign-born immigrants lived in the U.S. About 11 million come from Mexico, with four million coming from Central America. (The figures do not include the illegals, or those crossing the borders in the recent “caravans” led by Coyote sex-traffickers and drug smugglers.)

The Marxist gang running Mexico held power for most of the past century. The corrupt elites have stoked hatred of the United States for the past century. As economist Peter Bauer observes, the billionaire Corruptos always blame America first. “Your poverty is America’s fault,” they tell the impoverished Mexican people.

And what failure do those cultures have in common?

Governments rotten to the core, for centuries, and people whose expectations and habits got formed by that brutal fact.

Let’s take a look at the home countries of those 15 million people.

Government by Bribery and Rule by Drug Cartels

Mexico is governed by a Marxist gang that has been in power for most of the past century. The corrupt elites have stoked hatred of the United States for the past century. As economist Peter Bauer observes, the plundering billionaire Corruptos always blame America first. “Your poverty is America’s fault,” they tell the impoverished Mexican people.

Meanwhile, more than half of the country is controlled by murderous gangs.

I translate as a volunteer for law enforcement. Often, when the deputy confronts a group of Mexican lawbreakers, he’ll tell me, “Get their hands out of their pockets.” He thinks they’re reaching for a gun. They’re actually reaching for their wallets. All their lives most Mexicans have had to pay a bribe every time they meet a man in uniform.

In the index of corruption compiled by Transparency International, Mexico ranks 128 out of 180 countries, and it’s getting worse (Denmark is the least corrupted, the U.S. is 22, and Somalia is dead last at 180).

El Salvador ranks 105 out of 180 on the corruption index. As in other Central American countries, gangs abound. Last year, former El Salvador President Antonio Saca earned a sentence of ten years in prison for embezzling hundreds of millions of dollars.

Guatemala ranks 144 on the corruption scale. Two of its former presidents sit in jail for corruption. In 2017, forty percent of the country’s population — some six million people — lived on “remesas.” Or dollars sent to the folks back home by family members in the United States.

Then there’s Honduras. Results of its “elections” get decided long before the voting takes place. Honduras competes with its neighbor, El Salvador, for first place as the murder capital of the world. Honduras ranks 132 on the corruption scale.

Next, Nicaragua’s government lies in the hands of the Sandinistas, a terrorist Marxist gang whose thugs cruise the streets killing civilians with impunity. It ranks 152 on the corruption scale.

But these are the cultures that most Hispanic immigrants, legal and illegal, come from every year. Yes, among them are some hardened criminals and gangs looking to expand their turf, but most are victims of the Corruptos back home. In 2017, we knew of 15 million who were already here, and more are coming in every day. Back home they learned to distrust the government, the law, the police, and the military. To get to the U.S., many were forced to turn to criminal drug smugglers and trafficking gangs. This booming industry takes in billions of dollars per year.

Once in the U.S., Hispanics meet no encouragement to assimilate — quite the contrary. Our Democrat politicians and Catholic bishops are unanimous. Citing “social justice” class-warfare theory, they brand Hispanics as victims of an unfair system — not the tyrannical systems of their countries back home, but our system, grounded in the free market and the rule of law.

Catholic bishops defy the law with impunity, why can’t immigrants? This religious seal of approval empowers Hispanics in the U.S. to ignore any laws they dislike, just as they did back home as the victims of lawmen gone bad. And thanks to dozens of U.S. welfare programs, these once-impoverished peasants can enjoy a standard of living equivalent to that of the middle class in their former homes.

Catholic bishops play a crucial role in the immigration crisis. Their own Catechism requires that immigrants “are obliged to respect with gratitude the material and spiritual heritage of the country that receives them, to obey its laws and to assist in carrying civic burdens.”

Respect our heritage? Obey our laws? Quite a “burden” indeed, and not one that happens by accident. New immigrants to the U.S. need a lot of help from us to learn how to do that.

Hundreds of Years of Bad Governments

Consider: We North Americans have generations of training and expectations based on ordered liberty. Our Southern neighbors aren’t blank slates either. They stand scribbled over with hundreds of years of bad government and civic suspicion. (See John Zmirak on the unhappy history of Mexico.) That makes its mark, especially once our institutions have stopped trying to “Americanize” people. People tell us that’s “racist” or something.

So Hispanic immigrants have been left to assimilate on their own. Well, what American institutions dropped the ball?

Here again, our bishops have failed their sheep, failed all of us.

Are bishops teaching immigrants to respect our heritage? Obey our laws? Forget it. Same with the Ten Commandments. Rarely do our bishops preach, “Thou shalt not steal Social Security numbers” or  “Thou shalt not bear false witness on welfare applications.” How about: “Thou shalt not covet”?  Why not covet? White Americans are “Pharisees,” “racist,”  “nativist,” and “xenophobic,” aren’t we? So our shepherds stoke the burning flames of envy and resentment among Hispanics, who now constitute about half of the Catholics in the United States.

Meanwhile, some fifty million of the American faithful have left the pews since 1965.

So we return to the question: which party will Hispanics vote for in their new country?

For the party of big government, class hatred, and comfortable corruption. And we know which party fits that bill.

Christopher Manion earned a Ph.D. in government from Notre Dame. For many years served as staff director of the Senate Foreign Relations Subcommittee on the Western Hemisphere, chaired by the late Senator Jesse Helms (R-N.C.).