I’m So Woke I Cannot Sleep 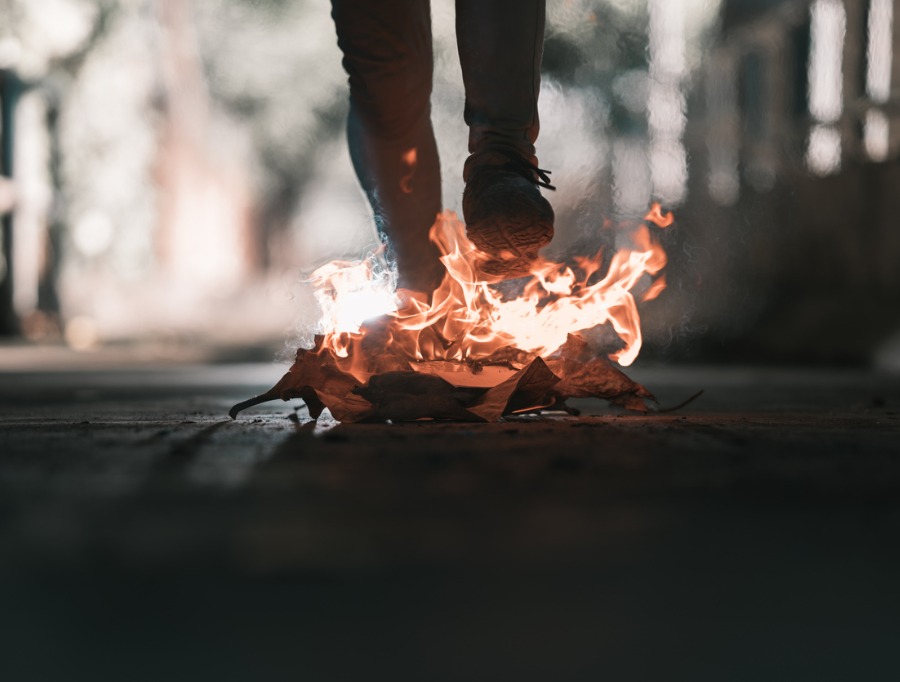 I am woke. I am so woke I cannot sleep.

I’m so woke, I celebrate unrest.

Turn on your TV, see how woke I am.

In the morning, I berate an innocent kid and treat his abuser like a king.

In the afternoon, I keep the president off my show because he’s a horrible person, but treat my own staff and guests like rats.

In the evening, I make my fortune with blood and guts and shoot ’em ups, then tweet about how we must confiscate guns.

In the late night, I’d rather draw blood than laughs.

And 24/7, I celebrate “peaceful protests,” as buildings burn, bricks fly, and officers are blinded.

I am so woke I cannot sleep.

So I take to the streets.

I gather to burn Bibles, but won’t let you gather to read a Bible.

I burn buildings to protest racism, but call black cops the n-word.

I tear down statues to protest slavery, including that of the man who ended slavery. And the general who helped him do it. While defacing the monument to the black soldiers who fought for him.

I scream “Defund the police,” then scream when a cop’s not around to protect me.

I scream “Black Lives Matter,” and ignore the cries of bullet-ridden black children.

I’m so woke math is racist, and classical music is even more racist. But saying white people must die is not racist.

I scream “Defund the Police,” but order my city to up my own security protection.

I force you to quarantine if you take one step in another state, but give exemptions to Congress if they attend a funeral.

I allow massive funerals for the chosen. But for your family, no.

I order my citizens to stay home. But for my family, no.

I order elderly sick COVID patients into nursing homes. But pull my own mother out.

I mandate masks for everyone, but exempt lawmakers.

I allow violent rioters to walk, but prosecute those who defend themselves from the mob.

I allow murderers out of jail, but jail people for not wearing a mask.

I call for universal mail-in ballots, then call you a racist if you try to clean up the voter registration rolls.

I have the players in my league kneel for the national anthem to protest the treatment of minorities, while richly partnering with a country that enslaves minorities.

I call for unity, then defriend you.

I call for tolerance, then get you fired.

I call for “a national discussion,” then when you talk I hound you. And hunt you. And hurt you. And sometimes drive you to your grave. Then dance on it.