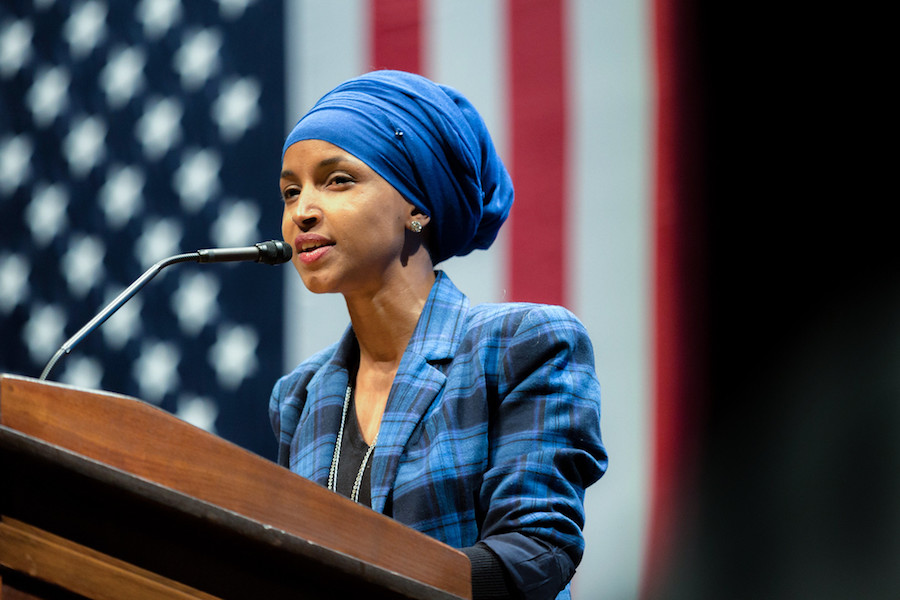 It is shocking enough that Rep. Ilhan Omar proposed a resolution this week that would support the militantly anti-Israel BDS movement. It is much more shocking that she sought to justify her actions by likening the proposed boycott of Israel to America’s boycott of the Nazis as they were slaughtering Jews.

Has she no social awareness? No moral clarity? No understanding of the glaring hypocrisy of her proposal?

Equating Israel With the Nazis

Back then, the Jews were getting slaughtered by the Nazis. Today, the Jews in Israel are just like the Nazis. Seriously!

To quote her directly, “We are introducing a resolution … to really speak about the American values that support and believe in our ability to exercise our First Amendment rights in regard to boycotting,” Omar told Al-Monitor.

“And it is an opportunity for us to explain why it is we support a nonviolent movement, which is the BDS movement.”

She continued, “Americans of conscience have a proud history of participating in boycotts to advocate for human rights abroad including … boycotting Nazi Germany from March 1933 to October 1941 in response to the dehumanization of the Jewish people in the lead-up to the Holocaust.”

Today, however, it is the Israelis who have taken the place of the Nazis, dehumanizing the Palestinians in like fashion. We need to put the squeeze on them!

What shocking, mindless comparisons. What an utterly inapposite analogy.

To illustrate the depth of Omar’s Jewish blind spot, it would be like a white congressman saying, “I propose that we make reparations for slavery, since we understand that blacks are inherently inferior to whites and could use our help.”

Her proposal is no less offensive.

Personally, I have no problem debating whether Americans should have the right to engage in BDS actions, no matter how much I oppose those actions. Omar and others can freely argue that this is a choice Americans can make for themselves, without fear of penalty of law.

But for her to propose supporting BDS as an elected official is outrageous. And for her to compare the BDS movement to American boycotts of the Nazis (and Soviet Russia) is beyond the pale.

According to the BDS website, “For nearly seventy years, Israel has denied Palestinians their fundamental rights and has refused to comply with international law.

“Israel maintains a regime of settler colonialism, apartheid and occupation over the Palestinian people. This is only possible because of international support. Governments fail to hold Israel to account, while corporations and institutions across the world help Israel to oppress Palestinians.

“Because those in power refuse to act to stop this injustice, Palestinian civil society has called for a global citizens’ response of solidarity with the Palestinian struggle for freedom, justice and equality.”

This is what Omar, a Muslim of Somali background, is defending.

Israel is an oppressive, apartheid state. Therefore, it is good and moral and righteous to boycott, divest, and sanction this aggressive, evil regime, a regime which can be likened to the Nazis and the Communists (at their worst). ‘Yahud’ is a Curse

Of course, Omar is not the first person to compare the Israeli government to the Nazis.

Ridiculous accusations like this are common, especially in the Middle East. And these accusations are common, despite the fact that the Nazis butchered 6 million out of 9 million European Jews whereas Palestinians living in Israel proper have grown from 200,000 in 1948 to more than 1.5 million today.

As for the Palestinians who were displaced in 1948 when the Arab nations declared war on the fledgling state of Israel, they have grown from roughly 600,000 to more than 6 million.

And, despite many ways in which Israel can improve its dealings with the Palestinians in the West Bank and Gaza, Palestinians living in Israel strongly favor the Israeli government over the Palestinian government. Also, when Israeli companies are able to work freely in Palestinian communities, it brings economic improvement for all. (Think SodaStream.)

But these details, as important as they are, are mere trivialities when compared to the bigger picture at hand, namely, Rep. Ilhan Omar’s glaring, anti-Jewish blind spot.

Another Somali immigrant of Islamic extraction, Ayaan Hirsi Ali, helps shed light on the world in which Omar was raised.

When I was a little girl, my mom often lost her temper with my brother, with the grocer or with a neighbor. She would scream or curse under her breath “Yahud!” followed by a description of the hostility, ignominy or despicable behavior of the subject of her wrath. It wasn’t just my mother; grown-ups around me exclaimed “Yahud!” the way Americans use the F-word. I was made to understand that Jews—Yahud—were all bad. No one took any trouble to build a rational framework around the idea — hardly necessary, since there were no Jews around. But it set the necessary foundation for the next phase of my development.

That next phase was when Ali joined the Muslim Brotherhood, learning of the theological (Quranic) animus towards the Jews, who were the evil occupiers of Palestine. “We were shown pictures of mutilated bodies, dead children, wailing widows and weeping orphans. Standing over them in military uniform were Israeli soldiers with large guns. We were told their killing of Palestinians was wanton, unprovoked and an expression of their hatred for Muslims.”

The political was then weaved together with the theological, producing a deep hatred of “the Jews,” especially those who live in Israel.

This would appear to explain how Rep. Omar could have made such an outrageous, offensive, deplorable comparison in the halls of Congress. The anti-Jewish animus runs deep in her veins.