If You are a Christian Leader, You Should Have a Target on Your Back 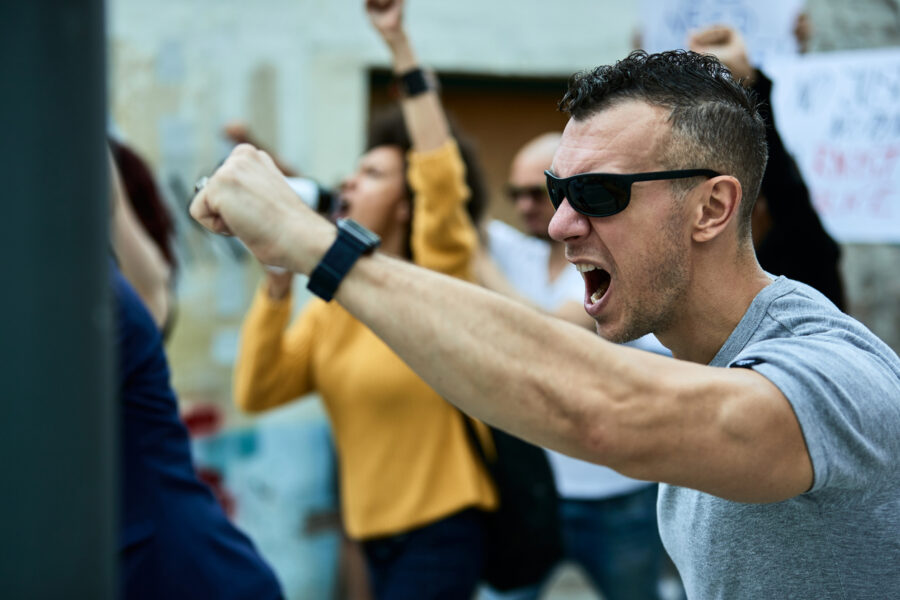 A few years ago, I offered to help an organization I had worked with in the past. They were excited by my offer, since they had followed my work for years and agreed wholeheartedly with the positions I had taken. I had also made clear that I was not concerned about compensation. My goal was to help. But nothing came of it, so I simply assumed it wasn’t God’s timing or plan.

It turns out there was more to the story.

As a colleague within the organization explained to me, a key decision-maker told him that if they became publicly associated with me, then LGBTQ+ activists might target them for criticism and attack. And so, although they respected me and agreed with my position on these issues, appreciating the way I had handled the culture wars, they didn’t want a target on their backs.

When my colleague informed me about this, I replied, “If they don’t have a target on their backs, they’re doing something wrong.”

How Can We Not Have a Target on Our Backs

Really now, how can we affirm what God’s Word plainly says about homosexual practice, same-sex “marriage,” and transgender identity without being branded homophobes and haters and bigots and transphobes? How can we not have a target on our backs?

To be clear, we are called to be peacemakers, not troublemakers. And we should be known for our love, our compassion, our kindness, our longsuffering, our good works. Absolutely.

But you can be assured that if the world hated Jesus, it will hate us too.

The Lord said so Himself, quite clearly and emphatically:

That means that, as we let our line shine and preach the truth in love, we will be hated and reviled by many. Or do we somehow think we can be more Christlike than Christ? That we can be wiser than Jesus was? More loving than the Savior? Not quite!

And what is one reason that Jesus said we would be persecuted? He said, “Blessed are those who are persecuted for righteousness’ sake, for theirs is the kingdom of heaven.” (Matthew 5:10, my emphasis)

When we live righteously and when we stand for righteousness, we will be opposed and vilified. Count on it.

Of course, we can bring unnecessary trouble on ourselves and bring reproach to the name of the Lord by our foul conduct — our hypocrisy or obnoxiousness or self-righteousness or immaturity or carnality or harshness.

When we suffer for our folly, that’s on us. It has nothing to do with the cause of Christ.

But, in today’s hyper-aggressive, LGBTQ+ activist society, you can be assured that for simply holding our ground as Bible-honoring, Jesus-loving believers, we will be attacked and criticized and slandered and maligned.

You Will Indeed Be Targeted

Consequently, if you are a leader in the Body, someone called to live out and proclaim divine truths about life and salvation and morality and family, you most certainly will have a target on your back.

If you speak up for the unborn, you will be targeted.

If you uphold marriage and family as God intended, you will be targeted.

If you engage in effective outreach to the lost, you will be targeted.

If you claim salvation is only through Jesus, you will be targeted.

If you resist LGBTQ+ activism in the schools, you will be targeted.

If you preach the Word of God, with brokenness and humility but without compromise or dilution, you will be targeted.

It is inevitable and it is unavoidable.

As summed up by Paul, writing to Timothy, “Indeed, all who desire to live a godly life in Christ Jesus will be persecuted.” (2 Timothy 3:10–12)

If Not Targeted, Something is Wrong

In short, if we’re not being persecuted or resisted or targeted on some level for our godly living and preaching in Jesus, then something is wrong.

Our Lord had a giant target on His back, as did His disciples. As He said, “A disciple is not above his teacher, nor a servant above his master. It is enough for the disciple to be like his teacher, and the servant like his master. If they have called the master of the house Beelzebul, how much more will they malign those of his household.” (Matthew 10:24–25)