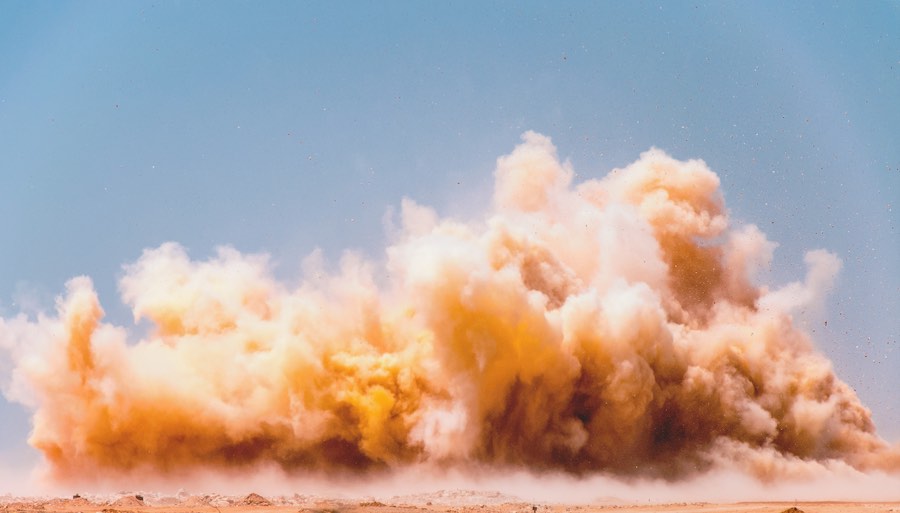 What are we living through? A remake of The Ten Commandments, with America struck by the plagues this time, instead of Egypt? And what shall we do, in times that appear so terribly biblical?

One in five Americans is out of work. Suicide hotline phones burn. Food bank lines stretch around the block.

Federal debt mounts by the day. Much of what we have worked over the years to set aside for retirement, is now owned by Uncle Sam’s creditors. Few politicians, and no Democrats, seem to care. Instead they propose to spend our grandchildren’s wealth as well.

Americans are so angry.

Technology allows us to film any event, then share it with the world at a click. And so the greatest lynch mobs in history form from within the comfort of our shelters-in-place. Two New Yorkers get into a trivial argument over a dog in Central Park, and a woman’s life is ruined without trial or recourse. We might as well put a noose around the necks of the victims of these Two Minute Hates. (As George Orwell called such phenomena in his classic dystopia, 1984.)

The same technology then records an appalling case of police brutality. Such acts have always occurred. As a young man, I once testified in court when a white cop used his night stick too liberally on a suspect, also white, in a “crime” more imaginary than real. It is good that such abuses come to light and guilty parties be punished. But another person died in the ensuing riots, while buildings and vehicles on which innocent people invested sweat, tears, and patiently-accrued cash were smashed, burnt, or stolen. Worse, decades of serious racial progress seem to slide into the gully as such cases selectively come to light and “go viral.”

Murder is actually much less frequent than it used to be in America. As for police violence, fifty police officers are killed in the line of fire a year, while cops are involved in deadly force against a thousand suspects, usually armed and in the process of committing violent crimes. But the vast majority of homicides in America are either white-on-white, or black-on-black.

The Village Is On Fire

Like a ghoul that feeds on hatred, the Internet cherry-picks a few incidents to rile competing angers and feed racial animosities and feelings of persecution. So more blood is being shed in American cities. “We are a village.” But the village is on fire.

G. K. Chesterton said “Men are mad about sex,” and sexual brokenness is burning through America, too. Hook-ups, winked at by patronizing campus administrations, sap the dignity of young men and women. Undergrads thrash about in dorm bedrooms in a drunken stupor, feel regrets the next day, then young men are hauled before campus kangaroo courts. The notion of “purity” has been lost, and virginity has become a joke at which rock stars sneer.

As pestilence followed flies, so riots follow family disorder. Thanks to radical feminist ideology and the collapse of male chivalry, marriage is declining. “Americans hold the dubious distinction of leading the world in chaotic adult relationships,” writes Mona Charen. Do young males smash and loot because they are mad about police brutality? Or because Mom and Dad failed to exchange vows in church, then did not raise their children to understand the virtues that create civilization: discipline, commitment, self-control?

When young men aren’t socialized at home, it falls to the police to enforce harsher rules, or stand aside and let mobs with sticks beat the weak and destroy their businesses.

An aggressive foreign power four times our population challenges us in every arena. China accused America of “throwing rocks on a man in a well” during their own COVID crisis. Now they brag how their harsh policies halted the disease better than our policies did. Xi Jinping forgets that America came to China’s aid when their country fell down its deepest well: when Japanese forces occupied their land.

The Chinese Communist Party also forgets, if it ever knew, that missionaries founded schools and hospitals in China, created written languages for minorities, fed the hungry, launched crusades against foot-binding, opium use, and prostitution, and helped China develop when it had little to offer to the world, building the foundations of China’s present resurgence.

America has forgotten what the Gospel has done for us, too.

The vast propaganda machine constituted by the Media, Educational Establishment and woke tech companies has erased the liberating role Christianity played in forming western and world civilization from our minds. Textbooks praise the “Prophet Mohammed” and ignore Jesus, whose influence helped create modern science, educate and heal, liberate slaves, and raise the status of women around the world. That last sentence may make your neighbors’ jaws drop, I understand. It’s because those aspects of our common history have been systematically wiped clean.

Our president is trying to address America’s challenges. Yet he sends out tweets spreading rumors and conspiracy theories, even wildly accusing an opposing journalist of murder.

His current opponent isn undistinguished career politician whose children made a killing from foreign companies angling for his help. And he seems to be going senile before our eyes. No one knows who will control the levers of power in his administration. We do know he asked Alexandria Ocasio-Cortez — a demagogue whose program for America shows all the humanity and strategic wisdom of the Khmer Rouge — to help craft America’s climate policy.

If all that weren’t enough, there’s still a medical plague out there, too.

Read What the Coin Says

The times seem biblical, as I said, and in the wrong ways. When his own land was in crisis, and he was asked about tax policy, Jesus told his countrymen to look at a coin, and say what was written there. Maybe we should also heed the inscription on our coins:

Maybe then it is time to listen to the One who brought us together as a nation in the first place:

“If my people, who are called by my name, will humble themselves and pray and seek my face and turn from their wicked ways, then I will hear from heaven, and I will forgive their sin and will heal their land.”

Do hear us, Oh Lord. Forgive our many sins. Turn our hearts from hatred, lust, rebellion against Nature’s God, and the scapegoating and tribal rivalries that are consuming us. Bring us back to you. Heal our hearts, and save this broken and troubled land.