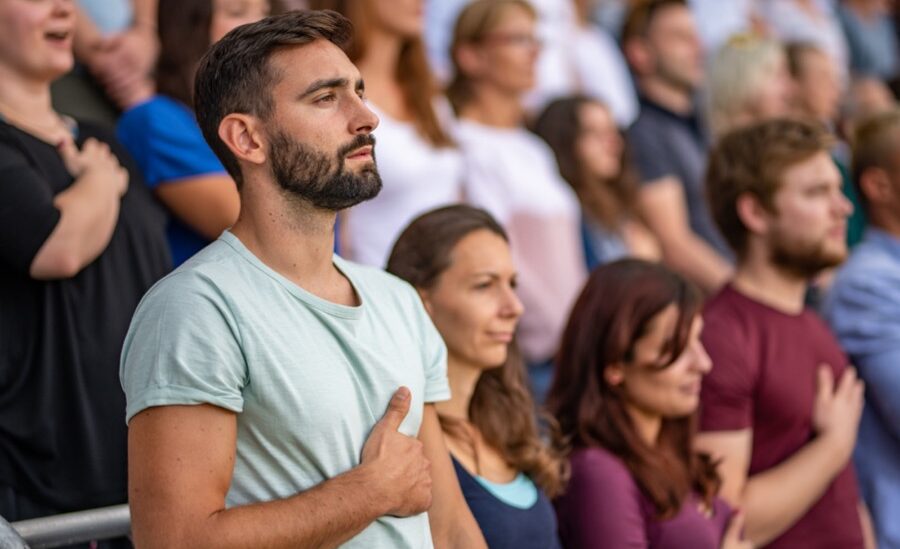 The men’s basketball team at East Tennessee State University disrespected the national anthem by dropping to a knee on Feb. 16th. That act of defiance led state lawmakers to fire off a letter to every public university in the state.

“The National Anthem is a symbol of pride for America,” the letter read. “It lifts our spirits toward the ideals upon which our great country was founded: that all are created equal and endowed by their Creator with certain unalienable rights, including life, liberty and the pursuit of happiness.”

The Republicans urged university leadership to implement procedures to stop players from disrespecting the flag.

During athletic competitions, our student athletes represent not only themselves, but also our universities and all the citizens of this state, many of whom view this form of protest as offensive and disrespectful to the very thing our National Anthem represents,” they wrote. “While we recognize our student athletes may express their own views on a variety of issues in their personal time, we do not condone any form of protest that could be viewed as disrespectful to our nation or flag while they are representing our state universities.

The Republicans bring up a pretty good point.

The lawmakers urged school officials to implement rules against kneeling during the anthem.

“If we’re going to really try to not be divisive, what can we do to make people not want to kneel?” House Democratic Caucus Chairman Vincent Dixie said, via The Tennessean. “What can we do to take that out of the equation? What is causing them to kneel in a peaceful protest? So we can’t protest peacefully? We don’t protest violently. But you want to just hammer us down, or the students down, on every turn.”

Unfortunately, many student athletes cannot be persuaded to do the right thing because of patriotism or human decency. It’s all about dollars and cents.

So lawmakers should present the basketball players an offer they cannot refuse.

They can either stand for the national anthem and keep their scholarships or they can take a knee and go dribble their balls on their own dime.

Todd Starnes is a columnist, commentator, author and radio talk show host. His latest book is Culture Jihad: How to Stop the Left From Killing a Nation. Todd’s new book Our Daily Biscuit: Devotions With a Drawl is available for pre-order.