I Predicted the Left Would Ban Gone With the Wind 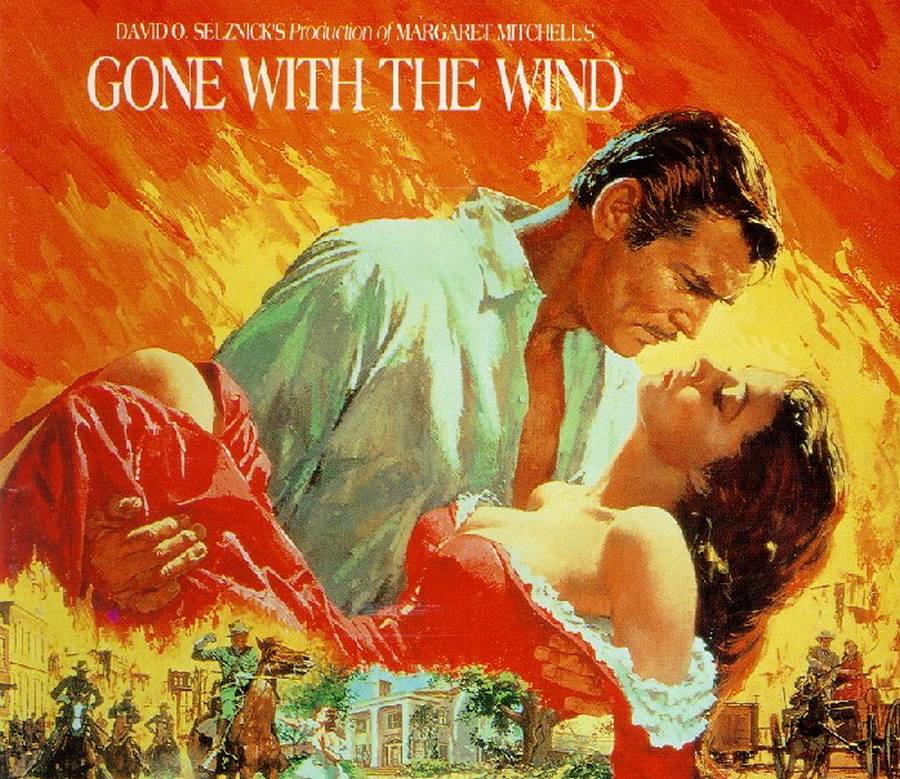 HBO Max has removed the Oscar-winning Civil War epic Gone With The Wind from its library over concerns about racial tensions following the death of George Floyd.

I predicted this would happen in my new book, “Culture Jihad: How to Stop the Left From Killing a Nation. I would sincerely encourage you to get a copy and prepare to defend our great name from the jihadists.

I was ridiculed by many in the conservative and the leftist media for my assertion that we were approaching a day when book bannings and movie bannings would become the norm in American society.

And producers for several well-known primetime conservative television hosts refused to promote the book. As I’ve said many times in the past, most of the people who work in conservative media are not in fact conservatives.

“Gone With the Wind is a product of its time and depicts some of the ethnic and racial prejudices that have, unfortunately, been commonplace in American society,” HBO said in a statement said. “These racist depictions were wrong then and are wrong today, and we felt that to keep this title up without an explanation and a denouncement of those depictions would be irresponsible.”

The film won eight Oscars including best picture and made history when Hattie McDaniel became the first black American to win an Oscar for her performance.

“These depictions are certainly counter to WarnerMedia’s values, so when we return the film to HBO Max, it will return with a discussion of its historical context and a denouncement of those very depictions but will be presented as it was originally created because to do otherwise would be the same as claiming these prejudices never existed. If we are to create a more just, equitable, and inclusive future, we must first acknowledge and underhand our history.

In 2017 the Orpheum in Memphis made national headlines when they decided to ban the beloved Hollywood classic.

“As an organization whose stated mission is to ‘entertain, educate and enlighten the communities it serves,’ the Orpheum cannot show a film that is insensitive to a large segment of its local population,” Brett Batterson, president of the Orpheum Theatre Group, said in a statement.

John Ridley, who won an Academy Award for 12 Years a Slave, praised HBO’s decision to censor the film.

“It is a film that glorifies the antebellum south. It is a film that, when it is not ignoring the horrors of slavery, pauses only to perpetuate some of the most painful stereotypes of people of color,” he wrote.

I wonder if Mr. Ridley would be so bold as to call for the banning of rap and hip hop music that glorifies violence against police officers and women? It’s doubtful.

“Let me be real clear: I don’t believe in censorship,” he wrote. Now that’s laughable because that’s exactly what he’s doing.

“I don’t think Gone With the Wind should be relegated to a vault in Burbank. I would just ask, after a respectful amount of time has passed, that the film be re-introduced to the HBO Max platform along with other films that give a more broad-based and complete picture of what slavery and the Confederacy truly were,” he wrote.

“Or, perhaps it could be paired with conversations about narratives and why it’s important to have many voices sharing stories from different perspectives rather than merely those reinforcing the views of the prevailing culture,” he added.

The War on Western Civilization

As I wrote in Culture Jihad, the Left is hell-bent on tearing down statues of Robert E. Lee and Christopher Columbus. They are banning books like The Adventures of Huckleberry Finn, Little House on the Prairie and  To Kill a Mockingbird.

And unless freedom-loving patriots of all races and political parties rise up these jihadists, we will live the dystopian future predicted in George Orwell’s 1984.

“Every record has been destroyed or falsified, every book rewritten, every picture has been repainted, every statue and street building has been renamed, every date has been altered. And the process is continuing day by day and minute by minute. History has stopped.”

The Culture Jihad has begun, ladies and gentlemen. Read my book.