I Love Telecommuting … Except When I Hate It 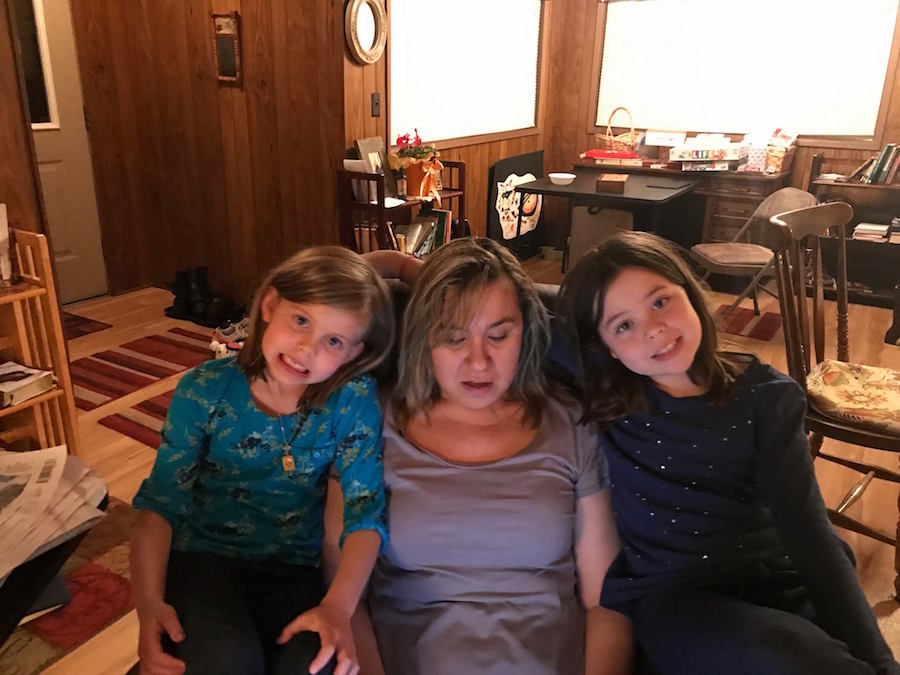 Attempting to work on my laptop at my parents' home with my two nieces around.

I telecommute to my job at The Stream. I couldn’t work there otherwise, since our headquarters is in Dallas and I live in Phoenix. Probably the best thing about telecommuting is not having a real commute to work.

I save a couple of hours a day of time — time that I can spend doing personal things instead. Another advantage is I don’t have to put on a professional work outfit. I can lounge around in shorts and a T-shirt. It’s really been quite a blessing the last four-plus years.

But what about the negatives? There are some things that can really drive me crazy. The first one is technical problems. I am all on my own. If the internet stops working, no one can fix it but me. And it goes down periodically. I used to do tech support for a living, so it’s probably not as hard on me as it would be on some people, but it’s still a pain. Reboot my computer, modem and router. If that doesn’t work, call tech support.

Sometimes my modem or router has gone bad and then I’m stuck driving to Fry’s Electronics to buy a new one. One time it turned out to be a tiny power button on the router that I needed to turn on (I’d never turned it off). All this time takes away from my productivity.

If I were located on site at work, someone from the IT department would have resolved my issue in minutes. It can get incredibly frustrating when I’m working on a time-sensitive article. One time I finally gave up for awhile and went to Starbucks to use their internet.

The Printer From Hell

Then there’s my printer. I have the worst luck with it. It came with excellent reviews, so it should be pretty good. But it has this frustrating problem where it won’t recognize a document when I send it to print for awhile. Sometimes it takes minutes to receive the document. Sometimes hours.

It got incredibly frustrating when I was doing a weekly video series for The Stream on fake news. I’d research the subject and write up an outline in the morning, then print it out before my show started at 1 p.m.

I’ve come to the conclusion there is a gremlin in my printer.

But with the temperamental printer, I never knew if the document was going to print in time. Several times I just handwrote my outline out as fast as I could at the last minute. I’ve spent hours researching the problem online, to no avail. I’ve come to the conclusion there is a gremlin in my printer. Money is tight due to some unfortunate things that happened to me in my past, so I’ve had to put off buying another printer.

It gave me a new problem last week that took awhile to solve. The paper got stuck feeding into it. I tried to pull it out but could not get a grasp on it, and it was firmly stuck in there.

But I needed to fix the problem that day because I had something I needed to print out for the next morning. I do early morning radio interviews occasionally, which can be quite early for me since I am currently in a time zone three hours behind the East coast.

I like to print out my articles before the interviews because the radio hosts inevitably asked me detailed questions about my articles. I’m too groggy that early in the morning to attempt to use my laptop and scroll through it hurriedly find answers.

Finally, I turned the printer over and pulled the paper cartridge out as far as it would go, and that solved it. I could get at the paper and pull it out. But not until half an hour had gone by.

If I’d been in a work environment, there would have been a suitable backup computer for me to use.

And then there’s my laptop. I requested a MacBook Pro from work, since I figured it would give me fewer technical problems than a PC. While this has proven true, it still has occasional issues. One time it stopped taking a charge. I took it to a Mac repair store, but they said it could take a few days to diagnose and fix.

I don’t have a back up computer. My PCs are so old they really don’t work anymore. They freeze up constantly and run very slow. I was stuck trying to use one of the old PCs while I waited for the repair. Needless to say, my productivity tanked. Whereas if I’d been in a work environment, there would have been a suitable backup computer for me to use.

The other big problem with telecommuting is it’s very anti-social. You never see anyone. I live by myself, so I can go days before I see anyone. It gets rather lonely only communicating with people over the internet. I miss out on the camaraderie with co-workers who work on site in Dallas.

I look forward to doing errands just to be around people. Going grocery shopping every few days becomes the highlight of my week, since I get to talk to cashiers. My health hasn’t been good lately, so church attendance has been spotty. But on the other hand, having a job where I can roll out of bed and onto the couch to work has been a blessing with my health problems.

Telecommuting isn’t for everyone. Some people have a hard time with self-discipline, and get easily distracted at home. You can watch television, take a bath, go for a walk anytime and no one will know — but your productivity will slide. I don’t have any of those temptations since I tend to be a workaholic.

Overall, telecommuting has been worth it for me and I would recommend it for most people. Just be prepared for the tech support headaches, and creating a social life for yourself outside of work.

You Will Bear Fruit for God. You Just Might Not See It

In Lockdown, But Still Connecting? 7 Hints for Speaking to a Camera