‘God Just Started Beating the Tar Out of Me’: How a Businessman Started America’s Largest Pro-Life Organization 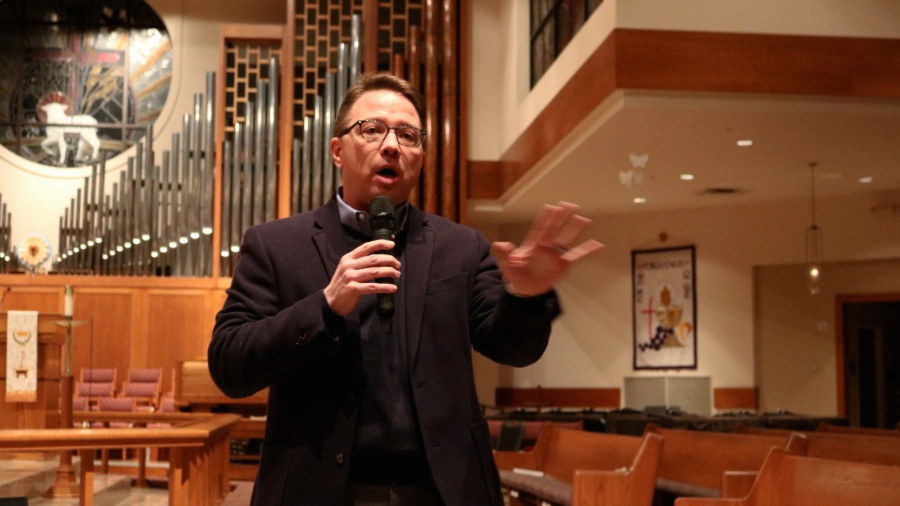 Brian Fisher, co-founder and president of Human Coalition, speaks at a kick-off rally near Dallas, Texas, for a local 40 Days for Life vigil. Afterwards he told The Stream he begrudgingly started and led the organization until the moment, six months later, when his heart changed. "I got the call at 5 o'clock that night. They said, 'We just rescued the first baby that you sent us.' And I just broke down and bawled."

Brian Fisher, co-founder and president of the pro-life non-profit, Human Coalition, spoke last week at a kick-off rally near Dallas, Texas, for a local 40 Days for Life vigil. The Stream caught up with him afterwards to follow up on his conversion to the pro-life movement, which he alluded to in his talk.

The Stream: I just wanted to hear about your conversion story. You said you weren’t really into the pro-life movement when you got into it.

So what got you motivated?

Well, I grew up pro-life, but I didn’t know what that meant really because I didn’t have a good sense of what abortion was. But in the late ’90s I was working in radio. I was introduced to a pregnancy center director, and that was the first time I had even heard of what a pregnancy center was. She said “We help women who are at risk to abort. And I was like, “Really? There are women out there that really want to do that?” And so that was my first education into the movement.

[God] said, “I want you to restart that internet work.” And I’m like, “You have got to be kidding! There’s like 4,000 pro-life groups. The last thing this country needs is another pro-life group. I don’t want to do it.”

But you have to fast forward like ten years later. I was running a non-profit in Florida, and they had a pro-life arm. They basically said, “Hey, we want to use technology to work on this. We have a $38 million budget. We have a huge media presence. How can we do more for pro-life?” So that’s where we started tested the idea of using internet marketing to reach women who were at risk to abort. I thought, “Oh this is super cool. I like this.” Well, then the founder of that organization died. So we moved to Dallas and I went back into the for-profit world.

I was very happy to be back in the for-profit world. I’m a business guy. I like numbers. I like the chase. You know, I like to win. And God just started beating the tar out of me — just in my prayer life, and just kind of making me miserable. He said, “I want you to restart that internet work.” And I’m like, “You have got to be kidding! There’s like 4,000 pro-life groups. The last thing this country needs is another pro-life group. I don’t want to do it.”

So the original organization had fallen apart when he died.

Yeah. The organization kind of slowed way down and they stopped doing the project that we had started. So nine months later I was like, “Okay.” So I call them up. I said “Hey, I’m thinking about starting this as a volunteer gig. Is it alright if I take the idea.” They said “Yeah, we’re not going to do it.”

So in ’09 I filed to start a non-profit. I used LegalZoom because I was too cheap to hire an attorney. Filed all the paperwork myself. ‘Cause I’m like, “This is so stupid. I can’t believe I’m doing this. There’s all these other great organizations.” I was really not happy about it, and I complained. Then the IRS gave us trouble for a bunch of time. They wouldn’t give us our [501](c)(3). That was when they were discriminating against conservative organizations, but I didn’t know it. So Dec. 31 of ’09 we finally got that settled.

On June 22, 2010, the first baby was rescued. I got the call at 5 o’clock that night. They said, “We just rescued the first baby that you sent us.” And I just broke down and bawled — I mean I just lost it. And I’m the farthest thing from an emotional person. I’m a driven business man. But I was broken. Mainly because God saved me when I was six. And here God had condescended to use me to save one of his own children, and all I had really done for the previous year was bicker about it. I was really broken.

I went from being theologically pro-life and very reluctantly involved, to being sold out and ready to take the hill — in about 30 seconds. But it was the act of saving a child — of being a part of that process.

So I went from being theologically pro-life and very reluctantly involved, to being sold out and ready to take the hill — in about 30 seconds. But it was the act of saving a child — of being a part of that process. So I was like, if we can save one, maybe we can save two, and if we could save two, then we could save 10. And here we are at 11,600, and growing every year.

You said you’re the largest…?

We’re the largest pro-life organization in the country. We have 155 employees. We’re at roughly a $16 million budget this year, which is very small in corporate standpoint. But in the pro-life movement that’s enormous because all the pro-life groups are super, super tiny, for the most part.

That’s only seven years of being full-time. It’s just exploded. Lots of good reasons for it, but all of them point back to — God’s just decided to do it, and we’re trying not to screw it up — let Him do His thing. He’s the CEO. There’s no C-level employees. We don’t have a CFO. We don’t have a COO. God holds all those titles. We just try to listen and keep up with what He’s doing, and not screw it up.