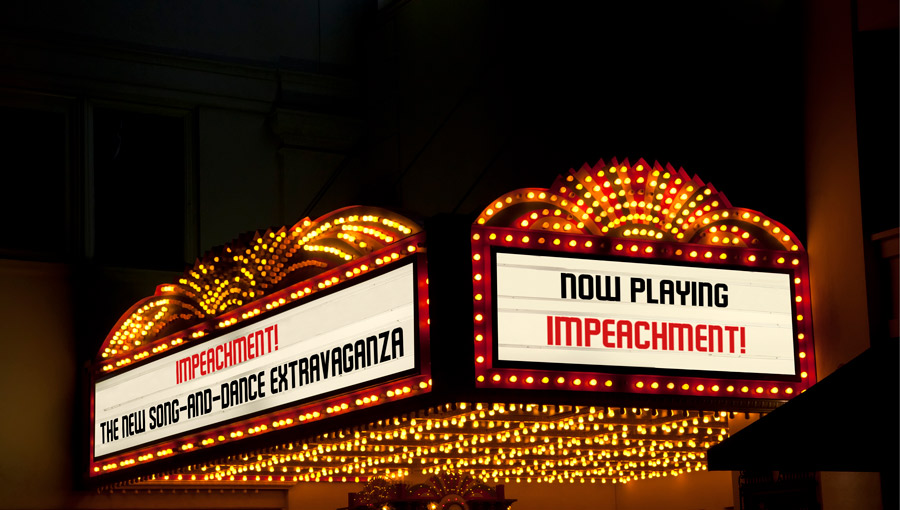 Wednesday, to nobody’s surprise, the House voted to impeach President Trump a second time, on grounds that he incited the violent protesters who stormed the Capitol. They were in such a rush to impeach him before he leaves office that they didn’t take time for the standard legal procedure of presenting evidence and letting him defend himself.

The vote was 232-197, with 10 Republicans joining the Democrats against Trump.

One Republican, Rep. Liz Cheney, was particularly outspoken, declaring, “The president of the United States summoned this mob, assembled the mob, and lit the flame of this attack. Everything that followed was his doing.”

However, the FBI later announced that they had picked up evidence of plans for violence at the Capitol as early as January 5, the day before the attack. They suspect some of the participants left the Trump rally early to pick up supplies and meet at the Capitol.

If so, that would mean that Trump’s speech, while it might have been irresponsible, did not incite the Capitol rioters, who planned their attack in advance and left before his speech to launch it.

This could mark the second time the Democrats rushed to judgement to impeach Trump, only to have their efforts collapse once they left the hyper-partisan House because they substituted partisan anger for solid legal evidence. This article explains how a Senate trial might not even happen.

Joe Biden seems to have cold feet about continuing this impeachment trial in the Senate, at least judging by his statement yesterday reminding Senators of “other urgent business” and his suggestion that they split their time between that and other things.

The fact is that by pulling this final rebuke of Trump, the House may have undercut Biden by handing the Senate a divisive, time-wasting responsibility — a trial to remove a President who’s already left office — just as Biden will be coming into office and wanting to fast-track his agenda. Mostly because they hope to ban Trump from running again, which it’s doubtful the Senate has the power to do. It also tells us that for all their vilification of Trump, they still fear he might beat them in 2024.

Speaker Pelosi and the Democrats seem to think that they have put a real super-duper stain on Trump by impeaching him twice. But more so, they’ve stained themselves as rabid partisans and permanently devalued impeachment. Being “double-impeached” without proper procedure of evidence as he’s leaving office anyway is as hollow as Dean Wormer warning the frat boys in Animal House that they’re on “Double Secret Probation.”

Impeachment of a President is the most drastic of all remedies for the most serious of offenses. It’s a grave Constitutional crisis that should be undertaken with the utmost seriousness. By talking about impeaching Trump from the moment he was elected — then impeaching him over a phone call and having the Senate throw it out — and then impeaching him again when he’s leaving office over a riot incitement charge that not only wouldn’t pass legal muster, but the people accusing him of it would be as guilty as he is — they’ve reduced that most solemn of last-resort responsibilities to a nakedly partisan political ploy.

Want proof? A Georgia Republican Representative has announced she plans to introduce impeachment articles against Joe Biden the day after he takes office, over corruption related to China and Ukraine.

Of course, it won’t go anywhere in a Democrat House. But as satisfying as it might be for Republicans who’ve had to put up with Trump being attacked from day one — and now accused of attempting a coup by the same people who enabled the Russian Collusion attempted coup, and of inciting violent rioters by people who’ve spent the past year defending violent rioters — do we really want a banana republic-style nation where impeachment is just a meaningless political weapon that every President can expect to get hurled at him by the other party, like a mudball?