How to Do Summer 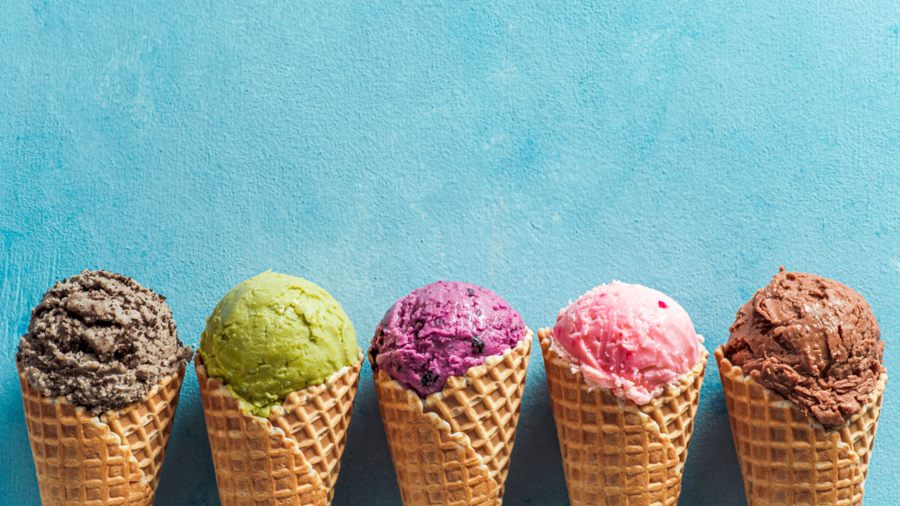 Summer was canceled last year due to COVID, and (if you live in Michigan) due to Queen Jadis of Lansing, who found a way to morph “always winter” into “never summer.” Maybe you forgot how to celebrate the season.

Several elements are essential to enjoying summer properly. Some seem too sacred to discuss here (backyard barbecues), while others are too profane. Like summer blockbusters. (What, the aliens are back again, and this time they want to eat us?) So let me focus on three rites of summer that seem fit for public discourse: water, watermelon, and ice cream.

The Importance of H2O

Water is a magical substance. It was formed from two atoms of hydrogen born in the Big Bang, mating polygamously with one atom of oxygen built up from carbon created in a “triple alpha process,” inside stars six times hotter than our sun. Water has the rare quality of expanding when frozen, keeping oceans from freezing. It is a universal solvent. The reason rivers run with wine in fairy tales, said G.K. Chesterton, is so we can remember the astounding fact that they actually do run with water.

And then, if the sun is shining, we can go jump into them.

I tolerate fishermen and water-skiers at a distance. But water is made for dunking. You must release your inner river otter to fully enjoy the season. Where? You have several options, depending on your income level:

A. Buy Bill Gates’ house on Lake Washington, the glacier-carved 22-mile lake dividing Seattle from East Side tech sheikdoms. It’s good for swimming from late May through September. (Longer, if you’re a land-locked sockeye.) Duck for hydros in August.

B. Purchase a summer cottage at the lake in Maine that E.B. White wrote about.

C. Time-share beach-front property with an alligator in Florida.

D. Rent a cabin in Glasgow, Montana and go fly-fishing with Brad Pitt.

E. Hunt for free local swimming holes, like Tom Sawyer and I have done (not at the same time and place, unfortunately). My family lives within walking distance of a cold mountain stream that is choked with rafters in the summer. But I can go a mile downstream and find myself alone with rainbow trout and an occasional duck.

In my region, one can swim lowland lakes in late spring, then follow mountain trails to the liquid jewels of the Alpine Lakes Wilderness, immersing oneself in a chilled, crystalline aquamarine abyss. Gazing into the deep blue, one feels the fear Pascal expressed about the “eternal silence of infinite spaces,” combined with the delight of flying in a medium that massages your skin.

Or let water plunge into you. W.C. Fields famously deprecated consumption of H2O. But on a hot July day, could even he pass up a slice of cold, sweet watermelon?

Seedless watermelons, you tell me, are “convenient.”

You’re no fun. Summer, like life in general, is meant to be a sticky, inconvenient mess. The best watermelons come seeded, for five reasons:

A. This is Nature’s Way.

B. It is cruel to entice vines to produce big, luscious melons for your enjoyment and refreshment, but leave them no hope of reproductive success. Unseeded watermelons are like cooking a young goat in its mother’s milk: Moses frowned at such tricks. It’s not nice to fool Mother Nature.

C. Those dark, slippery little pellets mark a pleasing contrast to the surrounding pink pulp, which is neither solid, liquid, nor gas, but some fourth, more flavorful state of matter.

D. Scattered on the ground, watermelon seeds are like the bones that primitive man left lying around the fire pit after feasting on a woolly mammoth. Your ancestors will look down from heaven and be proud at your brave conquest.

E. Plus you can spit them at your brother.

“What about other fruit?” You ask. “And haven’t you forgotten fireworks, the summer’s brightest glory?”

While in English, “watermelon” is the only fruit that begins with “water,” in Chinese, every fruit is a “water fruit.” And I see the ripening of fruit in my garden as the coolest fireworks display of the season.

The show begins with a ground bloom of ruby strawberries from late May to the Fourth of July. Blueberries and blackberries begin to light off like savory sparklers. Then branches overhead fire with showers of yellow-orange peaches and green Gravenstein apples dappled with streaks of light red.

In late summer heat, Bartlett pears light the canopy with yellow, and Italian plums with royal purple, as if to the sound of Handel’s Water Music as King George floats down the Thames. Then Concord grapes, in a grand finale of regal opulence, loose a crescendo of dark fruity flavor that fades only as pearls of dew grace early Halloween cobwebs.

The arc of summer heat is long, but bends towards succulence.

Speaking of which, I have yet to mention ice cream, the fifth state of matter, vying with the tastiest peaches (or combining with them) as a seasonal virtue. Ice cream is, of course, becoming increasingly controversial in our polarized era.

True, your great-great grandchildren will still be paying for this president’s spending. Sure, his China and border policies and encouragement of Critical Race Theory and Cancel Culture undermine the foundations of our nation. But in one area, Joe Biden is providing exceptional leadership: consumption of ice cream. 121,462 people are employed in Big Cream. Fulfill your patriotic duty, Americans!

What flavor, you ask? As a writer who grew up on Aleksandr Solzhenitsyn, I must speak truth to power. Chocolate chip is for cookies, Mr. President. Rocky roads, almond pistachios, coffees, and butter pecans are flavors of which the men who stormed Normandy would approve.

Green tea is an acceptable price of friendship with a faithful ally, and Italian ice creams can be counted among the rightful spoils of conquest. But cookie dough? Bubblegum? Crab? Garlic? Such depraved flavors represent intersectionality run amok. Best of all, perhaps, is a simple bowl of vanilla bean laden with fresh garden fruit, maybe some chocolate syrup and nuts, consumed with your feet dangling in a mountain stream, while the wind sifts cottonwood leaves against a clear blue sky.

Welcome back, summer. We’ll talk about baseball another year, when we Seattleites have something to talk about. Maybe another century.

David Marshall, Ph.D., is the author of Jesus is No Myth: The Fingerprints of God on the Gospels, and How Jesus Passes the Outsider Test.